THE PURGE: The Top 1% Never Had It So Bad 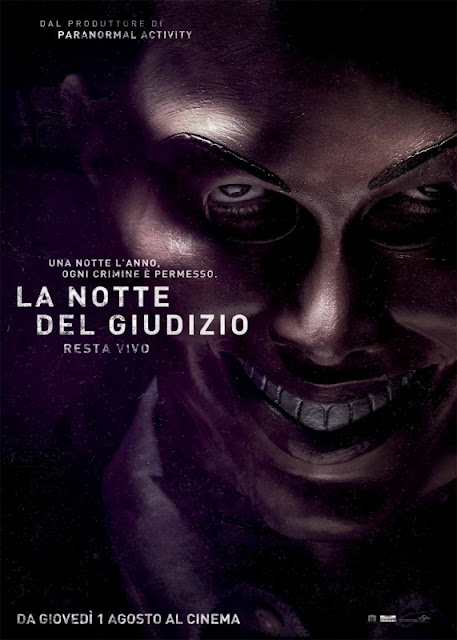 The Purge, at its core, is a very simple movie. In the future (or just an alternate reality), America has been rebuilt. A corner stone of this new America is a 12-hour holiday where average citizens get to rain hell on each other without consequence. One wealthy family thinks they are is safe in their luxurious security fortified home. That is until their youngest child shows a stranger mercy and leaves them exposed to the darkest side of humanity.
The film just runs from there. Produced by Michael Bay (the Friday the 13th remake) and directed by James DeMonaco (Little New York) this seems to be the little movie that could.

Made on a budget of only 3 million dollars, it has already made that money back on its first night and is on track to make much more from there. Honestly, this looks like the future of Rated R films: Low budgets that preserve profitability while still maintaining a certain level of quality.
And trust me, DeMonaco has directed a quality movie here. While it is the highest of high concept, the attention to detail in the storytelling adds layer after delicious layer. Best of all, it easily overcomes its slasher film overtones and manages to be a legitimate commentary on violence in the media, the media itself, and today’s political climate. In a sense, it does what the Hunger Games is trying to do without all the glitter and hair dye.
The players truly sell this concept, making this movie feel sincere. Ethan Hawke, as usual, is superb as the father of the house, James Sandin. Most of all, Lena Headey is a marvel to watch as the mother, Mary Sandin. From beginning to end she manages to put out an energy that sets the tone for the entire movie. I don’t know any other way to put it. Adding tension is Rhys Wakefield as the main heavy (known as the “Polite Stranger” in the credits). These three performers make up for the rest of the cast’s somewhat stereotypical depictions.
Where the movie stumbles is with the family itself. While this is clearly supposed to be about a family in turmoil the script fails to take advantage of that or develop these aspects further. Besides that, some twists defy belief or aren’t addressed by any of the characters. Also, things get a little cheeky towards the end.

ACTION A GO GO OR ACTION A NO NO?  Action A No No! 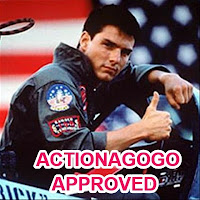 This movie is a surprise on a bunch of levels. However, you may be asking yourself why it gets five out of five Arnolds? Well, it’s simple: The action, attention to world building, the details, and the story. The film works hard to keep you guessing. In other words, this is good stuff and deserves to be checked out in theaters.
P.S
You can read more about Lena Headey in a DUELING MOVIES post I did that featured Dredd 3-D (2012) going up against Judge Dredd (1995). It’s epic, if I do say so myself.