Retrospective: Looking Back at Superman: The Movie 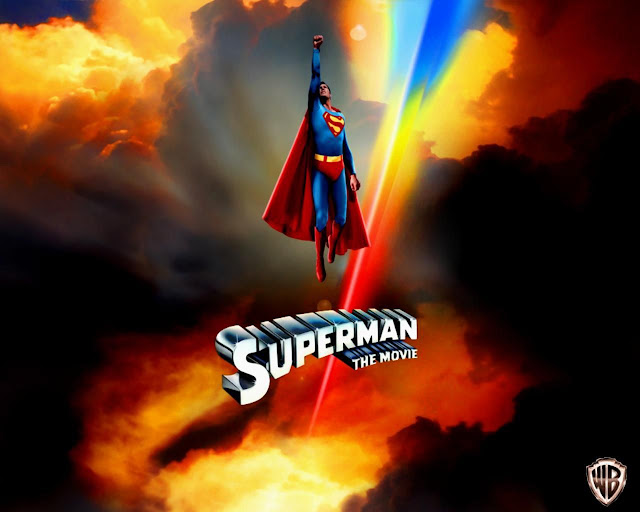 Directed by Richard Donner, Superman: The Movie is the first major super hero film.  Sure, there have been on-screen treatments of the superheroes in serials from the 1940s — and let’s not forget the Batman television series of the 60s, but these fun iterations always skewed into the realm of camp. Superman: The Movie, however, offered something more. No longer was the character treated as a simple two dimensional character, now we had a fully realized hero that audiences could relate to. So let’s get right into what makes this movie so damn amazing.

Superhero movies have gone from being barely a genre to the number one game in blockbusters. With major hits like The Dark Knight (2008) and The Avengers (2012), everyone wants a piece of the superhero pie. Supermanis the blueprint in which every superhero movie should follow if they hope to be even a moderate success.  The thing that makes the film work so well is its focus on its characters — how they bounce off one another. Sure, the action is great and the special effects top notch for the time, but they serve only to compliment the brilliance of the casting.

Christopher Reeves stars as the Man of Steel, and by all accounts Reeves is SUPERMAN. He nailed it, right down to his dual identity as Clark Kent. The actor’s ability to distinguish awkward, shy Clark from heroic and charming Superman was flawless and, in my opinion, has been unmatched.

Also, we have ­­­Margot Kidder as Lois Lane, Gene Hackman as Lex Luthor, and Marlon Brando as Jor-El. Kidder as Lois Lane was just as fun to watch as Reeve’s Superman. She was everything Lois was supposed to be, a fast talking reporter with quick wit and a do it herself attitude. Naturally, a guy like Clark would find this city girl attractive. Their dialogue as Lois and Clark is definitely one of the highlights of the movie, they have such great chemistry you want to see them get together. Hackman’s Luthor, on the other hand, has always bothered me, but not in a big way.

Lex Luthor is one of my all-time favorite baddies in comics. He’s a super-genius who has spent his entire life perfecting himself and he feels that Superman undermines his very existence. Luthor spends his unlimited resources devising deathtraps and building super robots to destroy our boy in blue. It’s important to note that other versions of the character re-imagine him as a corrupt business man who doesn’t believe in getting his hands dirty. Both of these iterations are infinitely more compelling than what we get in this movie.

Lex is essentially boiled down to comic relief, even saddled with a bumbling sidekick named Otis and a sexy airhead named Eve Teschmacher. Despite all of these detractors, Gene Hackman delivers a solid performance. If only it had been taken a bit more seriously.

Marlon Brando gets full blown Shakespearean as Superman’s biological father Jor-El. It’s a memorable performance that even transcended his death when it was used again in Superman Returns (2005) years later.

In conclusion, Superman: The Movie is well-paced, keeps you engaged and has the right amount of set pieces scattered throughout the film. John Williams score is as memorable and iconic as Superman himself. Just the first five notes will get you hyped for the adventure that’s ahead. The movie is a milestone in special effects, coming out just a year after Star Wars broke new ground in that department, and manages to bring Superman’s world to life. Things that originated in this film have become part of Superman’s canon, like the crystallized look of Krypton or Pa Kent’s heart attack. These things struck a chord with people and have managed to stick. Aside from a really cheesy resolution at the end, this movie will leave you feeling inspired, empowered and, most importantly, you will leave believing a man can fly.