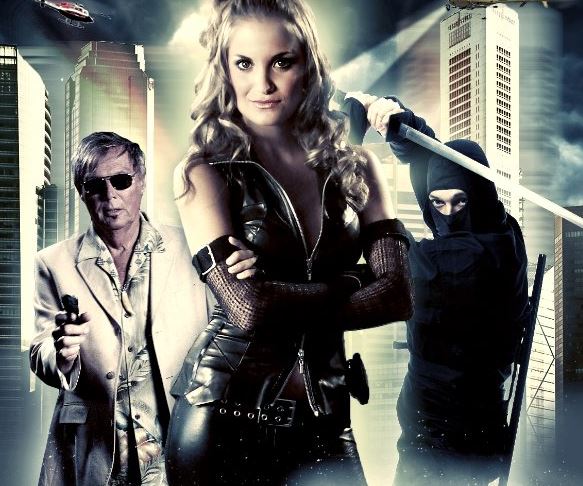 It’s the year 2007. So far away, yet it feels so close. Sugar-coated pop music was all the rage and the iPhone hadn’t yet changed computing forever. And this is the era that Sexina is lampooning with big helpings of nostalgia thrown in. But we’ll get to that in a minute.

The movie is written and directed by Erik Sharkey (Drew: The Man Behind the Poster) and stars Lauren D’Avella as the title character, Sexina. She is a pop star/private eye trying to take down an evil music corporation headed by The Boss (Adam West, 1960 TV’s Batman) and his robotic boy band. If that sounds ridiculous, that’s because it is. There is also a heavy subplot that involves bullying and high school angst.

Along the way the movie provides a heavy mix of genres that it eagerly parodies. At times it’s a spy film, at others it’s a high school drama…and then it turns into a detective yarn! The whole while it never strays too far from its ridiculous premise and refuses to take itself too seriously. For these reasons, I absolutely loved Sexina.

With B movies it’s generally expected that the final product will fall short when it comes to on screen “polish”. That’s fine. It’s a B movie. But what makes a “bad” B movie is when the intended comedy falls flat. That’s not the case with Sexina. I found myself laughing out loud in surprising places, and enjoying just how far this movie is willing to go to get a laugh. The Sexina is also lifted up by some good performances. Chief among them is Sexina herself, Lauren D’Avella. Her acting style is wonderfully natural and her comedic timing is pitch perfect. The only downside is that I went to her IMDB page and saw that this is her only real film role. Criminal.

You can’t beat a classic.

The rest of the cast does a solid job. Adam West is Adam West. In general, a West performance relies on the actor being very aware of  his place pop culture.  He’s always worth watching, and even back in 2007 (when the film was made) West knowing, totally self-aware approach is on display.

There are other standouts amongst some, admittedly, wooden performances, but it’s all in the spirit of the film itself. One definite low point includes some of the music numbers in the film. They kind of go on a bit too long at times. However, the one huge musical highlight is the song that opens up the movie, “Sexina” sung by pop icon Davy Jones. He puts his heart into deliberately absurd lines like “she’s got the boobs and brains of a queen.” The catchy tune had me giggling the whole time. 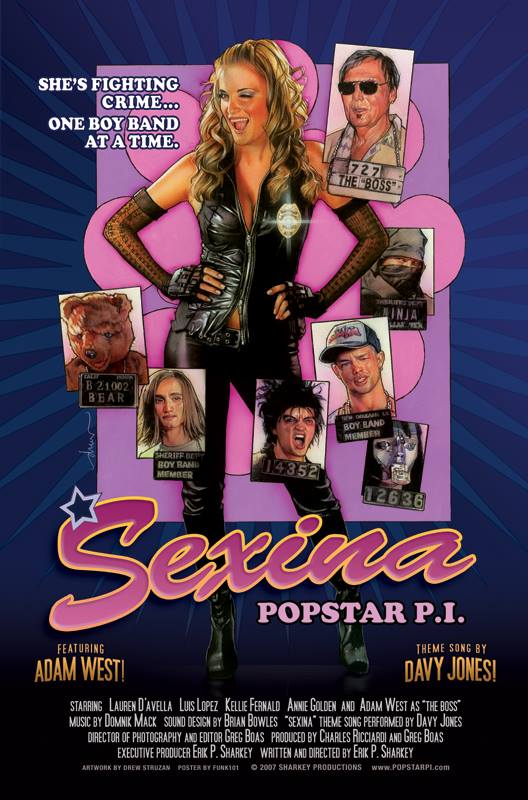 To Sharkey and crews credit, the one thing that isn’t a weakness is the movies age. Despite having a few obvious mid-2000s references, the film felt very fresh. I guess making fun of pop music never goes out of style. Just look at Top Secret (1984).

The DVD also comes with bloopers, outtakes, deleted scenes, as well as an extended blues performance by Chris Carter, who is also featured in the film. There is also a behind the scenes featurette with Davy Jones that shows him having a great time making the song.

Sexina is $9.99 on the Wild Eye Releasing website. If you have a weakness for B movies and are in the mood for a laugh then definitely check it out. You’ll definitely have more fun than you think. I know I did.