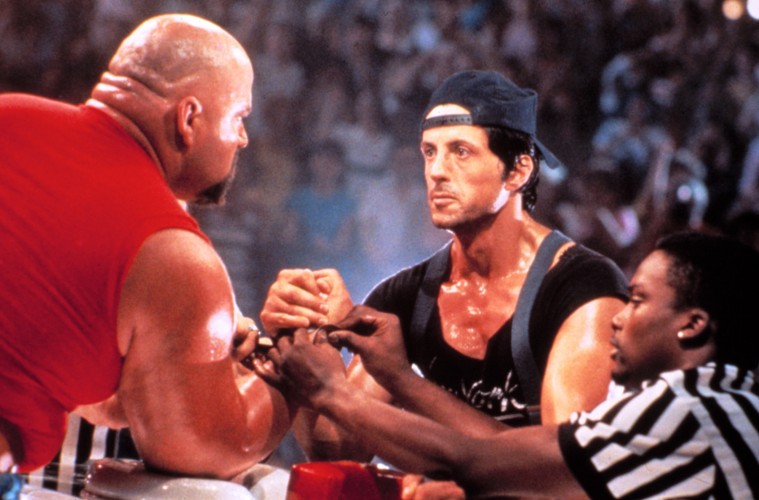 GREAT MOMENTS IN ACTION HISTORY: “OVER THE TOP” ARM-WRESTLING SCENES

1987’s “Over the Top” was a critical and commercial flop, but it gained a cult following from VHS and airing on stations like TBS or TNT. It even produced a short-lived line of action figures. The film starred Sylvester Stallone as a truck driver named Lincoln Hawk who supplements his income by arm-wrestling as a side-hustle. Most of the film consists of him trying to bond with his estranged teenaged son, Michael (David Mendenhall). Michael spends so much of the movie crying and acting-out that a drinking game  should be made: “Take a shot every time the boy cries!”. 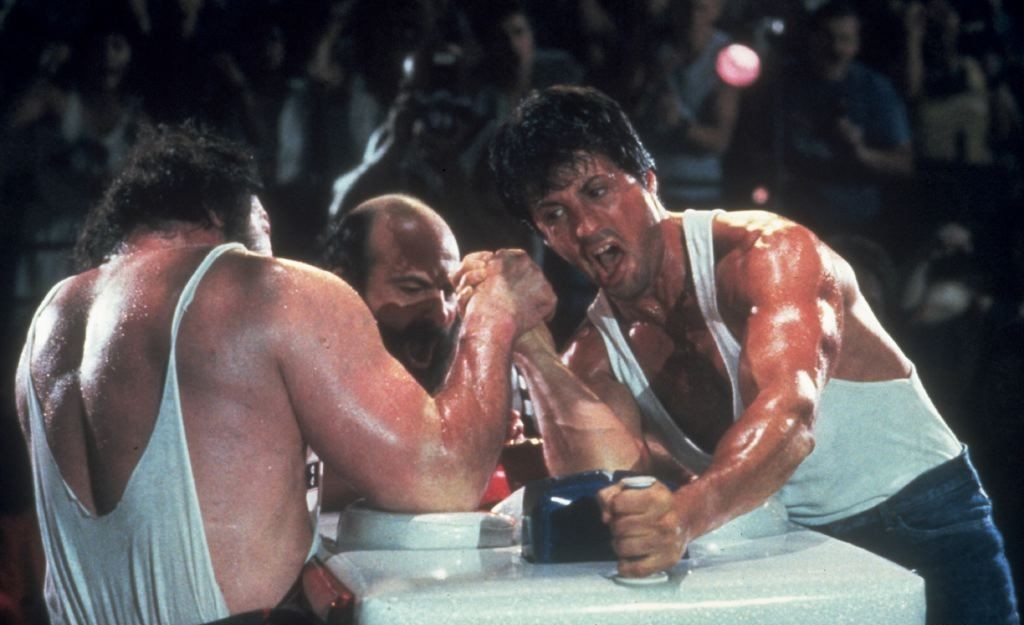 Some of the action in the film comes from Hawk getting in fist-fights and using his truck to do some damage. But most of it comes from the arm-wrestling bouts. The last 30 minutes of the film is dedicated to an international arm-wrestling contest in Las Vegas. Hawk bets all of his money on himself, reunites with his son, and leaves with him after winning the tournament. The movie’s exposé into the world of arm-wrestling parallels that of professional wrestling with excited crowds, referees, colorful characters, names, and personalities such as John Grizzly, Bull Hurley, Smasher, “Mad Dog” Madison, et. al.

Below is a video from the movie showing a montage of Hawk’s and the others’ progression through the tournament. The song playing in the background is “Winner Takes All” by Sammy Hagar and makes the montage the perfect ’80s music video. It’s hilarious and full of testosterone (even the the interspersed scenes of the women’s arm-wrestling portion of the tournament) with men smacking themselves to get psyched, showing off their muscles, and growling like animals. But there’s also a scene where an arm-wrestler genuinely suffers a dislocated elbow. The second video has Hawk persevering in two intense matches, but not before putting a beating on hardcore wrestler Terry Funk.