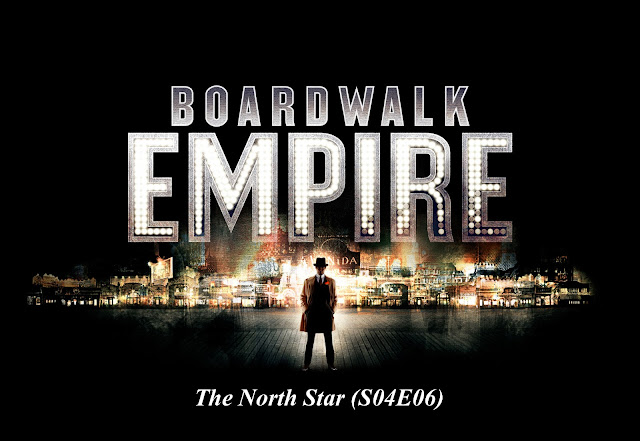 Human beings have no innate sense of direction. When man-made navigation devices fail, that’s probably why men adamantly turn down external assistance when they end up getting lost. Even without any kind of compass, they seem poised to just throw their arms in the air and admit defeat.

The lost often forget about the sky. Specifically, looking to it when lost. When you find your north star, you know where you’re headed. After viewing HBO’s most recent episode of Boardwalk Empire, its title is an apt description of the characters losing their way and making detours that provide only temporary catharsis, no peace. And since this is the first review of its kind on AAGG, I’d like to give non-viewers of Boardwalk a brief intro to the show’s premise:

Prohibition-era criminals and politics centering in Atlantic City, NJ. With crime and politics, it’s a combination to force folks into situations where they fight for their own survival and to maintain their own power. 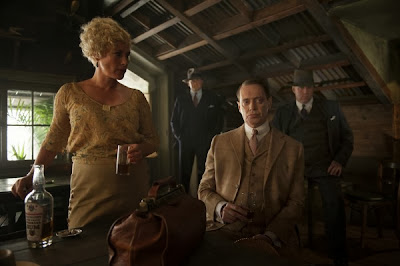 This week’s episode begins with Nucky Thompson (Steve Buscemi) grieving over the suicide of his manservant Eddie Kessler (Anthony Laciura). To that end, he travels to New York to meet with his estranged spouse Margaret Thompson (Kelly MacDonald) for breakfast. Considering how they ended it in the season 3 finale, it’s an awkward exchange to say the least. Nucky obviously wants to emotionally connect with someone so he can express his feelings, but he’s unable to articulate them beyond a stammer: “It’s Eddie, he’s….”.

As for Margaret, she’s got a haircut and a better life for herself and her children in the city. The awkwardness of the exchange, though, is punctuated on both sides. When Nucky slides a wrapped present to Margaret as a gift for her son, she asks if it’s a live creature. To which Nucky responds, “I wouldn’t put anything living in a box“. Both of their faces become horrified at the statement, but Nucky catches himself and apologizes. To those who don’t know, one of Nucky’s enemies in NYC actually shipped one of Nucky’s hitmen back to him dead in a box. That hitman, Irish assassin Owen Sleater (Charlie Cox) was sleeping with Margaret.

As Margaret departs (thank God, she’s an annoying character), she leaves Nucky with condolences about Eddie. She tells him that “No one knew you or could take care of you the way Eddie did“. It leaves him disturbed because he knows she’s right. What’s more, Nucky knew almost nothing of the man who tended his every need.

Nucky travels to Florida, buries himself in a real-estate business deal to distract himself. Working with frequent associates Meyer Lansky (Antol Yusef) and Charlie Luciano (Vincent Piazza), Nucky forms an alliance with Vincenzo Petrucelli (Vincenzo Amato). Luciano backs out of the deal after Petrucelli recognizes him and intimates that he’ll tell Charlie’s boss that he’s making deals on the side. Lansky still decides to complete the deal without Luciano, his longtime partner and childhood friend. The writers can go many ways planting the seeds of a partnership dissolution, but I don’t think it’ll go in the direction of full-blown destruction considering the real-life history between Luciano and Lansky.

Meanwhile, during his stay in Florida, Nucky has drunk-sex with local bartender Sally Wheet (Patricia Arquette) after they have a fist-fight over Nucky’s self-pity regarding Eddie. I’m guessing it must’ve been good because he later informs his business partners that Sally will be handling his business affairs in Florida in his absence. 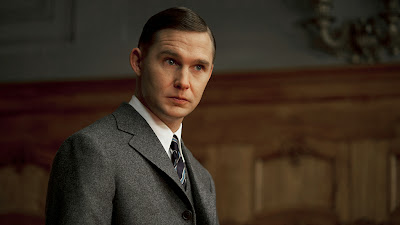 In Atlantic City, Nucky’s brother Eli (Shea Whigham) is investigating Eddie’s suicide. With the help of duplicitous FBI Agent Warren Knox (Brian Geraghty), he gains access to the safety deposit box that Nucky left with Eddie. Assuming that Eddie killed himself because he stole the money in the box, Eli is surprised that the money is all Realizing that he knew next nothing about Eddie (not even that he had children), Eli breaks down and anguishes over his own feelings as a parent. Agent Knox gives him a handkerchief with initials embroidered on it that Eli seems to recognize. I keep wondering what the payoff will be when Eli and Nucky discover that Agent Knox was the catalyst in Eddie’s suicide. 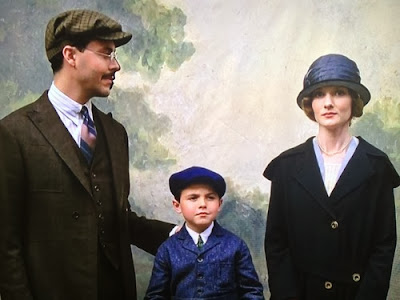 The theme of losing your way and finding your way back is perhaps most accentuated with this season’s storyline for Richard Harrow (Jack Huston). He’s a young man who has been in war, permanently damaged by it, and is a trained expert killer. Despite his repeated and prolonged exposure to killing, he’s sickened by it now. He can no longer bring himself to kill. After a chance meeting with Paul Sagorsky (Mark Borkowsky) in a VA hospital, it gives him the gall to try to make things right. Last season, he manhandled Paul for his treatment of his daughter, Julia (who Richard was courting). Richard left young Tommy Darmody with Paul and Julia after brutally removing him from a real den of iniquity. Paul, a former soldier dying of cirrhosis, sympathizes with Harrow’s dilemma and declares him a hero for rescuing Tommy from his grandmother’s brothel (even if he did kill most of the gangsters there to do so). That was his encouragement to reunite with Julia (Wrenn Schmidt) and little Tommy (Brady Noon). Tommy is overjoyed and explains the title of the episode in the same scene. Julia is slowly accepting Richard back into her life. If Tommy’s heroin-addicted 40-year-old grandmother (Gretchen Mol) shows back up to claim him and make hurtful/patronizing remarks to Richard and Julia as a couple, I hope Ms. Darmody gets her comeuppance. 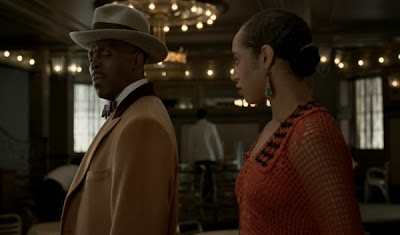 Lastly, Chalky White (Michael Kenneth Williams). A man defined by the dichotomy of his unpredictably explosive feelings, gets his release. He has a successful Cotton Club-esque nightclub on the boardwalk, but the star of his club, Daughter Maitland (Margot Bingham), is the cause for his angry frustration. Jeffrey Wright’s character, Dr. Narcisse (who is absent tonight), presented Daughter to Chalky. To him, she represents someone else having control over what he built. It also speaks to Chalky’s own insecurities and self-hatred. He loathes Dr. Narcisse for gaining some control over his nightclub through imposition, and even more for being an educated erudite African-American. Chalky also feels that Daughter’s attitude and respect are lacking when she performs music not listed on the bill, despite the positive reception from the audience. During an angry confrontation, she proves she can hold her own against Mr. White. The result? Angry sex.

I’m glad to see certain characters return. Paul & Julia are a welcome fit. I wouldn’t mind if Kelly MacDonald’s Margaret was relegated to the role of guest star. Frankly, she should’ve been killed off last season. She’s just not that interesting without Owen Sleater. And even then, the interest was marginal at best.

It’s interesting that Nucky and Chalky lack sight for which way to go and alleviate their frustrations through the kind of sex that provokes thoughts in almost the same manner as the stairway sex scene in 2005’s A History of Violence. Most of the female characters on the show are not above using sex to their advantage. Most except for Julia. Since her introduction, she’s been shown to be a beautiful woman with a kind heart and quick wit. Thematically, she’s Boardwalk’s single outlier in terms of its female characterization. Apart from suspense and the sex, there was no noteworthy physical action. Regardless, it’s the suspense that keeps the build-up from becoming unpredictable.