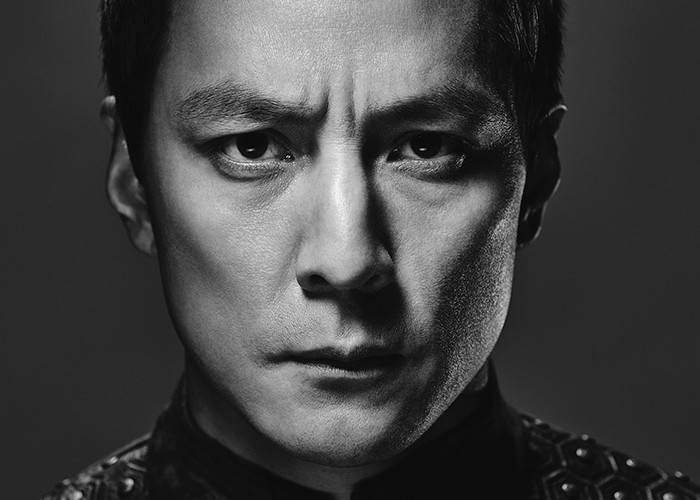 Episodic television received a considerable jolt in the arm this past November thanks to AMC’s Into The Badlands. Airing after Walking Dead, the show is a post-apocalyptic, kung fu spectacle starring Daniel Wu (New Police Story), Martin Csoskas (The Equalizer), and Emily Beecham (28 Weeks Later). 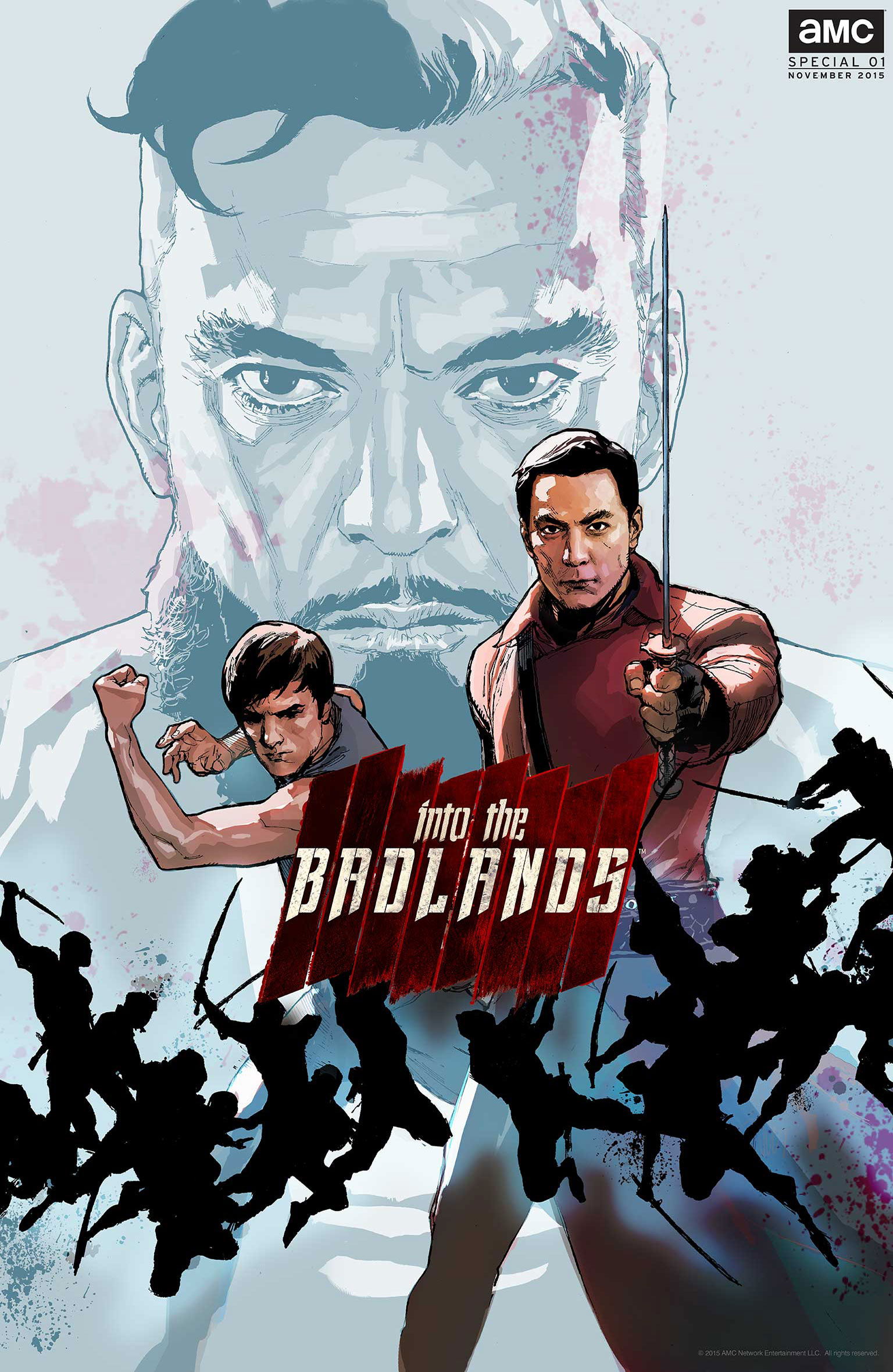 Now approaching its fourth episode, Badlands continues to receive high praise week-to-week for its jaw-dropping action and stuntwork. However, like any great post-apocalyptic tale, the show also sports a rich backstory. Fortunately, AMC has provided Badland fans with a weekly digital comic series that fills in the details between episodes. It not only gives readers a more expansive look at how things on Earth devolved into a feudal society, but also delves into the characters and how they came to know (and fight) one another.

We’ve provided the first few pages below, but if you’re a fan of the show then you should definitely read the first few chapters over on the official site. 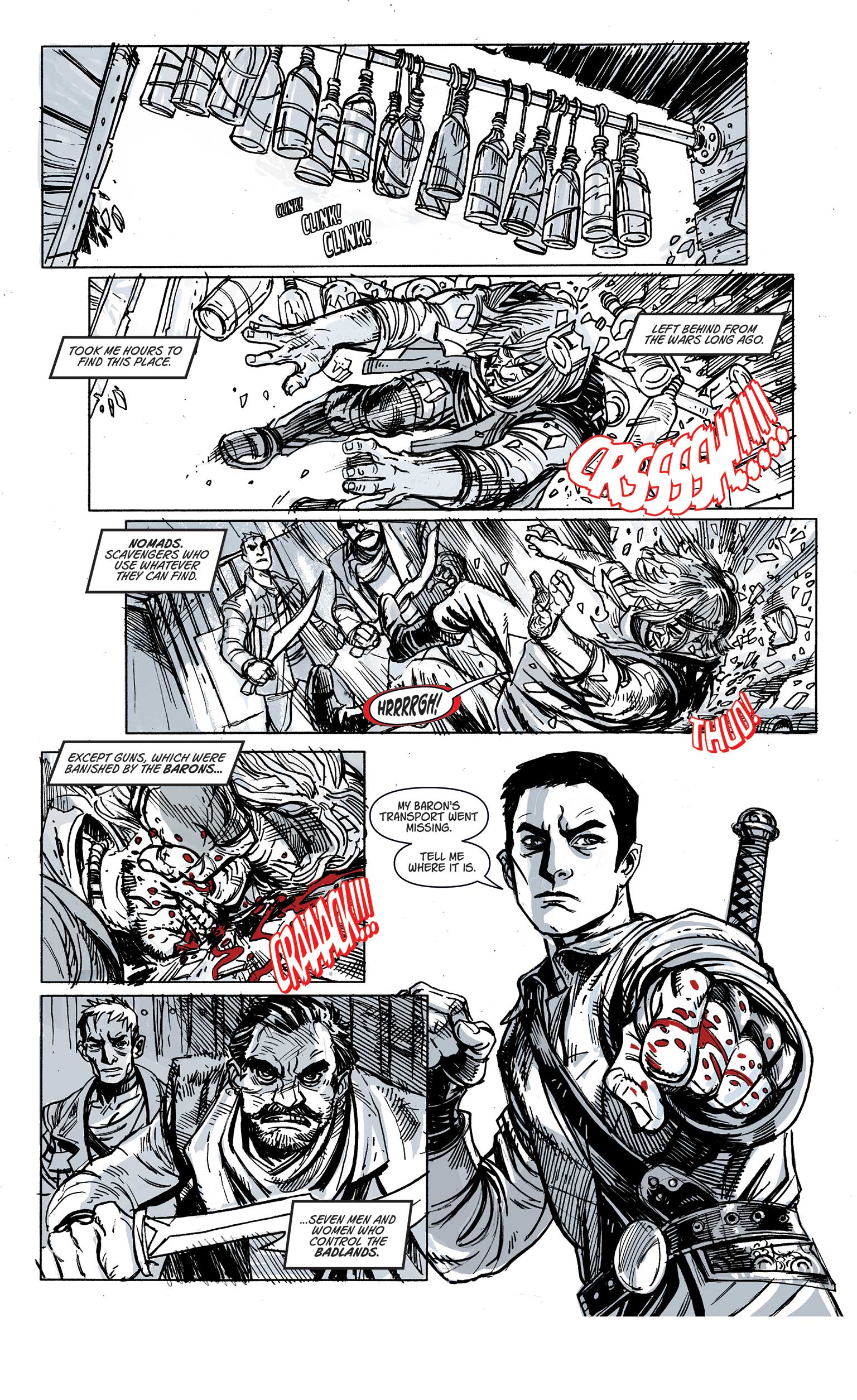 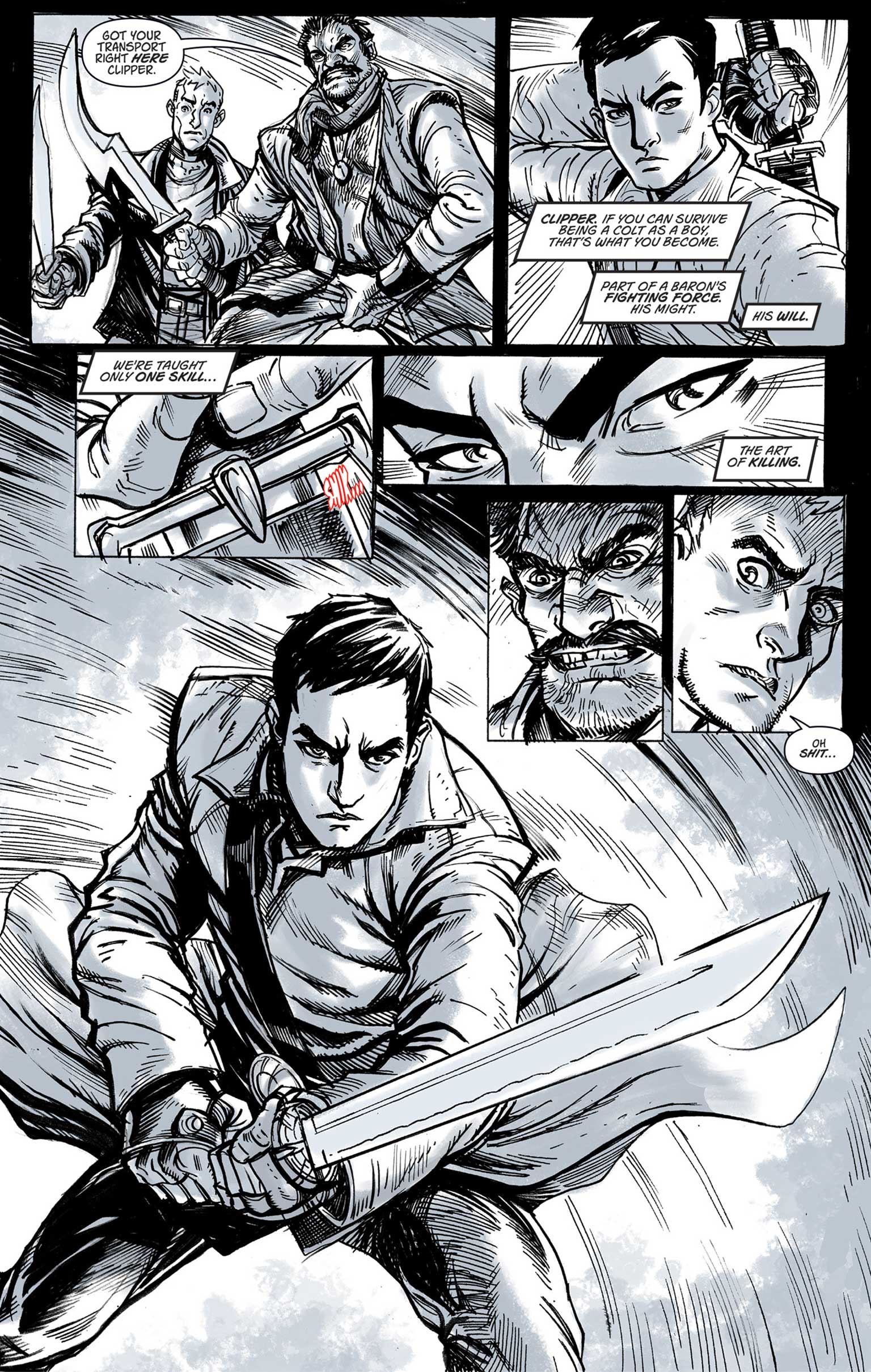 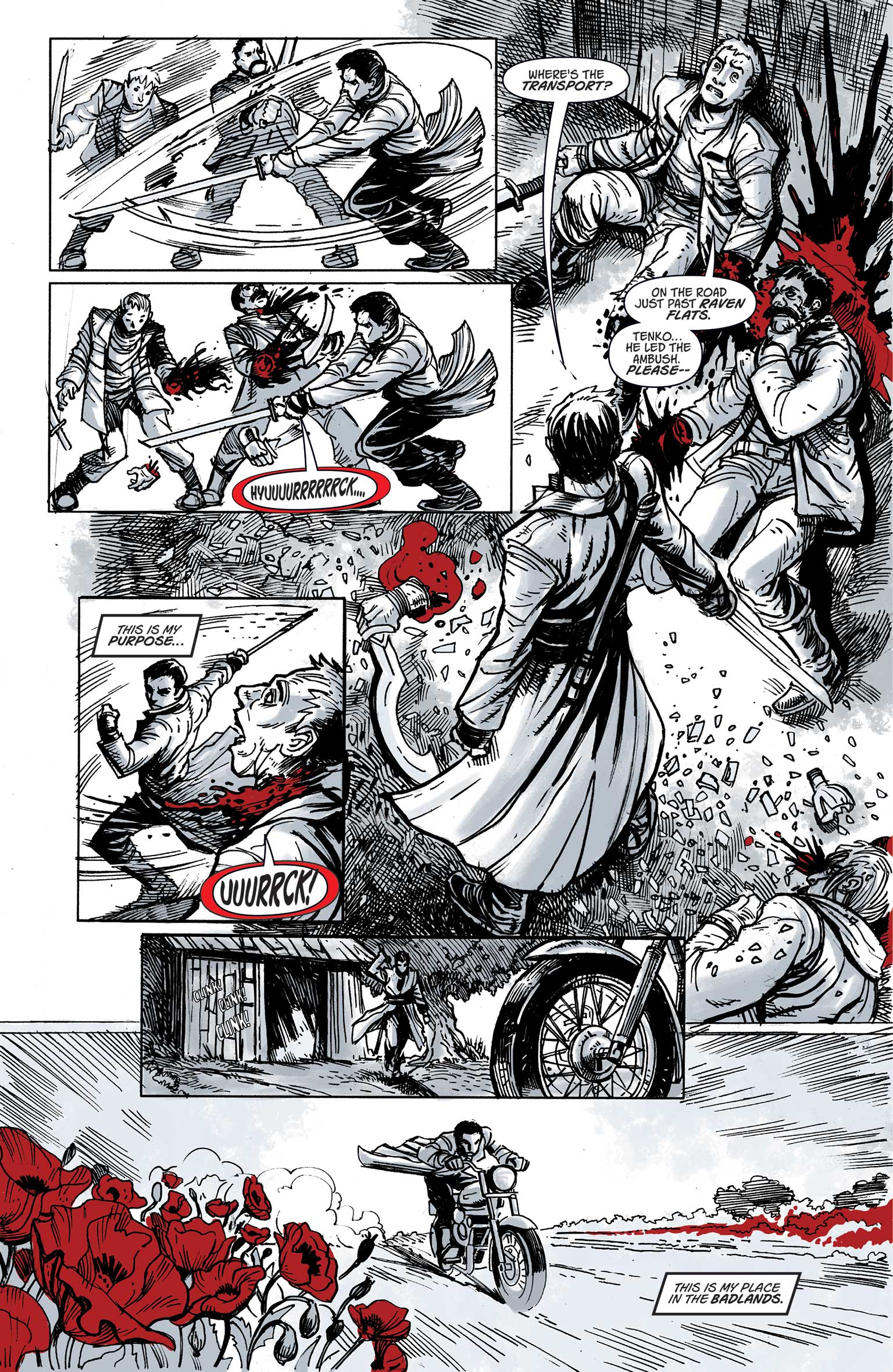