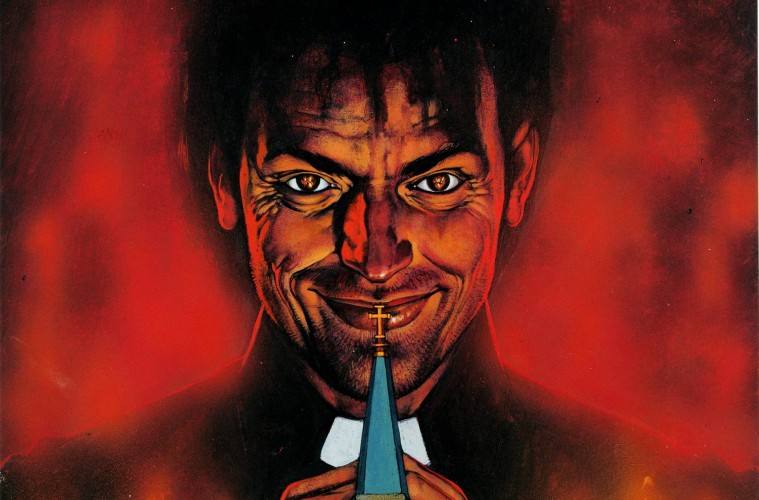 The television show based on the groundbreaking comic series Preacher written by Garth Ennis and drawn by Steve Dillon has been a long time coming. Appropriately enough, It’s being developed by none other than Seth Rogen and Evan Goldberg, the same lunatics behind The Interview — the most controversial movie of 2014 that nearly brought down Sony Pictures. Sam Catlin with be the showrunner and Dominic Cooper will play the lead, Jessie Custer.

If you know anything about Preacher then you know it’s going to be one helluva ride. It was a controversial story when it was a comic, but there is no telling what will happen when television audiences are exposed to a TV show whose least offensive character is called “Arsface.”

Here is the synopsis as well as the teaser:

“Is the story of Jesse Custer (Dominic Cooper) a conflicted Preacher in a small Texas town who is inhabited by a mysterious entity that allows him to develop a highly unconventional power. Jesse, his ex-girlfriend, Tulip (Ruth Negga), and an Irish vampire named Cassidy (Joseph Gilgun) embark on a journey to, literally, find God.