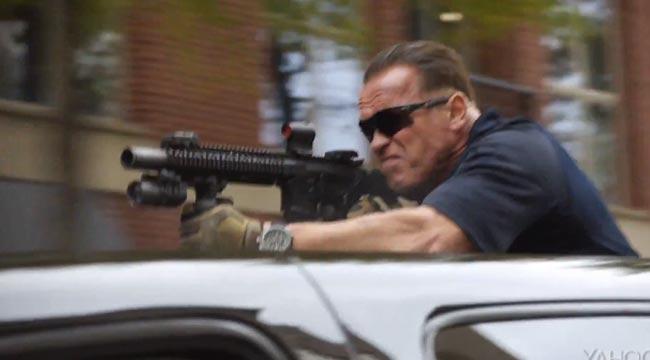 Arnold Schwarzenegger’s return from governatin’ officially begins this week with Sabotage, an R-rated action-thriller from the people who brought us End of Watch.

Yeah, Schwarzenegger has been popping up here and there since he ended his term in 2011 (to the relief of Californians state-wide), but unlike The Last Stand and The Escape Plan, Sabotage shows no signs of being tongue-in-cheek. This is Arnold as we know and love him: Gun-totting and lacking self-awareness.

Speaking of which, let’s take a trip down memory lane with a retrospective on Pumping Iron. You want Ah-nuld? You hate self-awareness? You want guns (well, arm cannons)? This is it.

Pumping Iron documented the bodybuilding careers of Schwarzenegger, Lou Ferrigno, Franco Columbu, and Mike Katz. All four men were en route to the Mr. Universe tournament in 1975 when directors Robert Fiore and George Butler decided to follow them. This feature-length “making of” serves as an intriguing look at where these titans are now.

Enjoy. I sure did.