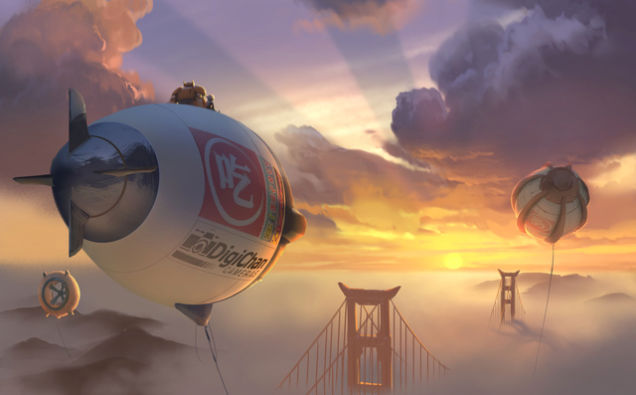 Between Runaways and Big Hero 6, I’m not sure which Marvel film has been rumored to be sitting on the shelf longer. Regardless, it seems that one of the two projects is in full production. Even crazier…it’s animated.

The film is indeed Big Hero 6 and it’s based on the Marvel title of the same name by Man of Action’s Stephen T. Seagle and Duncan Rouleau. Their work was followed by a later series from David Nakayama and the legendary Chris Claremont.

I remember being slightly confused when the last Big Hero 6 mini hit comic shelves back in 2008 with little to no fanfare. It’s quite possible that a then budding Marvel Studios was testing the conceptual waters for the possibility of making an animated film (animation is a lengthy process). It could also be a “gimme” for Disney, something at the time to feed The Mouse’s struggling animation wing.

I’m very curious where this goes and how connected it is to the Marvel Cinematic Universe. Moreover, I wonder if Sunfire, a sometimes member of Big Hero 6 and the X-Men, will be involved.