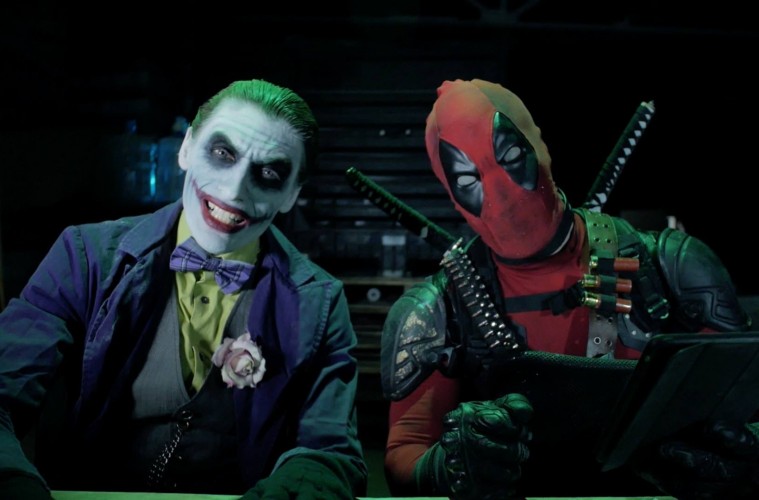 This battle didn’t go as I expected. Well, it did in terms of the outcome, but it had more humor injected into it than I had anticipated. This coupling of the Joker and Harley Quinn was like the versions of them from “Batman: The Animated Series”, but in live-action form (this Harley even says “Puddin!” with the same thick Queens accent). When it comes to the macabre, neither stops short of finding humor in it. Their a couple of mentally disturbed criminals engaged in a master/willing slave relationship.

Now Deadpool and Domino are trained killers. They’re both skilled fighters who actually possess super-powers. Deadpool heals as fast as Wolverine does while Domino power is pure luck, it bends probabilities around her so that events work in her favor. It’s also worth noting that Domino is the only sane character here. Deadpool is almost as insane as his opponents and, like his comic counterpart, is constitutionally incapable of shutting the f*$* up. His speech is a littany of pop-culture references and tongue-in-cheek jokes. He speaks to the camera so much that not even Chris Jericho can break down his (fourth) wall. But, like most of the videos from batinthesun/Super Power Beat Down, it was entertaining and fun to watch.