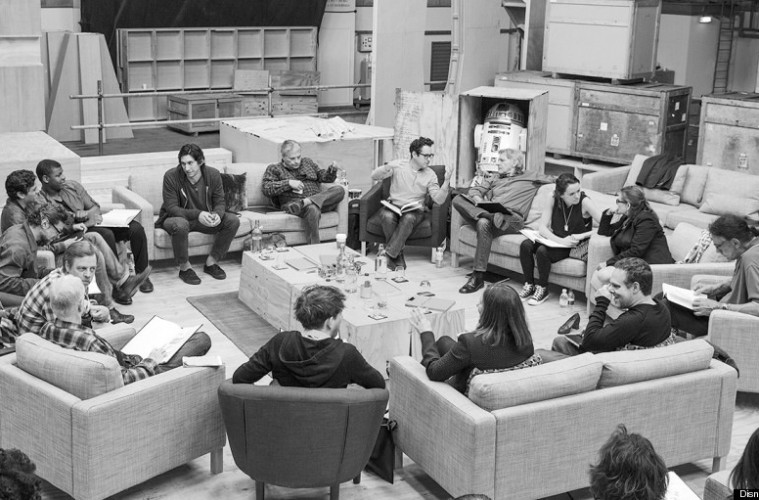 Star Wars: Episode VII: “This is Rumor Control. Here Are The Facts.”

With all this Star Wars hubbub flying around the internet, it can be a struggle to separate fact from fiction when it comes to JJ Abrams’ upcoming Episode VII. For the next couple weeks, I’m gonna be talking Star Wars exclusively, here at Action A Go Go. So before the Star Wars ball starts rolling, it’s fitting that we preface the whole incoming mess with an info dump regarding the hotly anticipated seventh entry in the apparently unending Star Wars Saga. It’s time we know what’s the truth of the matter and what’s just fluff (unless it turns out it isn’t?)

So, without further ado: “This is Rumor Control, here are the facts”

Mark Hamill has grown a beard for his role as Luke Skywalker. What this technically means has yet to be revealed.

All speculation about the roles the new cast members are playing has gone unconfirmed by both Disney and Abrams. However, some rumors appear more weighty than others, so we’ll list some of the more credible ones here.

John Boyega is playing a Storm Trooper who deserts his post and becomes a protagonist, the reasoning for this is unclear.

Gwendoline Christie is playing an Imperial Officer (a role that was purportedly original conceived for Benedict Cumberbatch) who pursues Boyega’s deserter throughout the course of the film.

Adam Driver, Gwendoline Christie and (though this is considerably less concrete) Lupita Nyong’o are playing villains in the film.

Daisy Ridley’s character is the daughter of Han and Leia.

The only truly confirmed story element of Episode VII is that it takes place about thirty years after Return of the Jedi. Aside from this, all official sources are mum on the plot. However, videos posted by Abrams have shown us a planet that looks very much like Tatooine, as well as an X-Wing and a Mouse Droid.

A rather elaborate, yet confident report from Badass Digest has presented a story outlines involving the discovery of Luke’s severed hand and lightsaber from The Empire Strikes Back and returning the Jedi weapon to its owner (which would be the inciting quest given to Boyega and Ridley’s characters). On the way they meet up with Han and Chewbacca who sort of guide them on their quest to find Luke Skywalker. In another part of The Galaxy, evil forces our working to create a super weapon that can destroy entire solar systems.

Another rumor, which is actually compatible with the previous one, suggests that a new Republic was not established post-Return of the Jedi, and that The Galaxy has become wild space. An ungoverned, Old West situation.

Both John Williams and Ben Burtt are returning to their respective roles as composer and sound designer on Star Wars. Lawrence Kazdan is also returning as a writer.

JJ Abrams is directing the film, bringing along his costume designer and cinematographer from the Star Trek films. .

The production is shooting on film, rather than digital and will be converted into 3D in post-production. Abrams also intends to utilize practical effects as much as possible in order to be consistent with the Original Trilogy of Star Wars films.

There honestly isn’t much by way of rumor in the production sphere of things. Not much is kept secret in this particular arena

And that is what we’ve got so far. Tune in next weekend to the Viewfinder column to get some sharp-tongued opinions. What you read may surprise you…