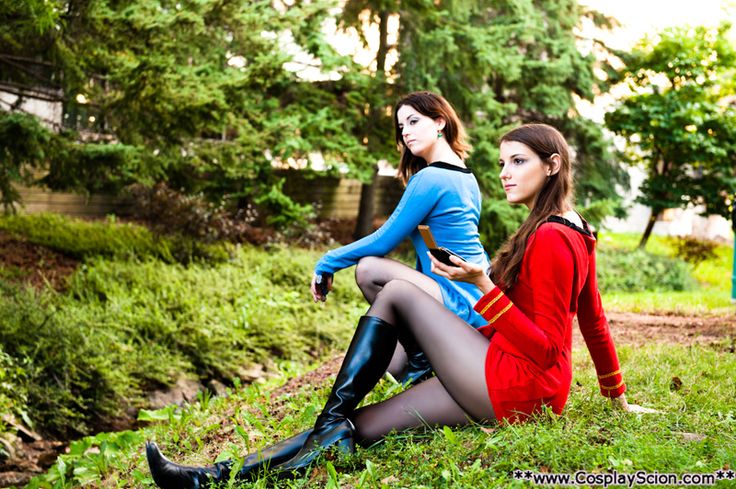 Wallpaper Wednesday: Exploring The Red Shirt Myth, One Shirt At A Time…

Star Trek, taken as a pop culture whole, is truly an amazing phenomenon. It’s been able to capture the imagination of generation after generation since the original shows premiere in 1966. It spawned many movies chronicling the adventures of the original cast, later TV shows and a whole new set of movies Basically, Star Trek has been one of the most influential forces in sci-fi for more that 40 years and it shows no signs of stopping.

But for all that amazing legacy it was still just a TV show from the 60s, and like many TV shows from the 60s (and TV shows today, really) it housed many tropes. The most famous of this? The dreaded red shirt curse.

If you weren’t a regular on the show and were wearing a red shirt…well, your days of TV stardom were definitely numbered. How famous is this myth? It was a big enough deal to be made fun of in Galaxy Quest (1999), a tongue in cheek love letter of a film that makes fun of Star Trek left and right. The personification of this is Guy Fleegman, played by Sam Rockwell. He gets warped into space with the “core cast” and is in constant fear of dying, because that is what would’ve happened to him on the show…

Now, technically, he wasn’t a “Red Shirt” but you get the idea. Pondering all this, I just had to go deeper. Was it true? Did red shirt spell guarantee death for those who wore it? Luckily, YouTube had the answers. What follows is a red shirt montage, and as you will see from the outset the truth is obvious. And brutally funny.

So, clearly the “red shirt” phenomena didn’t fully mature until later in the series and then, unfortunately for those wearing it, the red shirt did become a harbinger of doom. It wasn’t 100% accurate though, as one or two yellow and blue shirts get thrown in there. However, the red shirts do have the best deaths by far, which undoubtedly helps make them more memorable. With evidence presented, I’m calling the red shirt myth just that — a made up myth that shouldn’t distract from the integrity of the show as a whole. Was it repeated? Sure. But not to be a easy out for for “lazy writers.”

Now what about the later shows? Like Star Trek: The Next Generation? I’ll try and cook up something to explore with those shows, but in the meantime, I’ll just leave these here…