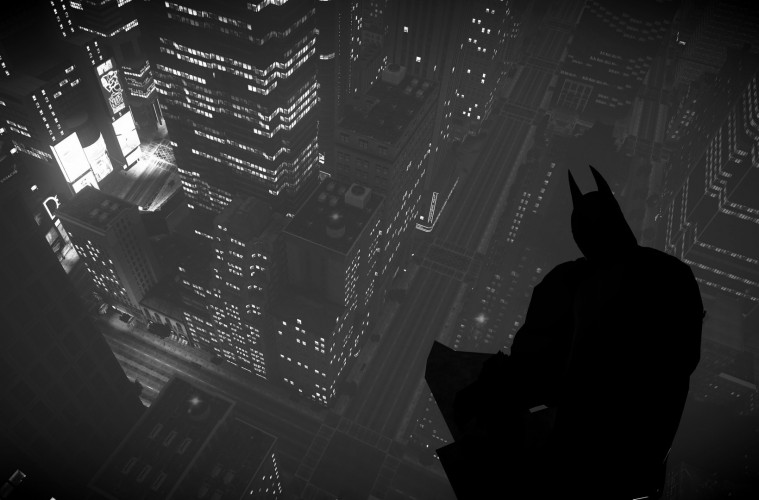 With Batman’s year-long 75th anniversary celebration winding down, it should come as no surprise that Gotham has strategically debuted during the fall TV season. What is surprising is how much and, simultaneously, how little the show resembles Gotham Central, DC Comics’ bat-less crime-drama from the early 2000s.

If you haven’t heard of Gotham Central, our special guest writer “Reggie” has some news for you: You missed out.

Not convinced? Well, let Reggie explain to you why Gotham the TV show has a tough act to follow.
-Troy

NOTE: Reggie penned this before Gotham was in development, so don’t feel to confused by his closing statements,’kay?

I don’t think I’ve ever watched a full episode of a police show other than Police Story starring Leslie Nielsen. I’m just not interested in the interpersonal relationships of overworked police officers and their frightening, dangerous lives. I like some forensic detective shows and I’ve read plenty of true crime pulp paperbacks, but it’s the cop drama shit that leaves me cold. I love the theme song to Hill Street Blues yet never sat through an episode.

However, due to my uncontrollable man-lust for Batman stories, I was very interested to read Gotham Central. Described as “NYPD Blue meets Batman” by DC’s own publicity copy, Gotham Central ran some years ago, I just never got around to reading it. I finally read the series in its collected hardback editions, and it’s pretty righteous.

I think that a series like this could only work for Batman (at least in the DC Universe) because Gotham is the only city where the police have the luxury of resenting its protective superhero. In Metropolis you’ve got Superman clobbering mountain-sized aliens and swatting away nuclear missiles while people are milling about on their lunch breaks. Even though he causes incredible amounts of property damage, what are you going to tell Superman? “Knock it off?” Besides leaving yourself open to innumerable monster attacks, Superman is someone you want to keep on your good side. Batman is just a man in a funny costume who beats the snot out of a lot of other human beings in funny costumes, which is what the cops are supposed to do. I think that this same series set in Metropolis would be an insider’s look into a Superman Fan Club. Gotham Central, not so much.

The story centers around the Major Crimes Unit of the Gotham Central Police Department, which is notorious for its corruption and inefficiency. The M.C.U., mostly hand-picked by Commissioner Gordon, are the only stalwart defenders of justice on the whole force, unwilling to take bribes or legal shortcuts to get their perps. They resent the Batman for, well, making them look silly essentially, and the rest of the GCPD resents the M.C.U. because they can’t be bought.

The first problem with this series is that Commissioner Gordon isn’t in it. Faithful followers of Batman will know why, but any casual fan who decides to pick up the series will want to see Jim Gordon. Harvey Bullock, the slovenly one-time foil for Batman also isn’t on the force, though he does figure prominently in one story arc. Again, there is a perfectly cogent reason why Bullock isn’t a cop, but if you don’t follow the overall Batman continuity religiously, then you might miss him.

It could definitely be argued that Gotham Central is not a series for the occasional Batman reader, being that it’s a sort of meta story within the overall Batman series. But that’s lazy, I think. Any comic book should be able to stand on its own merits and appeal to new readers consistently, rather than manifest as some overworked, entrenched plot line only obsessive compulsive types can enjoy. Save the headier stuff for graphic novels.

A more interesting character omission is Batman, who makes a few cameo appearances but is otherwise barely seen at all. This is clearly by design, since Batman is considered to be a myth by most citizens of Gotham City and many of its rank-and-file police officers. The only ones who know for sure about Batman are the detectives in the M.C.U., being that they have control of the famous bat spotlight on top of the police station (though a citizen, an intern of the M.C.U., must turn it on and off since the GCPD publicly disavows any knowledge of the hero). Of course, Batman still figures prominently into every storyline, being that the detectives are either chasing down one of the members of his rogues’ gallery,or they are actually chasing him.

Gotham Central is a look behind the scenes of the Batman universe: what happens when supervillain evidence gets misplaced, how much emotional damage is caused by the haphazard actions of goofy-looking psychopaths, how police officers feel about being relegated to being Batman’s backup squad, etc.

Notably, Gotham Central ran during Batman’s War Games story arc, when the Caped Crusader commandeers the GCPD to combat a citywide gang war,resulting in some casualties and a lot of police resentment. The M.C.U. dismantles the spotlight on the station roof and emotions boil over as we see police officers’ helplessness against this high-flying vigilante. It was some compelling drama for a comic book.

And that it was a comic book is really my one gripe: Gotham Central did not need to be a comic book. It could have been served just as well–perhaps better–as a series of novels that delve into the inner minds of these characters. It might have also made a good cop show (and could have if Warner Bros. hadn’t put a moratorium on Batman TV shows at the time). But for a comic book, there isn’t a whole lot of action and a there is quite a bit of people standing around saying “$@#!” to each other. However, as my girlfriend pointed out to me, would people have bothered to read it if it wasn’t a comic book? And the answer is that I would have, but I would be the exception. Batman is a comic book superhero, no matter how much I wish he was my pal.

As a fan of Batman, I really enjoyed Gotham Central. The writing was tight and well-paced, the art served the story well, and I pretty much devoured the whole series in two evenings. The series ends on a sad note as the DC universe started to reorder itself through the incomprehensible events of Final Crisis, which ironically put Jim Gordon back as Commissioner of the police department and reinstated Harvey Bullock’s badge. So it’s like Gotham Central was all a dream, a nuanced, gritty dream where everyone speaks in symbols and punctuation.