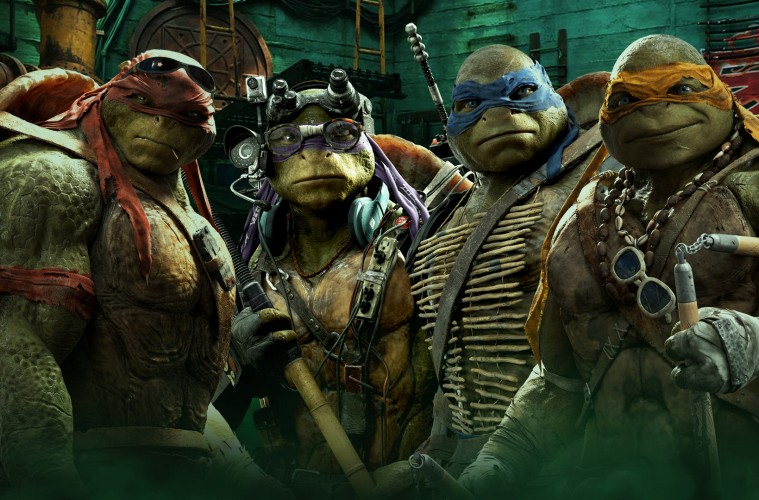 ‘Teenage Mutant Ninja Turtles : Out Of The Shadows’ First Trailer

Teenage Mutant Ninja Turtles. Megan Fox. And Michael Bay. One of my greatest dream movie combos return next summer with their brand new blockbuster – ‘Teenage Mutant Ninja Turtles: Out Of The Shadows’. With the first movie of the rebooted franchise opening to great box office success (And some harsh reviews from critics who were born without the ‘F.U.N.’ gene) in 2014, a sequel was inevitable. And hopefully more in the future, with the leading cast tied into a contract for a possible further 3 movies in the series.

Following their previous battle against Shredder in the last movie, the TMNT are once again faced with their deadly foe, along with his new mutated monster goons, the classic characters Bebop and Rocksteady, as they fight to save the world from a spectacular alien threat and defeat their nemesis once and for all. With tough reporter April O’Neill (Megan Fox) back at their side and mankind in need of saving, it’s time to bet on green.

While the first movie had a mixed reception, I personally adored it. A huge popcorn blockbuster, with constant hilarious humor and incredible action scenes, which is what we have come to expect from Michael Bay, who is back as producer, to deliver more heavy duty Bayhem with the heroes in a half shell. Director Jonathan Liebesman (Battle: Los Angeles, Wrath Of The Titans), who directed the first movie, has been replaced with Dave Green (Earth To Echo) this time around.

Here is the first full-length trailer from Paramount Pictures/ Nickelodeon Movies. And it is turtle-ly awesome, dudes! COWABUNGA!