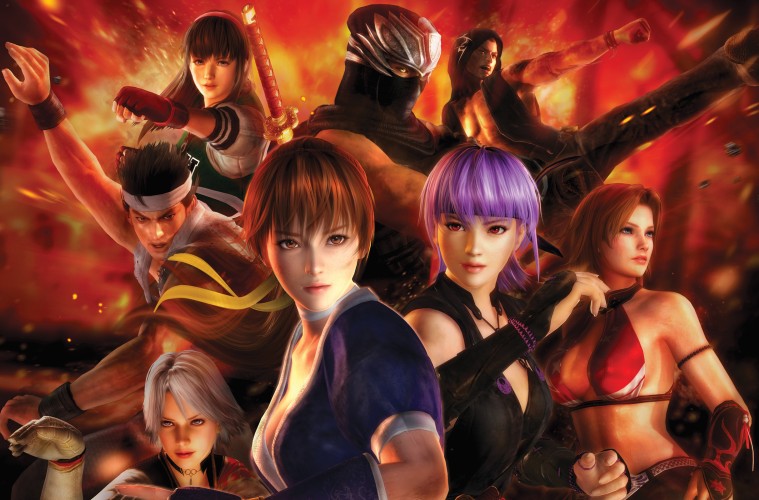 Welcome to 10-Hit Combo; a series of ten articles exclusive to actionagogo.com focusing on ten distinct facts regarding ten different fighting games or franchises. Fighting games have been a stable within the industry for over 25 years, and have produced some of the most commercially and critically successful video games of all time, as well as portrayed some of the most interesting mythologies in gaming history. One of my personal favourite fighting game series’, despite the gargantuan amount of controversy it has garnished over the years, is Dead or Alive. I’ve always enjoyed it’s fast-paced style of play, quirky character rosters and the ongoing contrast each distinct entry has between instances of cheesy and humorous story arcs coupled with numerous and often times surprisingly successful attempts at taking things seriously.

I’ve indulged in this series for a long time, and I’ve found it to have produced some of the best fighting games of all time, and I am very pleased to be kicking off this series of articles with this franchise in mind, so without further ado, here are ten facts about Dead or Alive. 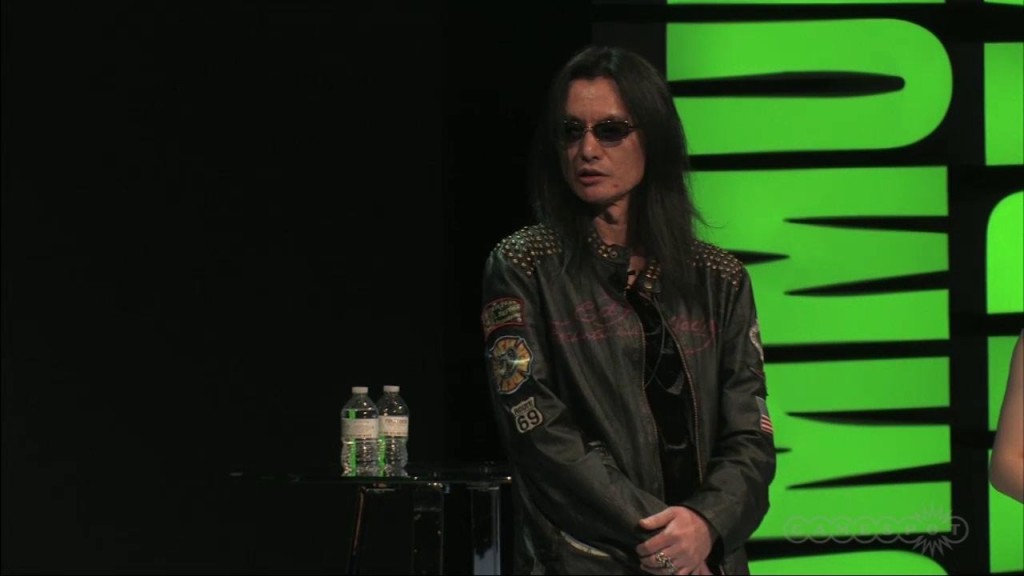 The original game, directed and produced by series creator Tomonobu Itagaki, was developed as a response to the popularity garnished in Japan by Sega’s fighting series Virtua Fighter, at a time when the game’s Publisher Tecmo were in financial disrepute. Itagaki was a fan of Virtua Fighter, and therefore wanted to create a game similar to it, whilst also making it stand out among the many other fighting franchises taking prominence around that time. He felt that the key to doing this was putting a greater emphasis on the idea of provocation, arguing that the game needed to have sex appeal as well as violence in order to be entertaining. Though the series would always be at the centre of controversy as a result, the decision has ultimately continued to pay off. 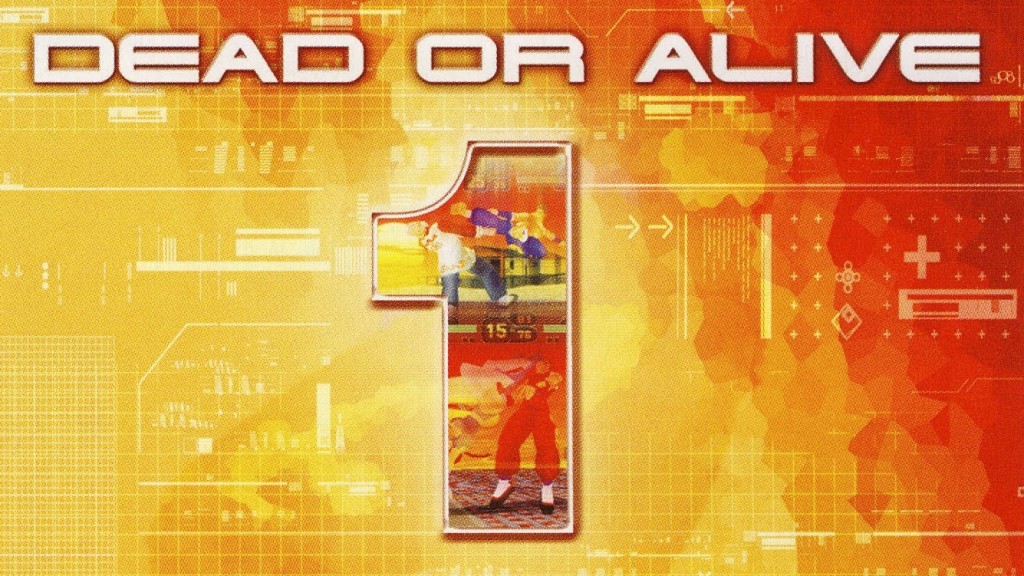 In lieu of genre tradition, the original game, as well as the sequel, have both seen re-releases on more advanced hardware in the original Xbox. Gameplay mechanics from the third game, along with the graphical quality of the spin-off title Dead or Alive Xtreme Beach Volleyball, were used to recreate both the original two entries in the series, with the character Hitomi additionally being added into the roster. Featuring Xbox Live compatibility, both games became among some of the first fighting games in history to feature online multiplayer. 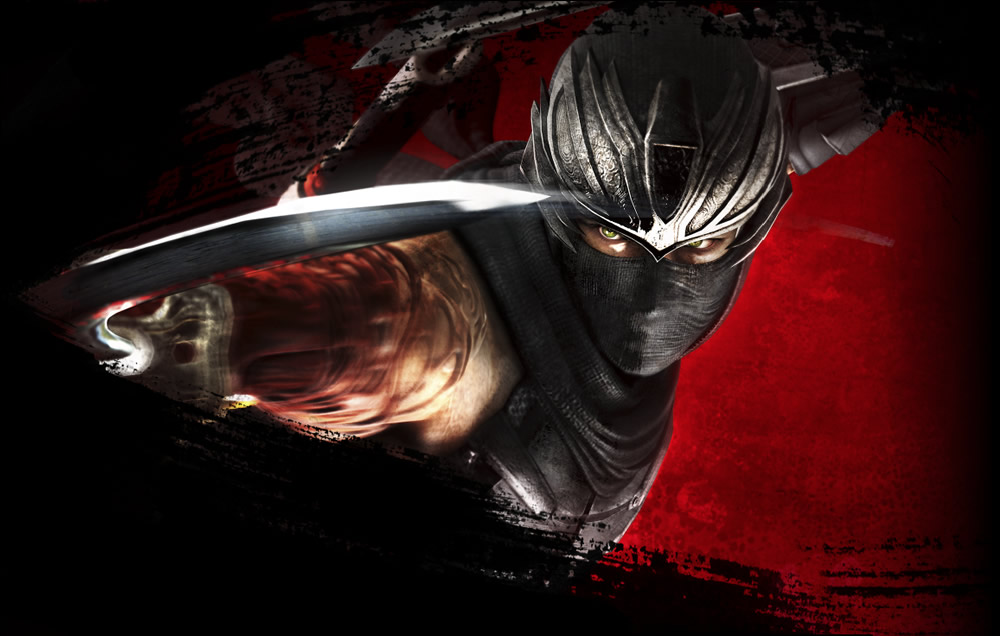 Dead or Alive was originally published by Tecmo. As a result, there has always been a strong connection between it’s in-game universe and that of the Ninja Gaiden series, with it’s main protagonist Ryu Hayabusa having appeared in each main entry so far; but overtime however, that connection was extensively built upon. Further emphasis on this connection first came about in 2004, when Tomonobu Itagaki was commissioned to revive the Ninja Gaiden series after a lengthy hiatus. Once this revival proved to be a success, Itagaki and Team Ninja began setting both franchises in the same universe with characters and historical events overlapping. Following the success of the Ninja Gaiden reboot, with Ryu Hayabusa playing major roles in the story of Dead or Alive, Tem Ninja were subsequently granted permission to incorporate Dead or Alive characters, such as Ayane and Kasumi, into the Ninja Gaiden series; first only appearing in cutscenes but later going to become fully playable characters. 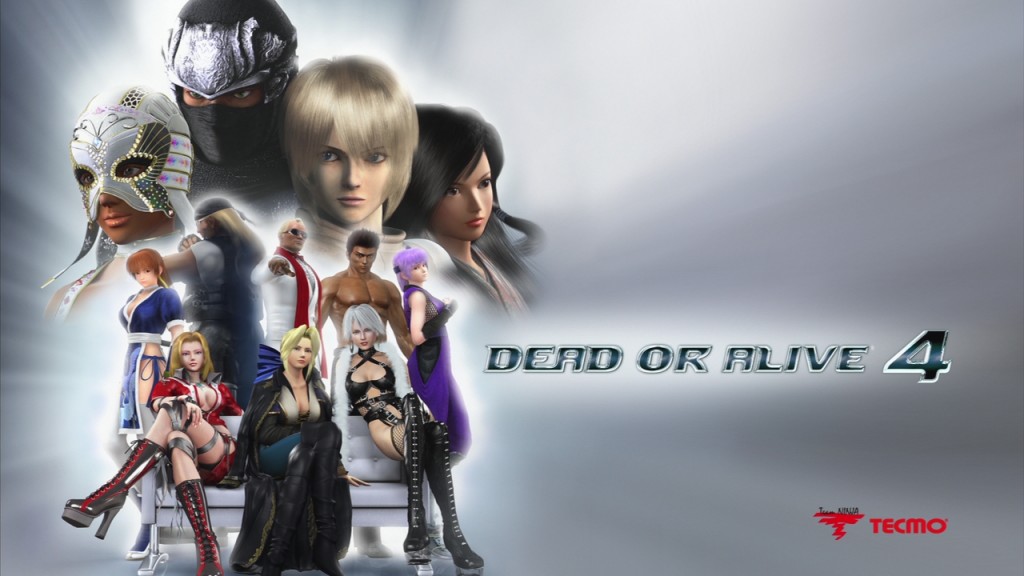 My personal favourite game of the series is Dead or Alive 4; to me, it took everything that was good about the series, and provided excess of it, as well as perfecting each individual standout element in my opinion. It was also seemingly the entry that Tomonobu Itagaki worked hardest on, and was at the most hectic time crunch to get out. Before the game was released, he remarked that he thought the transition from the sixth to seventh generation of gaming was happening faster than even he expected, with the fourth game being intended as a launch title for the Xbox 360. He commented on an IGN article that not only did the entire process make him feel sad to a small extent, but that in the four days prior to the interview, he had only allowed himself a mere forty minutes of sleep in order to dedicate the rest of the time working on the game. He also went on to say that he put a great deal faith within the hardware capabilities of the Xbox 360, as he had with the original Xbox, eventually proving many of his critics wrong upon the release of Dead or Alive 3. 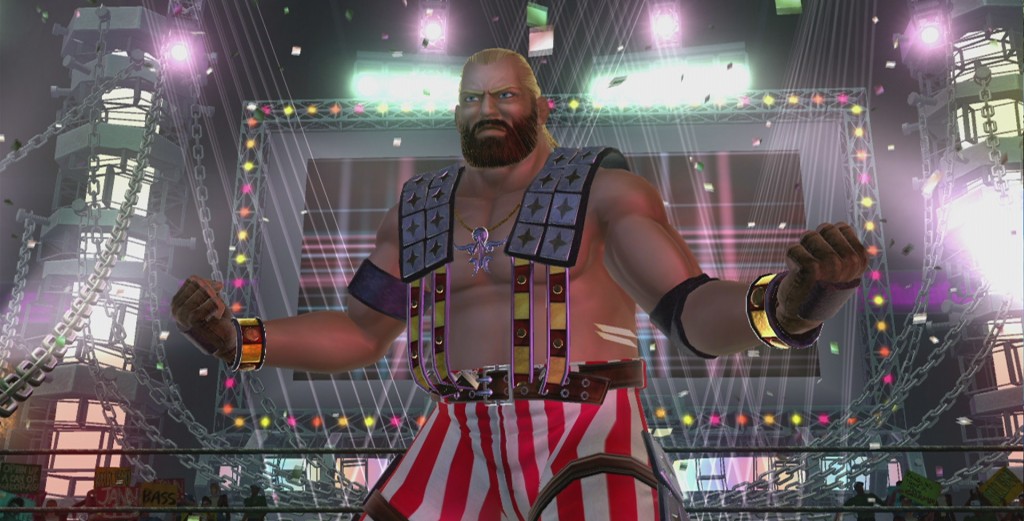 Growing up, I was very fond of wrestling, and so I was especially intrigued by this next fact. The character Bass Armstrong has always incorporated wrestling in his fighting style, but he also has some particularly interesting connections with the sport itself. His appearance, as well as his attire, can be very strongly compared to that of both Hollywood Hulk Hogan and The Macho Man Randy Savage during their tenures at the NWO. In the live-action film adaptation of Dead or Alive, Bass is also portrayed by Kevin Nash, AKA Big Daddy Cool Diesel, whom like both Hulk Hogan and Randy Savage competed in both the WWE and NWO. 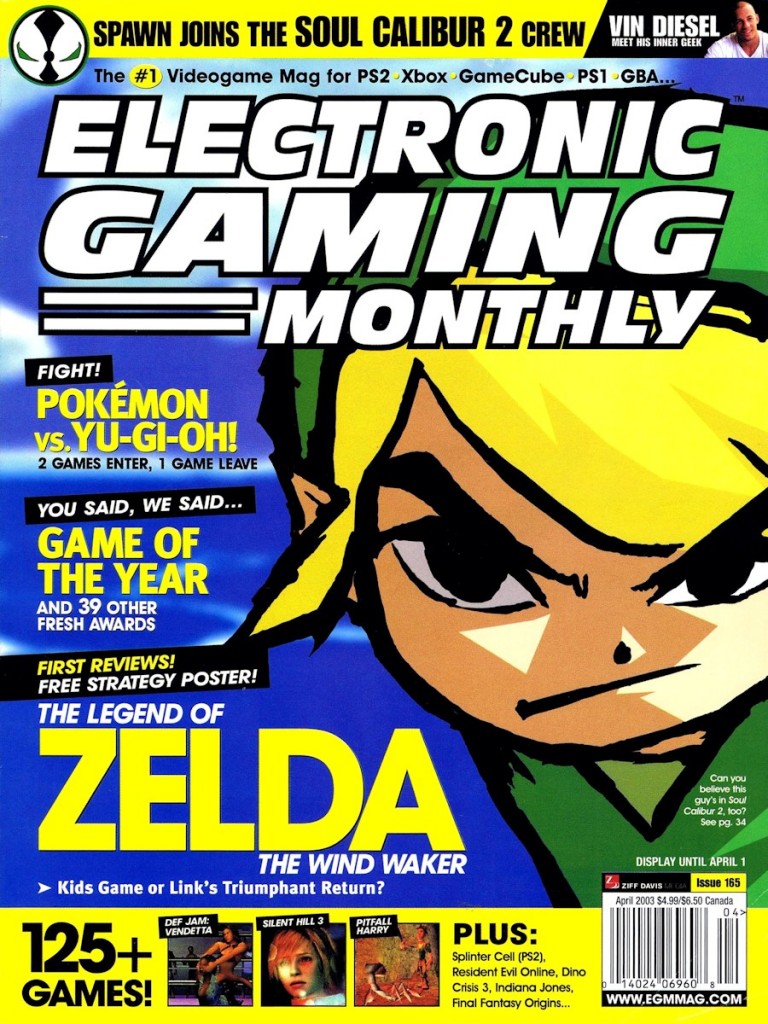 By the time the third game had been released, the series was already steeped in controversies concerning the ratio between emphasis on gameplay and emphasis on sex appeal, with opinions divided between gamers and long-time fans of the series. The controversy would be taken to new heights, however, with the release of a spin-off series called Dead or Alive Xtreme Beach Volleyball, featuring the scantily clad female leads of the franchise competing against each other in volleyball, with the game also featuring a relationship system. The controversies were further confounded, however, when Electronic Gaming Monthly published an article as an April Fools joke, claiming that there was a code available in order to remove all clothing in the game, in turn leading to a very angry reception from readers upon discovery of the hoax. This wasn’t the first time that EGM had fostered rumours regarding fighting games, with more to be detailed throughout the course of this series. 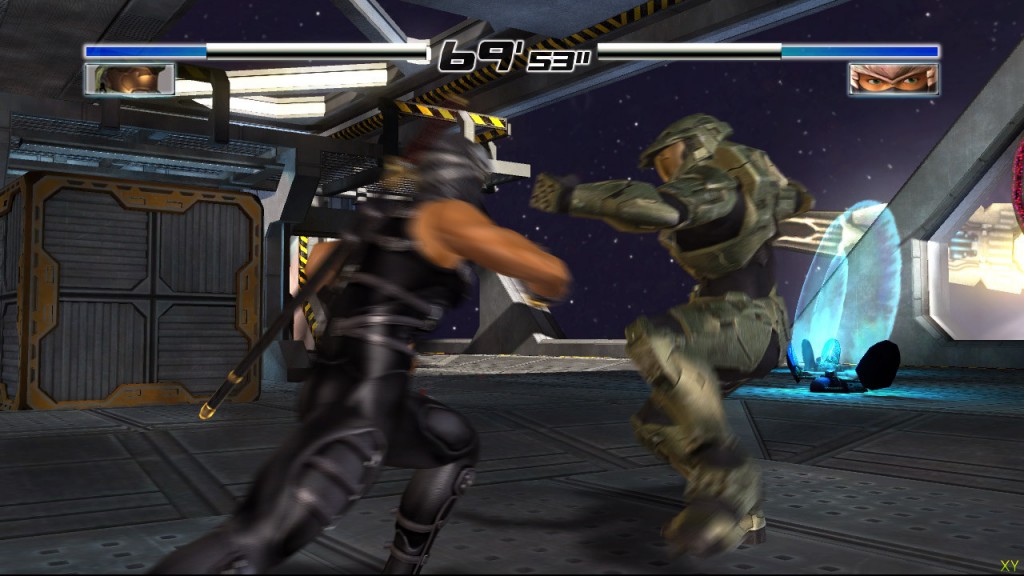 As well as their being a strong connection to the Ninja Gaiden series, there is also a smaller connection between both the Dead or Alive series and the Halo franchise. In Dead or Alive 4, among the unlockable characters is SPARTAN-458. This character came about after Team Ninja initially asked for permission to include Halo’s main character, the Master Chief (SPARTAN-117), but was ultimately proved to be impossible due to story restrictions. Nevertheless, Bungie Software were interested in the idea, and wanted to do something similar to what Team Ninja had in mind. Thus, using game data from Halo 2, Bungie Software created a female SPARTAN soldier, whose real name would later be revealed to be Nicole. 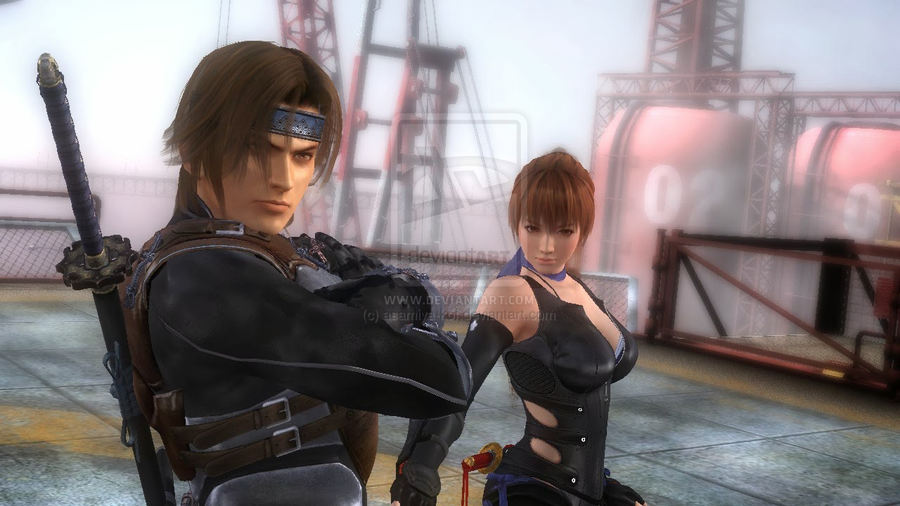 A devout parent himself, Tomonobu Itagaki based many of the series’ story arcs and concepts around the theme of family. Examples include the relationship between Kasumi and her estranged brother Hayate, Helena’s attempts to hunt down the one who assassinated her mother, and the relation ship between Bass and his sassy and extremely ambitious daughter Tina, whom he frequently attempts to keep under his control and protection, but most often to no avail. It’s also worth pointing out that Kasumi is also named after Itagaki’s own daughter 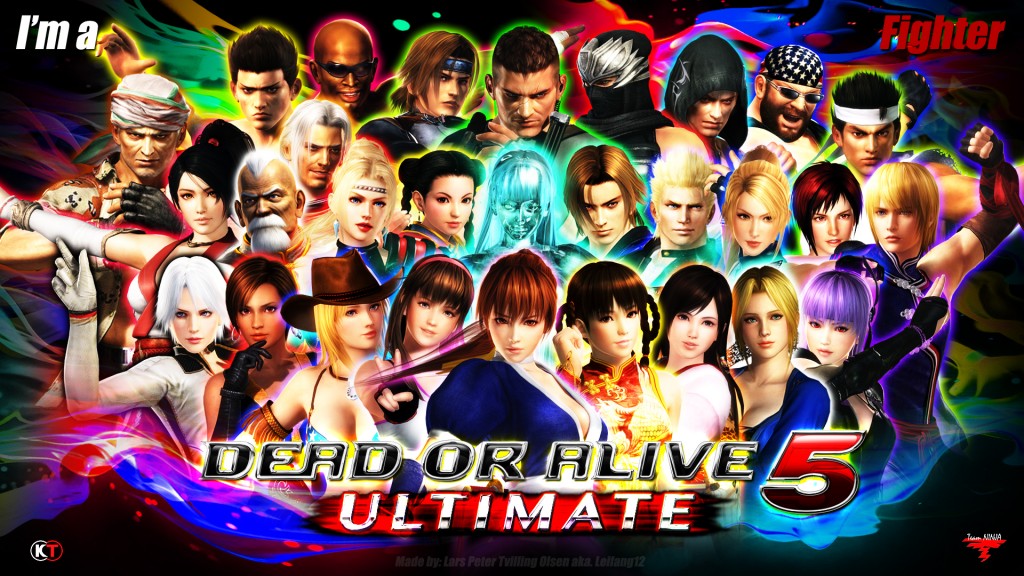 Following the departure of Itagaki from Team Ninja, and when Dead Or Alive was placed in the hands of a new director when it came time to develop Dead or Alive 5, the team initially intended to significantly tone down the sexuality element of the series, and thus attempt to deviate away from the controversy that the franchise had garnished as a result. However, the decision was made to ultimately keep the same level of sex appeal synonymous with the series intact after fan demand for it proved to be too high. In an interview with vg247.com, director Yohei Shimbori remarked that he understood the importance of having a popular series behind him, and thus he deemed it most necessary to keep satisfied long-time Dead or Alive fans. He also conceded that as long as the game had adequate fighting mechanics, there wouldn’t be anything wrong with having sex appeal in addition. 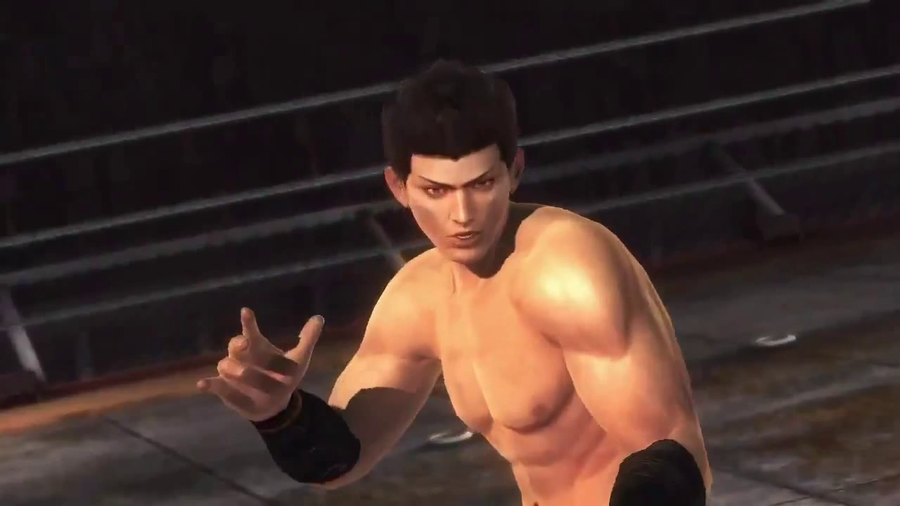 Certain character in the Dead or Alive roster, besides some of the aforementioned in this article, are to some extent based on real-life people. Examples include Zack, who was modelled after the famed basketball player Dennis Rodman, who would subsequently go on to voice the character in Dead or Alive Xtreme Beach Volleyball, Jan Lee, who like various other fighting game characters was modelled after the martial arts legend Bruce Lee (other examples of this include Marshal Law from Tekken and Liu Kang from Mortal Kombat), and whilst Ayane isn’t modelled after anyone directly, some of her costumes were inspired by various different characters, such as Millennia from Kagero: Deception 2, and Sun Shangxiang from Tecmo’s own Dynasty Warriors series.