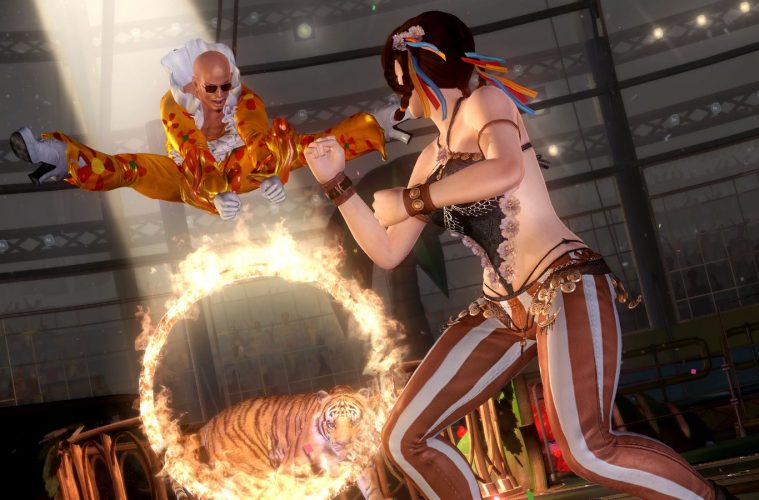 The Dead or Alive Festival 2016 is almost approaching soon, and we are looking forward to seeing the next qualifying player that will be going to NEC17 in December. Best part about it is that this year is the 20th Anniversary of the DOA series, so there has to be something special planned for DOA5 Last Round as well as DOA Xtreme 3. But first, let’s take a look back at last year’s DOA Festival. 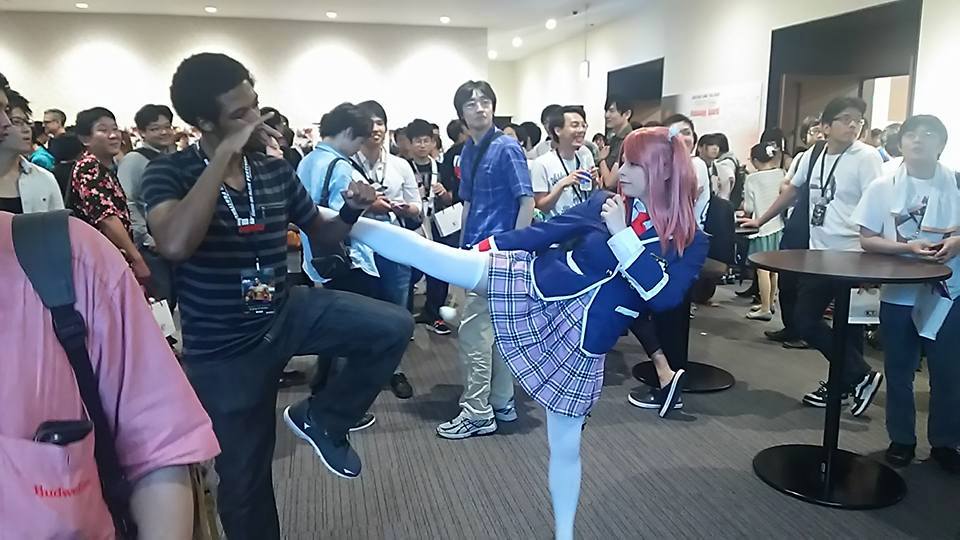 Team Ninja presented the first ever DOA Festival last year on August 1, 2015 at the Osaki Core Bright Hall in Tokyo, Japan. The event introduced the World Exhibition, where more than 128 players competed for a chance to win a trip to NEC16 as part of the Battle Royal 2015 series. Along with the main tournament, there was also a 5v5 team exhibition, Cosplay Contest, Photo contest, and the Designers Challenge contest. We also witnessed the announcement of Dead or Alive Xtreme 3, which is currently out now for PlayStation 4 and PlayStation Vita. Ai Nonaka (VA for Honoka), Mai Aizawa (VA for Marie-Rose), Yuriko Tiger, and Neneko were also in attendance along with Team Ninja’s Yosuke Hayashi, Yohei Shimbori, and Peter Garza. 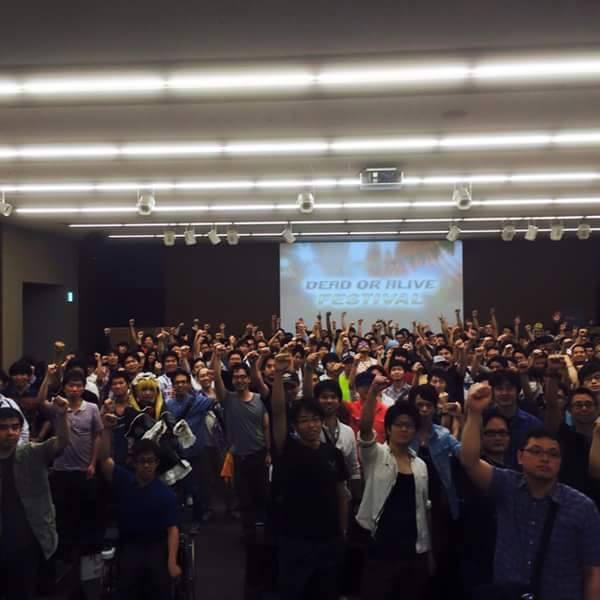 In the Dead or Alive World Exhibition, the tournament started out with over 128+ players competing for the Top 16 spot (with the exception of the players qualified for the event) using the single match single-elimination ruleset. The 16 players that made it to the main stage are Veronica, Yukkii, Souma, Touko (from Australia), Siologica, Satoyasu, mitti, Furechin, TEST (from Korea), AKA, TeruRock, UprisingJC (from Taiwan), Gehaktbal (from The Netherlands), FSD|Matt Ponton (from USA), UGS|XCalibur BladeZ (from USA), and RIG|Kwiggle (from USA). The top two players of the tournament earned a chance to qualify for the Grand Finals at NEC16.

UGS|XCalibur BladeZ and RIG|Kwiggle both entered the Dead or Alive Festival based on the majority of the votes in the DOA community in terms of the Top 8 players who were placed high during the Battle Royal 2015 series. Gehaktbal and UprisingJC had to win their tournaments in order to qualify. The rest of the players had to earn their spot in the tournament.

Kwiggle won the exhibition, but he already qualified for the event since he won a qualifying tournament in the Battle Royal 2015 series, which was Winter Brawl 9. The winners had to go to the second and third place winners instead, which was TeruRock and Gehaktbal. Gehaktbal had to defeat UprisingJC in a tiebreaker to earn his placing. 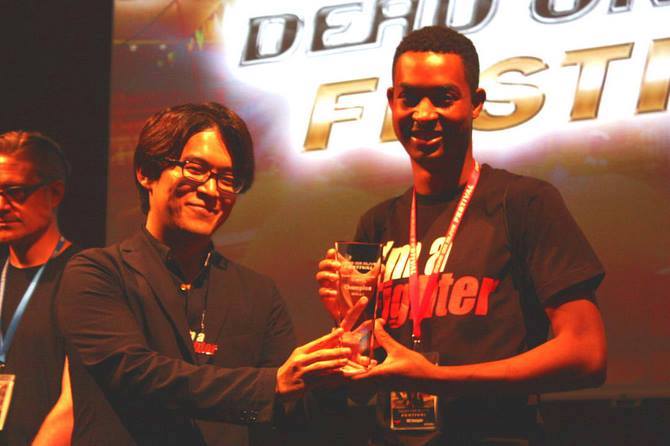 Following after that came the Playse 5v5 team tournament, which took place the next day. One defining moment during the event was when Java Curry Akira’s team OCV’d the team of Gaijin Power (consisting of Kwiggle, Bladez, Emperor Cow, Touko, and Gehaktbal) during Top 8. You can check out the entire event below.

The DOA Festival was one way to improve international relations in the DOA community. NEC16 proved that point last year when JC Akira and TeruRock competed on US soil for the very first time, while Gehaktbal competed in the states for the second time. As a matter of fact, JC Akira took first place at the tournament by defeating ElectricfiedMann in Grand Finals.

There are a lot of things to look forward to now that the DOA Festival is coming up soon. UGS|XCalibur BladeZ will be returning to the Dead or Alive Festival, along with UGS|BboyDragon, Emperor Cow, and UprisingJC to compete in singles and the Playse 5v5 tournament the next day. Bboy, Cali, and DOA veteran A1R GEAR will be representing as Ultimate Gaming Style along with Tomo ex and Soy.

If you want to check out last year’s Dead or Alive Festival, it can be found on YouTube along with the Playse 5v5 Tournament. Team Ninja did an awesome job promoting this event and provided a lot of surprises on what to expect from the franchise at last year’s event. This year, the fans are wondering what kind of surprises Team Ninja have in store for both DOA5 Last Round and DOA Xtreme 3 during the event, as well as who will be the next player to qualify for The Showdown at NEC 17 in December.

Grab a cup of coffee or your favorite energy drink, because this is one event you do not want to miss. The 2016 Dead or Alive Festival will take place on July 9th at the Osaki Core Bright Hall in Tokyo, Japan.

Virtua Kazama (real name Cory Mewborn) is a DOA player and a fighting game researcher. His favorite type of games are fighters, platformers, and beat em ups. Outside of video games, he enjoys watching professional wrestling, listening to horrorcore rap music, and playing basketball with friends.