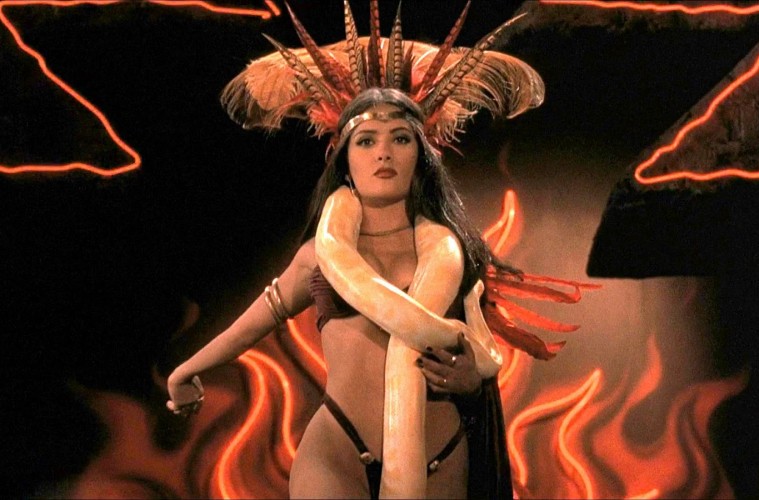 GREAT MOMENTS IN ACTION HISTORY: THE SEXIEST MOMENT IN ALL OF CINEMA 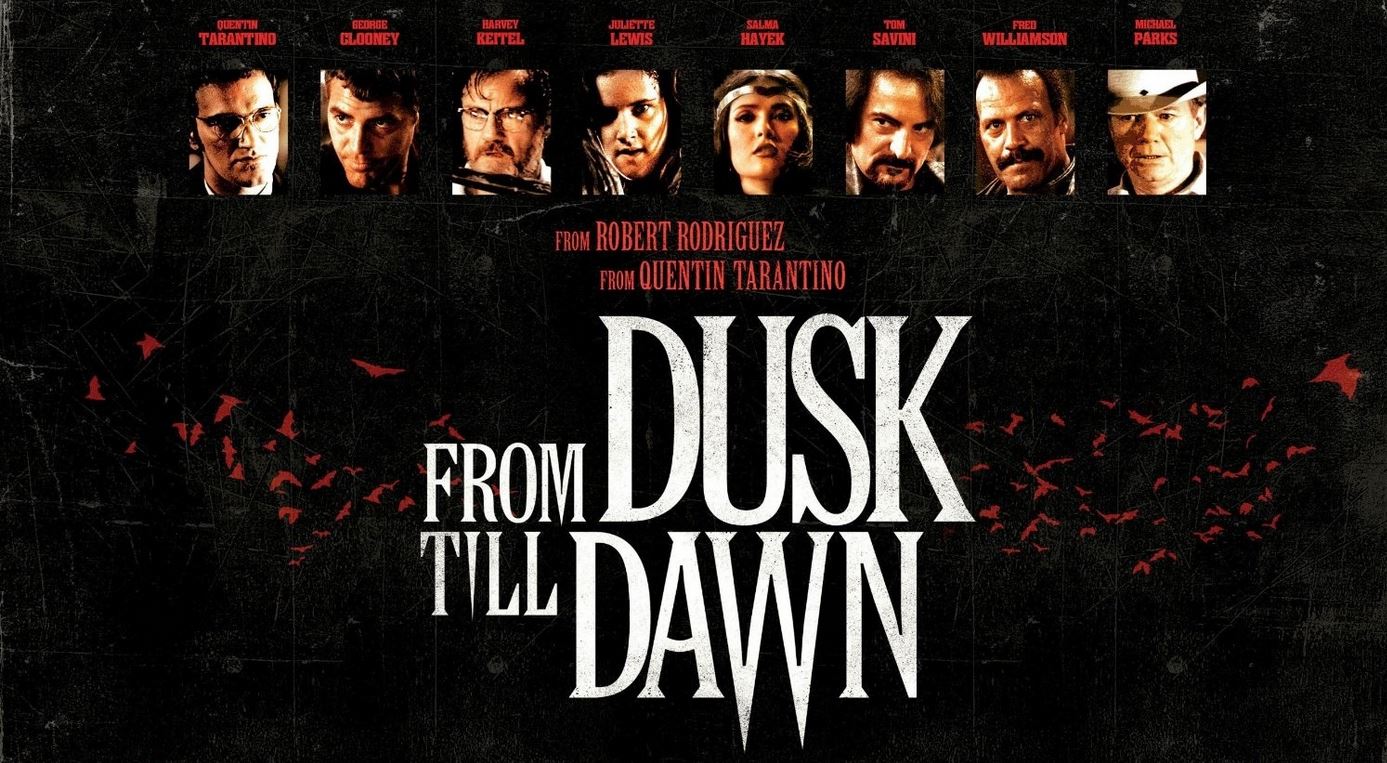 Because it’s 20 years later, it’s easy to forget the placement of the people behind and in front of the camera on From Dusk Till Dawn in 1996. At the time, director Robert Rodriguez was an up and coming action director. Meanwhile, actor George Clooney was almost exclusively known for being the breakout heartthrob from ER. As a matter of fact, prior to From Dusk Till Dawn‘s release, Clooney wasn’t the film’s most notable movie star. It was Juliette Lewis (Natural Born Killers, Cape Fear) and Harvey Keitel (Reservoir Dogs, Thelma & Louise). As for the screenwriter, Quentin Tarantino, he was riding a wave of success after making Pulp Fiction two years prior. However, Tarantino was definitely not known for his acting — a point that still plagues him today despite his stellar filmography as a director.

Oh! And let’s not forget the make up effects of KNB, who were well-regarded in horror circles, but were allowed to introduce their twisted efforts to a whole new audience when this film was released.

But we’re not here to talk about Tarantino, Clooney, Rodriguez, KNB, Lewis, or Keitel. We’re here to acknowledge the moment that Salma Hayek became a star without saying a word…

Happy birthday, From Dusk Till Dawn. But most importantly…thank you, Salma Hayek. Nobody was prepared for your role as a jaw-dropping seductress-turned-vampire when they walked into theaters on January 19, 1996. Least of all, 15-year-old me.