Over at Marc Maron’s WTF podcast, action deity Robert Rodriguez sits down with Marc to discuss his career, the genesis of the El Rey Network, and embracing the DIY spirit.

Known for such films as Desperado, From Dusk ‘Til Dawn, and Machete, Rodriguez truly is a wealth of knowledge about the movie business. For example, during the podcast, Rodriguez delves a bit into how the Director’s Guild Association operates and how it may cost him future shots at any industry awards. 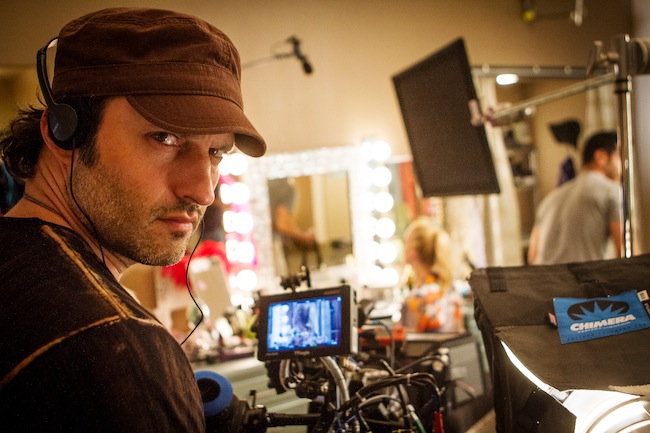 As some of you may know, Rodriguez relinquished his membership to the DGA during the production of Sin City. As the story goes, Rodriguez wanted to share directing credit with Sin City creator Frank Miller. When the DGA balked at the notion of giving co-directing credit to Miller, Rodriguez threw up the peace sign and walked away from the guild. Interestingly enough, Rodriguez admits that the movie may have cost him a nomination from the Academy of Motion Picture Arts and Sciences in addition to many other prestigious Hollywood honors.

True to form however, Rodriguez openly admits that he’s never made a film that was awards bait before, so why sweat the DGA now?

You can listen to the whole WTF interview with Marc Maron (and Blunt Talk‘s Jonathan Ames) below.