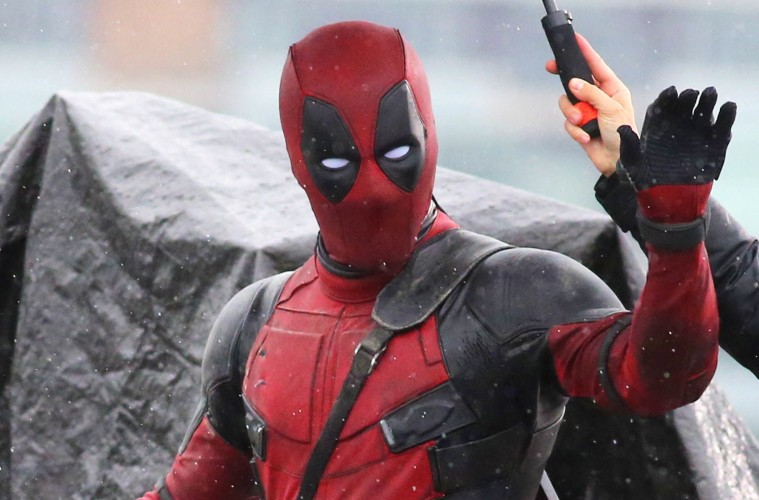 ‘DEADPOOL’ GETS A LOT RIGHT AND A LOT WRONG

I’ve said it before and I’ll say it again: I’m always rooting for a movie to be good. The fact is, more often than not, they ain’t. That’s just how it goes with art, it can’t all be great or else we wouldn’t have distinctions between Picasso’s Guernica and Bob Ross’ happy little trees. I was quietly hoping for something great from Deadpool. The movie delivered, almost.

The Deadpool team got a lot right. I’m no expert, but as far as I know, this is the best Ryan Reynolds in…anything. T.J. Miller holds it down in a low key bit of character acting that earns the amount of time he has on screen, and gives the movie a much needed injection of…earnestness? In any case, he’s funny as usual, and perhaps has the best winking moment in a movie filled with them, when he makes an off-the-cusp comment about Wade Wilson tragically dying of cancer the way it looked like Miller might in real life not so long ago.
The script, too, is full of funny moments that blend action and comedy, gleefully cross the line of good taste and parade irreverence like, well, a Deadpool comic. This is all fantastic, and a significant departure from what we’ve come to expect from nearly two decades of Marvel movies, and really, all superhero movies; but much like Bart Simpson’s short-lived fame as the I Didn’t Do It Boy, comic book movies are in real danger of a precipitous drop-off in public interest. 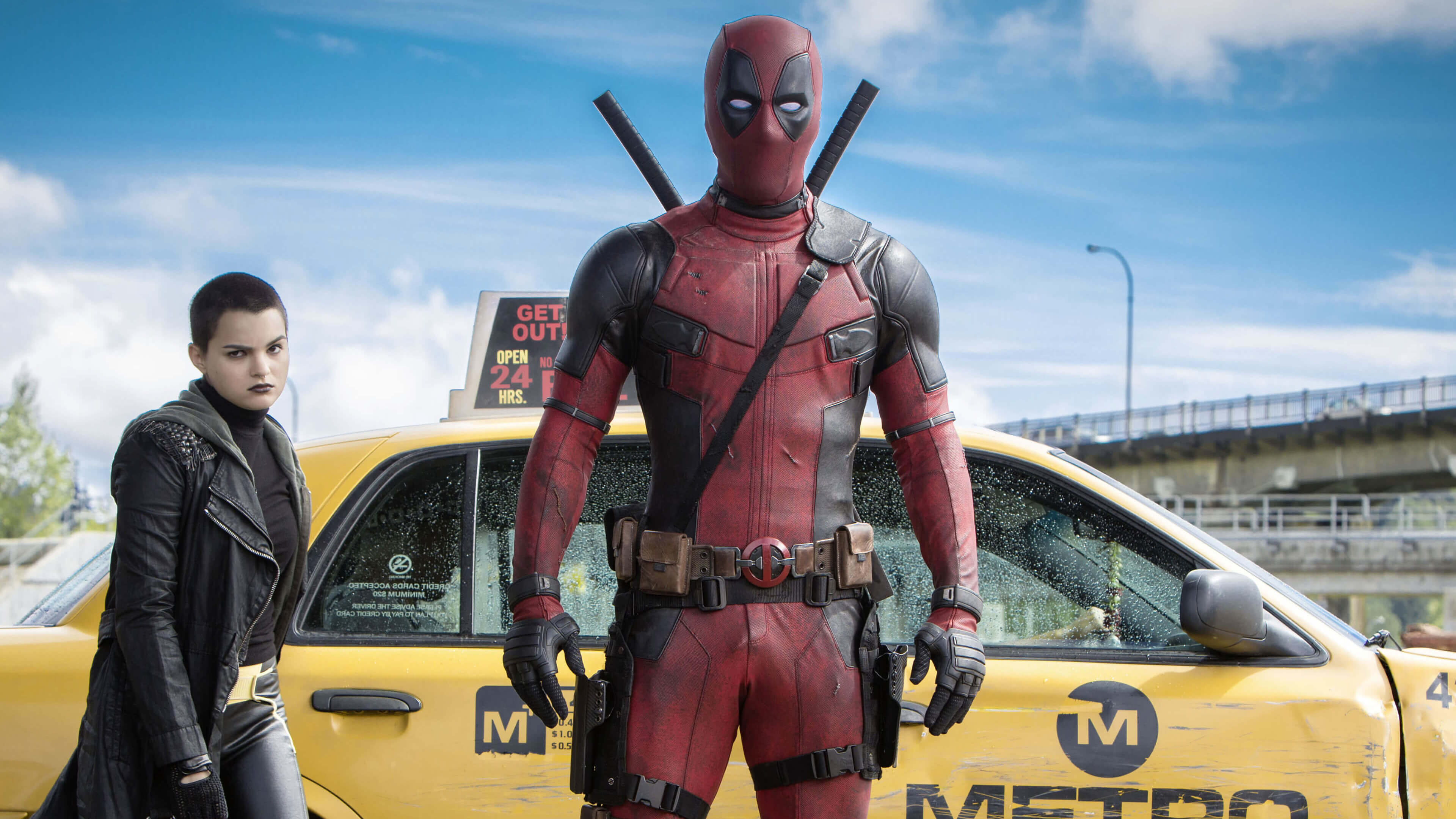 There’s no question that cape movies are the current Hollywood blockbuster gold standard. Marvel in particular, seems to have figured out a way to make if not good, at least watchable movies, that fill theater seats and studio coffers. DC is still tinkering, but seems to be on to something with movies like the upcoming Suicide Squad—likely to draw comparisons to Deadpool for its departure from the norm—even if they’re still struggling with how to adapt marquee properties like Superman, and for some reason, keep insisting on giving Zack Snyder more turns at the helm. We’ve reached peak oil with supes-on-screen, and studios know it because they’re finally loosening their throttle hold on how these movies can look, feel and sound. Audiences are primed, they know what to expect, and now, they want something different.

The problem with Deadpool is that despite the good branding idea of playing up just how different it is from other superhero movies, the truth is, it ain’t. What holds Deadpool together, what makes it watchable, is the humor. Sadly, it’s not enough for the movie to get out of the way of itself and really take off. It is in fact, a distraction job, a sleight-of-hand move to keep you from realizing hey—this is just like every other superhero movie slapped over a lazy (and I do mean lazy) ‘love’ story just with racier jokes. If you pull back the layers of Deadpool, here’s what you get: a boy meets girl (read: assassin meets prostitute) love at first sight story whose stakes are raised not by a problem with the characters’ relationship, but rather, a deus ex machina move in which the lovable assassin gets struck with a deadly dose of terminal cancer. Fine I guess, but a rather obvious bit of story engineering to get Wade Wilson to the evil mutant-makers factory where he’s subjected to a series of random tortures in combination with a serum (when in doubt, you can explain anything in a Marvel flick with a serum) that somehow activates latent mutant genes and cures cancer. Who knew? 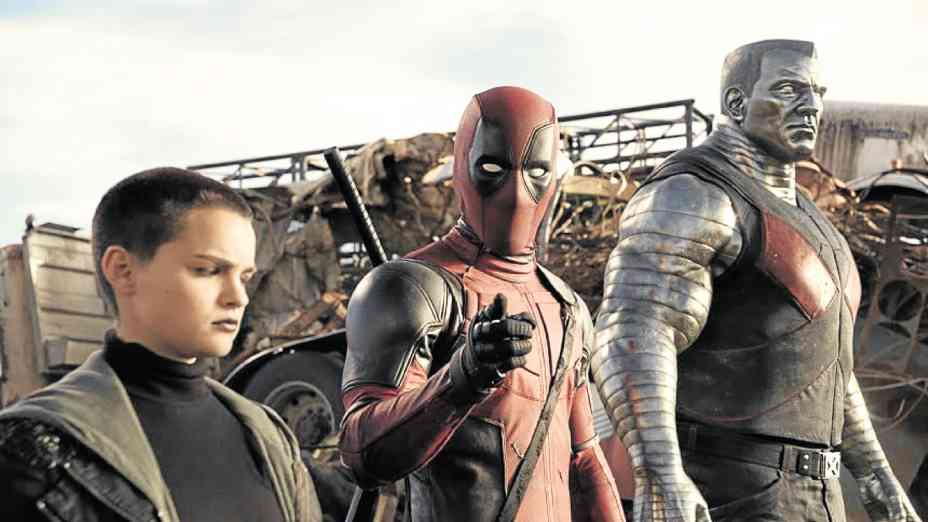 This also serves as the introduction to our villain—a guy named Francis (a girls’ name—funny right?) who: invented the serum, put himself through his own nefarious mutant-making regiment only to end up with super strength and a loss of physical sensation. Now, he’s only capable of clenching his jaw and eliciting joy from Wade’s pain. Why exactly, is never established. Francis just..is. Likewise his insistence on being called Ajax also just…is.

The rest of the movie is Wade hatching murderous plots to get back at Francis for curing him, sure, but making him really, really ugly in the process. He does so via montage, which has the added benefit of skirting the issue of explaining how he tracks down Francis’ men (he had men?) after the evil mutant-making factory was burnt to the ground because of Wade’s escape attempt. Wade’s personal struggle comes in finding the courage to approach his lady love in the hopes of winning her back after a two year unexplained absence, and in spite of his new hideousness. Meanwhile, Francis finds a way into Wade’s past, manages to figure out who his girlfriend is and where she works from looking at a Polaroid, and kidnaps her. Cue the big finale.

There are some shining moments in this flick. Literally, the use of Colossus is a big, shiny moment. The fanboy in me got a kick out of seeing a really Russian, really nineties rendering of Piotr Rasputin. Even if his accent was a bit much, his lines a bit plodding, and if for some reason, he was kind of made to look like a weakling in his big fight sequence…well, damned if it isn’t still the best on-screen Colossus I’ve seen. His pairing with Negasonic Teenage Warhead? I don’t hate it, but she ends up as more of a prop than a character, fulfilling a series of fairly predictable jokes and action sequences that end in ‘splosions.

I would have been willing to forgive a lot of the the movie’s obviousness had the jokes been kept under wraps, but dumbly, the best moments were given away in the trailers. I knew when I watched the first one months ago that Deadpool was either going to be fire, or, another case of blowing the wad early. Sorry to say, it was the latter. This is marketing’s fault, not the movie’s. It’s a bummer to this fan at least, that the studio couldn’t keep it in its pants long enough for the main event to develop staying power.