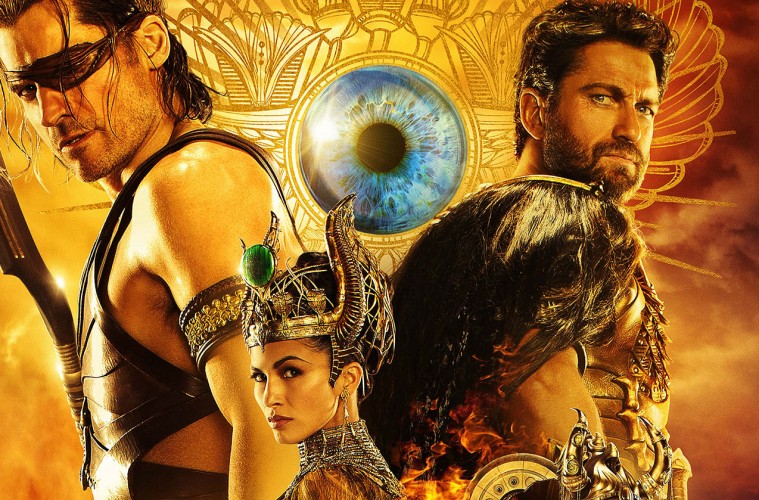 I saw your Facebook rant about the critics who have been giving bad reviews for your latest film, Gods of Egypt. I’m very sorry that you feel the way that you do. Unfortunately, while some of what you mentioned is correct in theory, most of your letter misses its mark completely. Please allow me to explain.

First off, let me say that I am a big fan of some of your previous films. I have to leave out the shorts and non-Hollywood work, simply because I’ve never had a chance to be exposed to them in any way. But your Hollywood stuff has been very good, for the most part. The Crow, in particular, was incredible, and Dark City is an awesome film. I, Robot, wasn’t great, but I do enjoy it every time I see it, despite the presence of Shia LeBeouf. Knowing is the weakest of your previous big-budget films, with a good premise that is drowned out by the many problems that it has. 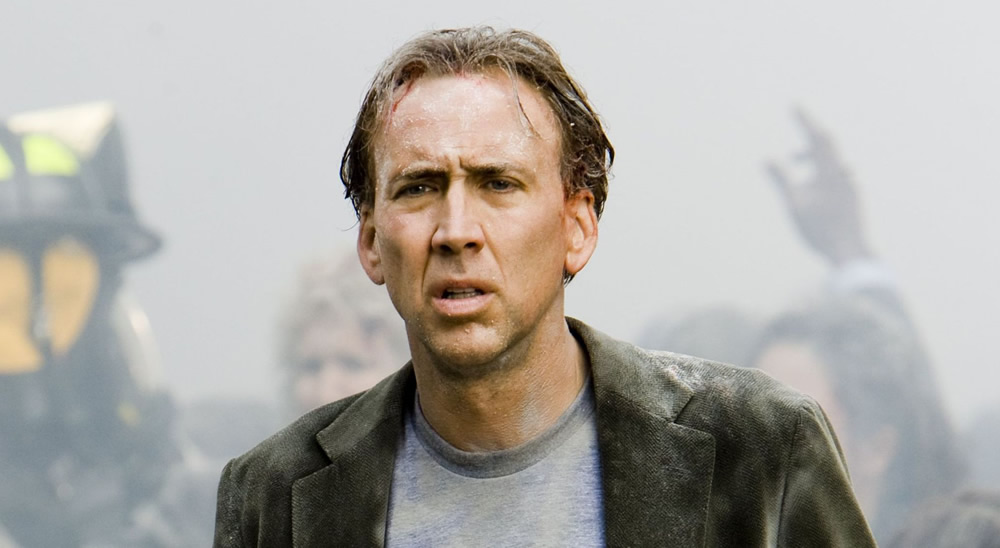 Problem 1: The Hair. Problem 2: The Guy the Hair is Attached to

This brings us to Gods of Egypt and your perception as to why it is being “savaged” in the media. You claim that critics have given it bad reviews because they’re all in on it together, with no one having the intestinal fortitude to stand up for themselves and give an honest opinion. My question is why did this almighty group of reviewers decide to collectively trounce your film in their reviews? If your assessment of their collusion is correct, then they could just as easily have decided to give it glowing evaluations, with no one offering a bad opinion of it. It’s strange to hear you say that if one doesn’t have a good opinion of a movie, then they obviously aren’t able to make up their own minds and must be kowtowing to overwhelming groupthink. You also mention Roger Ebert, saying that he was a good reviewer, and that he was a failed filmmaker and true film lover. The way you phrased it in your letter, though, implied that these were the reasons why he was a good reviewer. It’s as though, unless someone has at some point been involved in the making of a film, their opinion is not valid. This type of argument is incorrect, as a human being can have an opinion on anything, whether they have had a hand in its creation, or not.

Mr. Proyas, I’m not a professional reviewer. I’m really not even an amateur reviewer. I’ve never made any films, not even any short student pieces. But I love movies. I love the narrative process and directorial ideas that are involved in making me care about a movie’s characters and plot. I see many movies on opening day, for no other reason than in my own mind I like to think I’m the first one to be given a glimpse into the creator’s imagination. This also offers the side effect of my seeing the movie before most reviews for it are out, either from professionals in the media or via word-of-mouth from friends and family. So please note that while I am aware of the reviews for Gods of Egypt, they didn’t influence me when I saw it on opening day.

I disliked Gods of Egypt. I can’t say that I hated it, because my cinematic hate is reserved for the truly horrible, like White Chicks or It’s a Wonderful Life. But I disliked it far more than I liked it. There were things about it that were interesting. Much of the CGI was good, and I liked the fights between the gods, especially when they’d transformed into their animal personas. Geoffrey Rush did an acceptable job, though I feel he was given the same task as Anthony Hopkins in the Thor movies, and Rush is no Hopkins. Gerard Butler, likewise, was good as Set, but I wonder if this is only because the role required him to scowl and yell through most of the movie, and these are skills that he appears uniquely qualified to display.

There were, however, many more problems than there were bright spots, as though Apophis had devoured most of the things that would have redeemed the movie. First, the acting by almost all of the other actors was horrible. Courtney Eaton and Brenton Thwaites as Zaya and Bek, respectively, are supposed to be the driving force behind the narrative of the film, but they don’t do enough to make me care about what happens to them. There’s no character arc for Bek, other than that he starts out distrusting Horus and ends up trusting him. He learns nothing about himself, and he doesn’t really change from beginning to end.

Nikolaj Coster-Waldau (a name I won’t be typing again) as Horus is slightly better, as he goes from spoiled rich kid who’s given everything without having to work for it, to reluctant hero who emerges triumphant after discovering the strength that was within himself all along. There is a definite character arc for Horus, which is good. What isn’t good, though, is that the gods shouldn’t be the characters with the most development. Yes, the movie is called Gods of Egypt and not Humans of Egypt during the Time of Gods, but the human characters are who the audience is supposed to empathize and identify with. It’s like in the Transformers series of movies. The robots are the spectacle, but the audience tends to care more about what happens to the humans. When you deprive the audience of an anchor, they don’t know what to attach to, and that drives them to dislike the movie.

The movie also felt very derivative of other recent, and some not-so-recent, movies. I understand that there are very few original ideas out there and that everything is built on the backs of what came before, but I got very little in the way of freshness here. There were very distinct Conan and Hercules vibes, mixed with a little Transformers and Prince of Persia and a lot of Hamlet. I’m all for taking what works and making something new from it, but you have to do the second part. You can’t stop at the first and hope everything turns out okay. 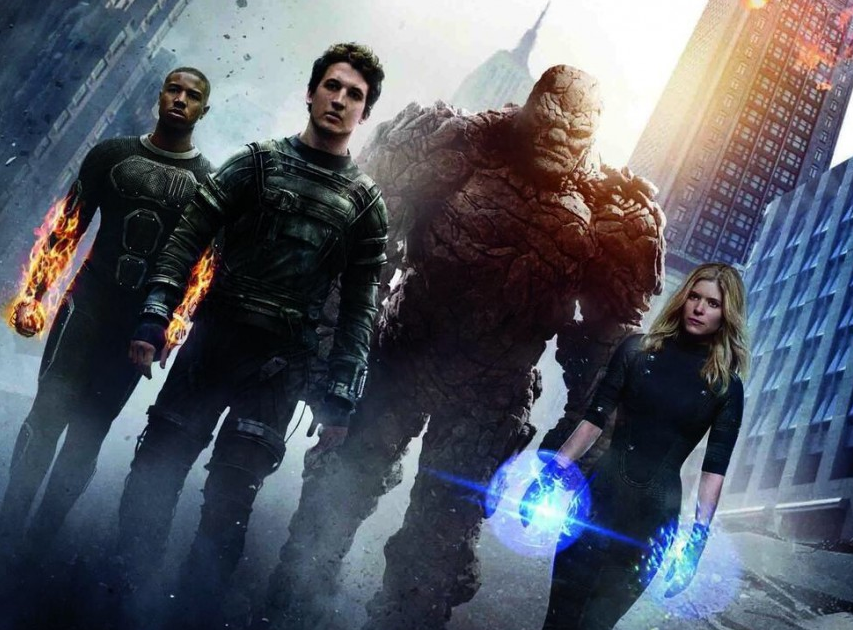 No, it’s okay, this was successful before, right? Right?

Possibly the biggest issue for me, though, is this movie’s relationship to your previous films. This might not be the thing that has kept moviegoers out of the auditoriums showing Gods of Egypt, but I went into this with the knowledge that you were the director. I was hoping to get something that you’d given in your previous films: a deeper message. In The Crow, love defeats all, even death itself (or does it?). Dark City made me wonder about the true nature of the soul versus the mind, and whether the two could be switched from person to person. I, Robot suggested questions of natural and artificial humanity, and Knowing, weak as it was, still managed to play with the ideas of faith versus fate and belief versus knowledge. But Gods of Egypt doesn’t feel like it has any deeper meaning. The deepest message I can get from it is to help your friends because then they might do something for you in return. Basically, this didn’t feel like an Alex Proyas movie to me. It felt like a standard Hollywood cookie-cutter blockbuster with your name attached to the front of it.

Before I close, again understand that I’m not a person who belongs to the group you denigrated in your Facebook letter. I get nothing out of saying that I don’t like your movie, just like I would have gotten nothing out of saying that I liked it. Unfortunately, I didn’t like it, though this doesn’t mean that I’m just another sheep following the flock. It means that I, with a working brain, saw your film and formed an opinion of it, one that was mine, and mine alone. You can’t say that my opinion doesn’t matter as much as anyone else’s, because the only person a person’s opinion should matter to is that person.

I get that you’re unhappy that this movie isn’t doing well. I get that you think there are other people responsible for that. And you’re right, in a way. The people responsible for not wanting to see your movie are the people with the money who choose to see something else. They choose to see something else because they don’t want to see the things that you’ve done with this movie, good or bad. People go to see movies that they want to see, not movies that other people say are good or bad. Remember, the Transformers series has gotten some horrendous reviews, too, but it’s raked in billions of dollars. There’s more to an audience wanting or not wanting to see a movie than the opinions of a group of reviewers. 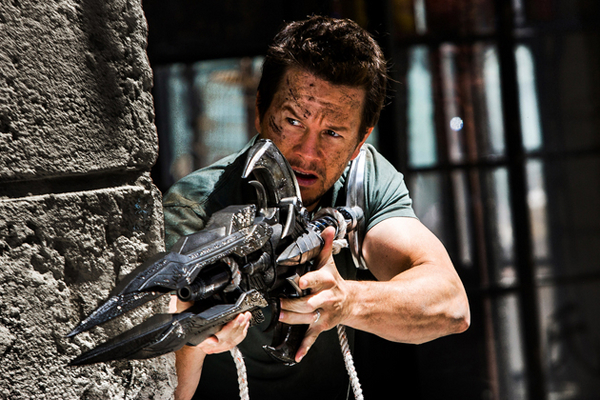 I do hope you’re able to put this behind you and create something worthy of your name in the future. If not, I’ll be happy watching your early work and forgetting what happened in your most recent attempt.

PS, I didn’t once mention your issue with people’s complaints of “whitewashing.” Oh, damn, now I’ve done it. At least I agree with you that The Crow should not be remade. Friends?

Damion Meyer is a student of life. And of school. And of driving tanks through buildings. When he’s not reading and writing, he’s looking for continuity errors in his favorite movies. Needless to say, he never really stops doing this. Seriously, though, he once drove a tank through a building.