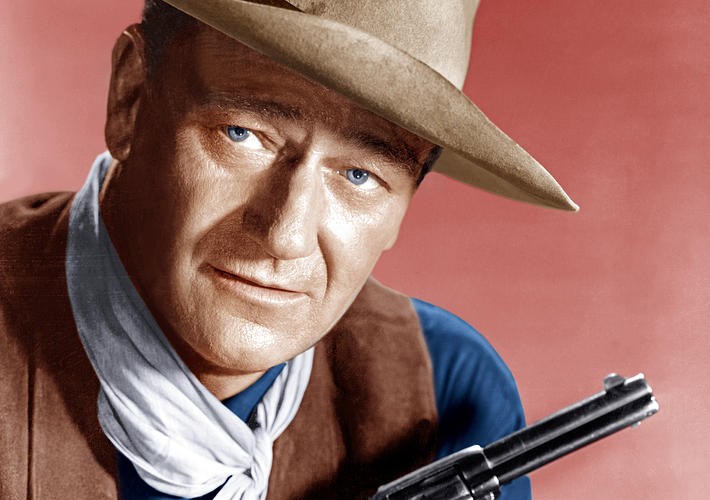 I love the western genre.  As a kid, these classic movies were all over TV at all hours of the day and night…starring some of America’s movie heroes, like John Wayne. He was known as “The Duke”, a nickname that came from his family dog.  John Wayne was a “star’s star”, one of the world’s biggest for decades – he made more than 160 movies in his career!  He became a star in 1939 thanks to “Stagecoach”, and throughout the 1960’s he ruled the western genre of film – until a changing society booted him off the saddle.

In the 1960’s, Wayne owned the western, with hits like “The Sons Of Katie Elder”  and “Rio Bravo”, which was The Duke’s remake of his own movie “El Dorado.” In 1966, John Wayne saddled up for “El Dorado”, the classic tale of a gunslinger who helps a drunk Sheriff clean up his town. 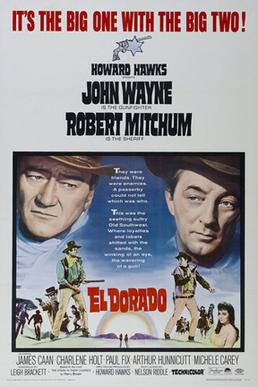 John Wayne: “Don’t you know better than to follow a man that way?”

Mississippi: “Sorry… I didn’t know there was another way.” 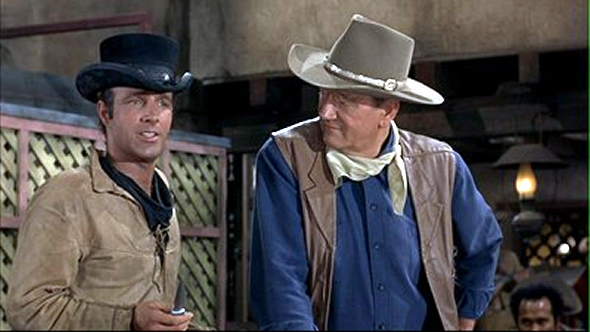 Legendary Director Howard Hawks was behind the camera for both films, and here is some great trivia: Robert Mitchum kept forgetting which side he was supposed to limp on in the film, leading Hawks to insert a line poking fun at the continuity problems!

“El Dorado” is actually a remake of a film Hawks made with John Wayne seven years earlier, with the Duke in the same role, but Mitchum’s role was played by Dean Martin, and pop singer Ricky Nelson was in the Caan role.  Other than that, the plots are virtually identical. 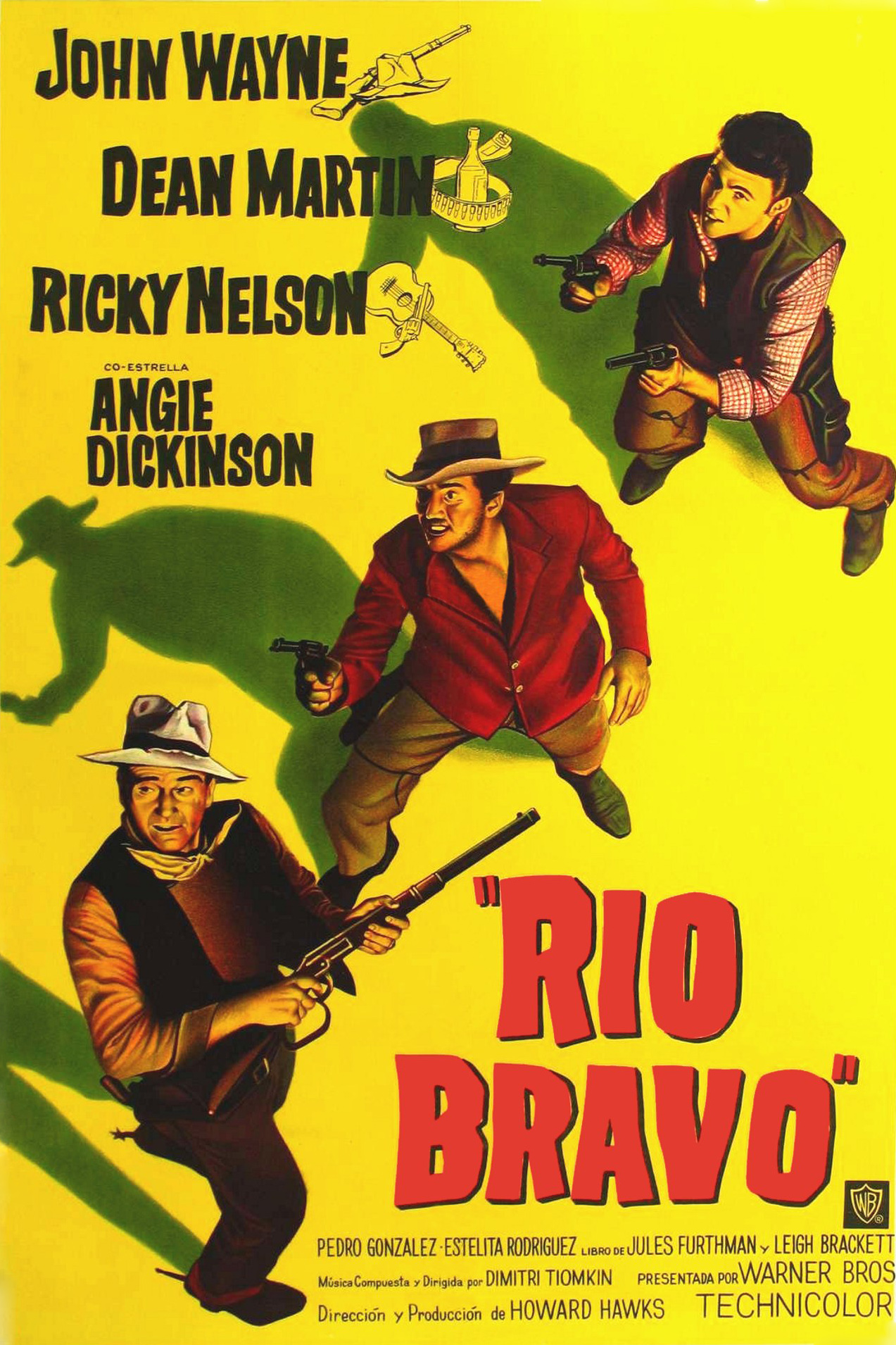 By the end of the decade, the Duke’s traditional view of the old west was about to get challenged.  In 1969, Hollywood thanked John Wayne for a career of great work by giving him the Academy Award for Best Actor for “True Grit!”

Playing the one-eyed drunk Sheriff Rooster Cogburn, the Duke hunts down the outlaws who murdered a young girl’s father.  A young Robert Duvall played outlaw Ned Pepper, and Wayne had the chance to face him down with this memorable scene:

Rooster Cogburn: “I mean to kill you in one minute, Ned. Or see you hanged in Fort Smith at Judge Parker’s convenience. Which’ll it be?”

Ned Pepper: “I call that bold talk for a one-eyed fat man.”

Rooster Cogburn: “Fill your hand, you son of a bitch!”

“True Grit” is a classic movie about the wild west, but it signaled the end of the “traditional” western as well – because the world around John Wayne had changed dramatically by 1969… 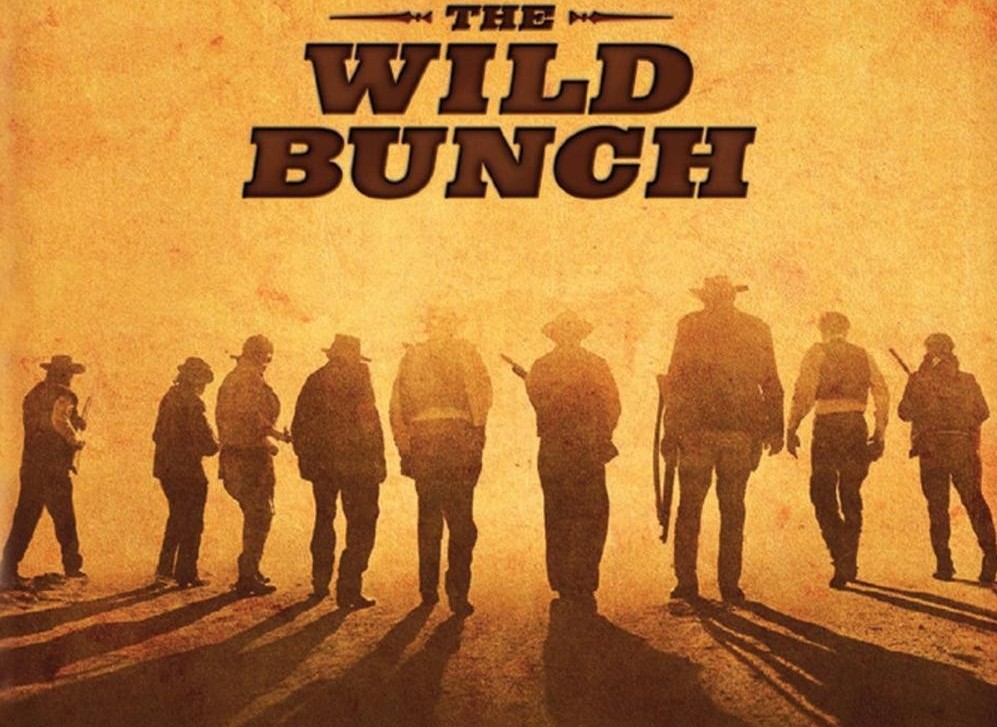 This iconic movie line is from “The Wild Bunch” – also released in 1969 – but there was a big difference in how the western genre was being portrayed – a new political order in Hollywood was burning down the establishment.

By the end of the 60’s, films such as “Bonnie & Clyde” were showing new levels of violence and adult content in films.  The Motion Picture Association was in the midst of creating a ”rating” system – to help guide viewers through this new world of permissiveness…and “The Wild Bunch” earned notoriety for pushing onscreen violence to never-before-seen levels…

William Holden, Ernest Borgnine, Warren Oates and Ben Johnson were “The Wild Bunch” – aging bank robbers who just wanted one last score – as the wild west was closing in on them, led by former gang member Robert Ryan, who now led a private posse tracking them down – dead or alive…

Director Sam Peckinpah showed a wild west that was brutal. “The Wild Bunch” is filled with intense action set pieces, and ends with one of the most violent action sequences ever captured on film – a “ballet of blood!”

The four gang members decide to barter for the release of a young colleague, but the Mexican General who just purchased their stolen shipment of guns decides otherwise.  In a shocking scene, he slits the young man’s throat in front of the four, and the bloodbath is on.

In the climactic scene “Shootout at Bloody Porch” there are more than 325 edits in five minutes of action – almost an edit every second – and the scene captures the bloody carnage as dozens of soldiers are graphically mowed down. 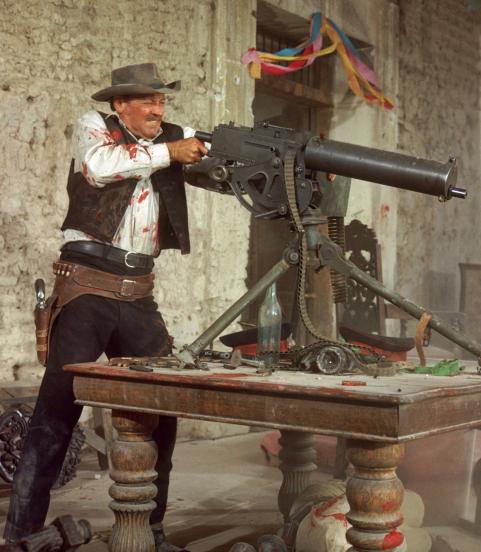 Due to its excessive level of violence, the movie was threatened with an “X” rating by the Motion Picture Association of America’s newly created Production Code, but ultimately ended up with an “R” rating – and was considered the most violent film ever released at that time.

This shocking level of violence stood in stark contrast to the “shoot ’em up” style of action offered up by John Wayne – a style of film that would never achieve the same level of popularity again.

So, in 1969 the western changed forever.  John Wayne would receive his “lifetime achievement award” for “True Grit”, but never be as popular again.

The Duke even stated that “The Wild Bunch” destroyed the myth of the Old West, but in reality, a new wave of filmmakers chose to strip away the sugarcoating, and the western became an analogy for the country’s folly in Vietnam.

No longer were films an escape, they were an indictment…a new era of cinema had arrived.