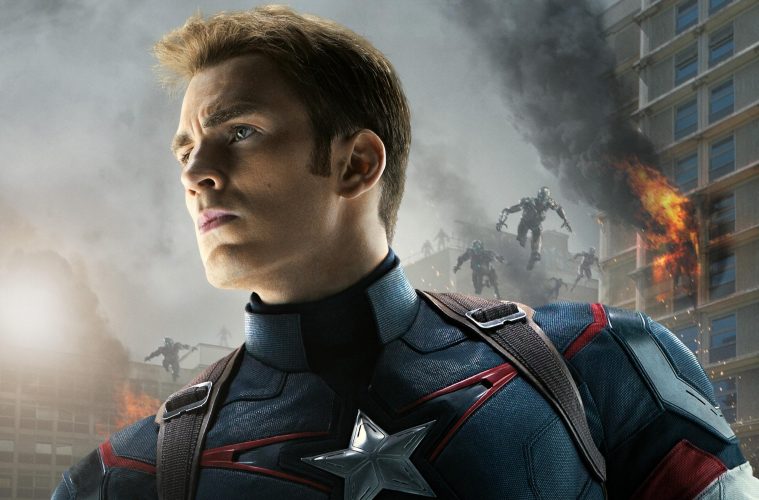 Recently, I watched Captain America: Civil War, the third installment in the Marvel Cinematic Universe’s Captain America trilogy. Although I must admit that I was a little more excited with The Winter Soldier (don’t read too much into that), for me — a Sergeant and Petty Officer 2nd Class in the United States Armed Forces — the most exciting part of Civil War came from the discussions that the film has provoked. Not coincidentally, these discussions center around the exact same question that Marvel posed to fans back in 2006 when the original Civil War comic arc was released: “Whose Side Are You On?”

Last week, I  read Angela Night’s piece that attempted to persuade the reader that #TeamIronMan is the way to go. Angela claimed they were on #TeamCap originally, but switched to Iron Man’s side because, in Angela’s words:

“If The Avengers and other enhanced individuals claim to act on behalf of mankind, as protection from foreign and domestic threats on a global and even intergalactic or interdimensional scale, then they must allow themselves to be answerable to that mankind.”

“Nobody should exist above the law, not even The Avengers. Sorry Captain America, I get where you’re coming from but I’m exercising my right to choose, and I choose Team Stark.”

Well…sorry, Angela, but I don’t think you get Cap at ALL. And anyone who is Team Iron Man is a selfish human only concerned with their own safety. Don’t worry. I’ll explain exactly why that is… 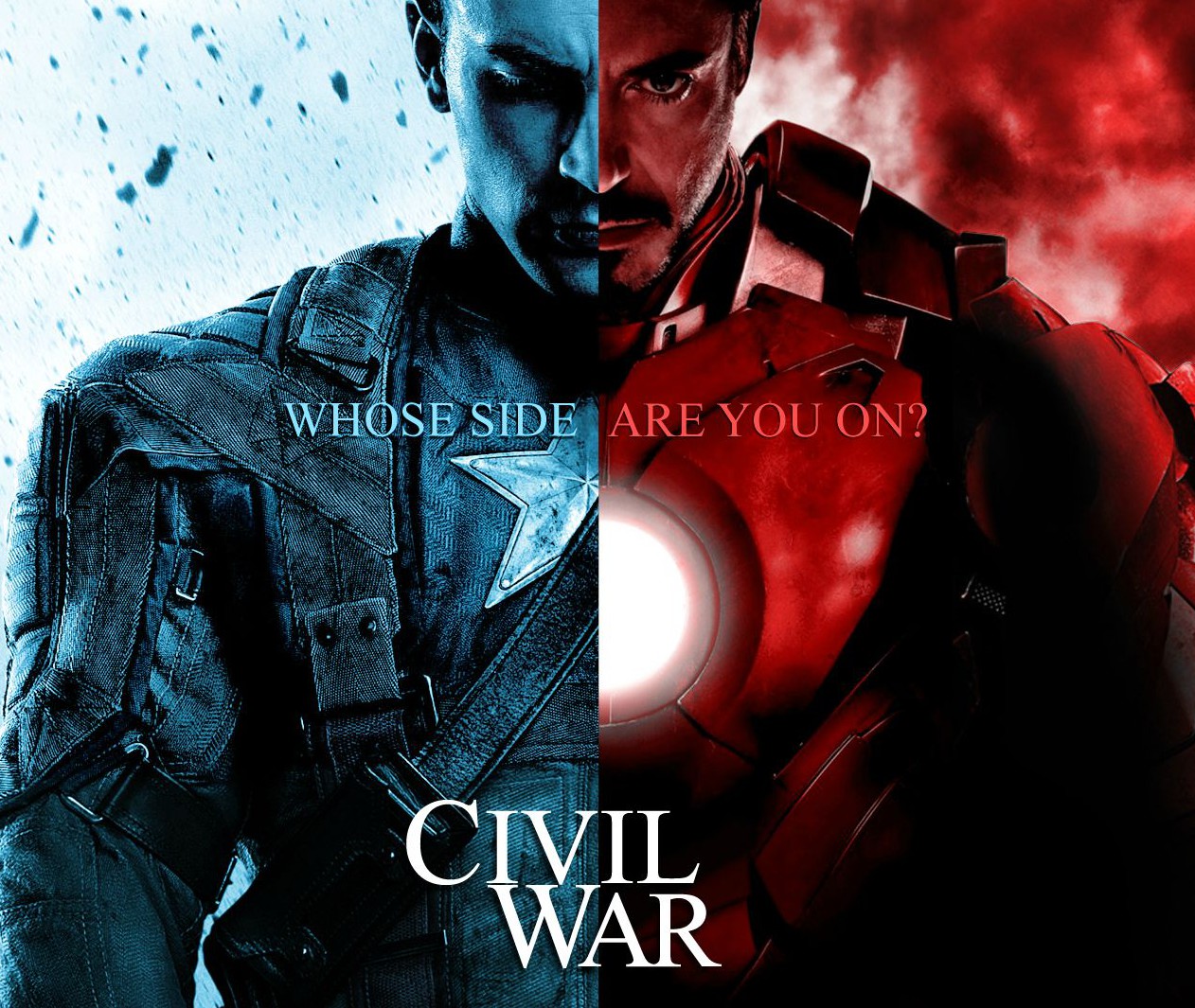 Similar to the comics, the road leading to Civil War was paved with the human casualties from meta-human battles. The  proposed solution in both stories is a law that basically makes these meta-humans agents of the government — to be trained, deployed, and commandeered wherever Uncle Sam so chooses. If the heroes don’t comply and register then they get thrown in jail. Iron Man sees this as the future and the only way to retain public trust. Captain America however, sees this for what it truly is: A form of control that could turn the Avengers into weapons for the purpose of furthering the agendas of those in control.

Tony Stark doesn’t have the greatest track record when it comes to personal accountability. In fact, he’s the biggest threat to human lives in the Avengers. His armor has been compromised by artificial intelligence (Age of Ultron) and terrorists (Iron Man 3). Not to mention the fact that he made weapons that were sold to terrorists (Iron Man), and he drunkenly opened fire on a crowd of civilians (Iron Man 2). According to Civil War, Iron Man believes in utilitarianism more than Steve Rogers. This is reflected in his decision to head up the registration side of the argument. Stark is confident that he can control the registration from the inside through amendments, semantics, and politics. The problem here is that Tony has not shown any true humility. The “futurist”, despite all his genius and science know-how, cannot foresee every contingency or compute every utility to arrive at some perfect solution. He simply cannot. Stark is relying solely on humanity’s fear and their need to be secure and presumably safe.

Steve Rogers knows that people are not the property of the state or any government unless they willingly decide to sign those freedoms away in service — as he once tried to do as an enlisted serviceman. From his perspective, for the government to force someone to serve because they have above average abilities is wrong. It’s the same argument as saying that because someone like Tom Brady is an excellent quarterback that he should join the Army as a designated grenade thrower or go to jail. Or better yet, if a random stranger pushes a kid out of the way of a drunk driver, and slams into a pedestrian on the sidewalk and kills the pedestrian — the random stranger should go to jail if they weren’t registered as a government rescue worker.  It’s morally wrong. And unlike Stark,  Cap’s moral obligation requires no computation or equation. As Vision points out in the film,  Steve relies on “what’s right is right, what’s wrong is wrong”. You can argue that following such a binary system of belief could also potentially lead to a lack of humility. But that’s the thing about Rogers…he doesn’t suffer from that flaw in the same way that Tony does. At a pivotal moment in the film’s plot, Captain America actually rethinks his position when he’s exposed to new details following the capture of The Winter Soldier. In the comic series this happens during the arc’s climactic battle, but it happens briefly in the Civil War movie — occurring right before Tony admits that he has Wanda locked away at the Avengers compound against her wishes. For a second, Cap is willing to accept that he may be wrong.

If we only examine Civil War through the history of the MCU and not the half-century of Marvel comics, the argument becomes even simpler. Largely because the films have consistently proven that the governments of the MCU are pretty worthless. In fact, if The Avengers and its members had not intervened on several occasions the damage would have been far worse. As pointed out in 2012’s The Avengers, they aren’t equipped to deal with such threats and the government’s involvement has the potential to be far more catastrophic. Remember: It was the World Security Council (the group that S.H.I.E.L.D. answered to) that wanted to nuke Manhattan as a response to the Chitauri invasion. Nuke. Manhattan. Pretty sure that would’ve killed the 1.6 million people living there and the thousands of the people living in the surrounding New York City boroughs. In Captain America: The Winter Soldier it was revealed that HYDRA had been manning the puppet strings of S.H.I.E.L.D. for years, (guess it wasn’t the World Security Council after all). In fact, it was the government that paid for and built the helicarriers that were used to destroy D.C. during that particular film’s finale. Ultimately, it was Captain America and his friends that saved the day before the government even had a plan. As far as Sokovia goes, it was the brilliant futurist, Stark, that created Ultron. It was the Avengers that stopped the killer robot while the governments of the world stood by helpless.

Basically, Tony Stark is a hypocrite. He built weapons of war for years, including the same weapons that killed the Maximoff twins’ parents. As a matter of fact, when Wanda Maximoff took control of his mind in the beginning of Age of Ultron, Stark retrieved Loki’s scepter for his own means. Everyone is expected to forgive Tony because he wasn’t in the right frame of mind, right? But when Winter Soldier wasn’t in control of his own mind…how soon we forget.

Tony’s own team is questionable too: Black Panther, Spider-Man, Black Widow, and War Machine. Black Panther didn’t sign the Accords. He’s simply on Tony’s side because the Winter Soldier is on Cap’s. Panther has diplomatic immunity, which is shown in the chase scene’s aftermath, and in the very act of providing Cap asylum at the film’s finale. Spider-Man definitely isn’t signing the accords. He’s a minor. To sign any government document such as the Accords would require that his parent or guardian to be present. et Tony allowed Spidey to keep his web swinging secret from his oddly attractive aunt. Black Widow signed, but Black Widow’s true agendas are always up for question. She really just wants everyone to get along. And Colonel Rhodes’ opinion doesn’t matter at all. He’s not a metahuman. He’s a pilot lucky to be friends with Tony. This is evident when he sat directly next to Tony during Tony’s Senate hearings in Iron Man 2 (below). You may recall that Rhodes didn’t have much to say then. As an active duty commissioned officer in the U.S. Air Force, of course he’s going to go with the government. It’s his job. He’s following orders.

But curiously enough, you know who’s NOT an active duty serviceman? Captain America. Captain Steve Rogers was killed in action and unwittingly cryogenically frozen until he was discovered years later. His duty to the United States Armed Forces was over the minute he was declared dead. He’s referred to as “Captain” because that’s the rank he was promoted to. Servicemen keep their rank after their service is over. Look at General Colin Powell. Hell, even I’m a Sgt. until the day I die. So to say he’s a terrible soldier because he isn’t following orders is ludicrous. Army regulations prohibit him from serving, and since he doesn’t serve he’s not obligated to follow anyone’s orders. If you expect him to, then you’re also expecting all retired and veteran personnel to follow active orders as well. Cap is a free citizen now. He doesn’t have to be in the Army because he’s young bodied and able. He’s Captain America. Not Captain North Korea.

The thing is kids, with great power comes great responsibility. A message that Spider-Man has famously championed. But it’s not only Spidey’s credo, it is the credo of every selfless person that chooses to selflessly stand up in the defense of humankind. Some of these heroes have various motivations for why they choose to fight for humankind, but at the end of the day they do it because they feel it’s their responsibility. If any of these individuals were forced into service then is it really a hero’s responsibility at this point or is it forced labor? To assume that a metahuman should protect us because they are capable is selfish. Making them sign the Sokovia Accords means taking advantage of their gifts and turning good deeds into duty. Captain America sees it for what it is. And if you recall, when Cap asked Spider-Man what Tony said to him to convince Peter to join the fray, Spidey naively states, “That’s what he said”, referring to Tony. Stark has completely removed the “why” from the conversation. And that’s the most important part of a hero’s motivation.

They aren’t soldiers. They aren’t cops. They didn’t choose to do either. But if you believe they should be, then you also believe in the draft. Do you want to have that conversation?