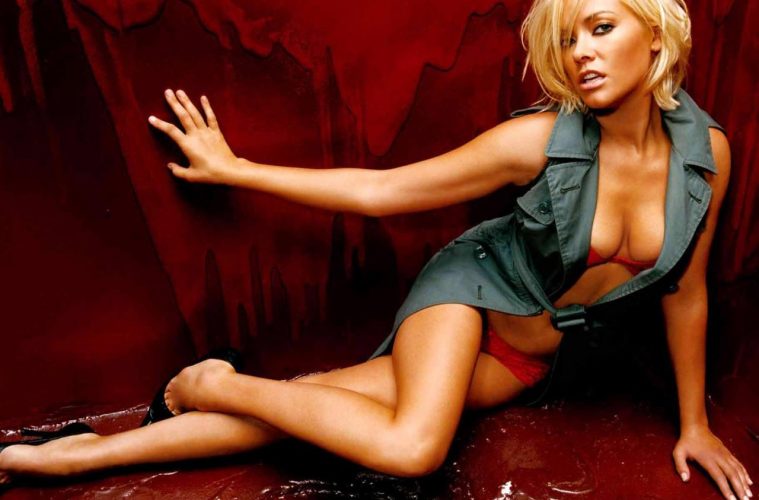 As action movie and TV fans, we all have our favorite stars from both areas of entertainment. For years, we have adored many pin-ups from our top movies and TV shows. Who doesn’t love Mulder or Scully from ‘The X-Files’? Who hasn’t got a dream date from ‘Star Wars’ or ‘Star Trek’? And who even wouldn’t love ‘Superman’ or ‘Wonder Woman’? Well, while there’s love for all of those, my own personal favorite for so long has been the magnificent Kristanna Loken. Amazingly beautiful, an extremely kick-ass action star and sexy to a point where even gay men and straight women question their own sexuality. From starring in spectacular action movies to playing incredible lesbian lovers on TV, Kristanna has done it all, also including being a highly respected model and glamour magazine icon. 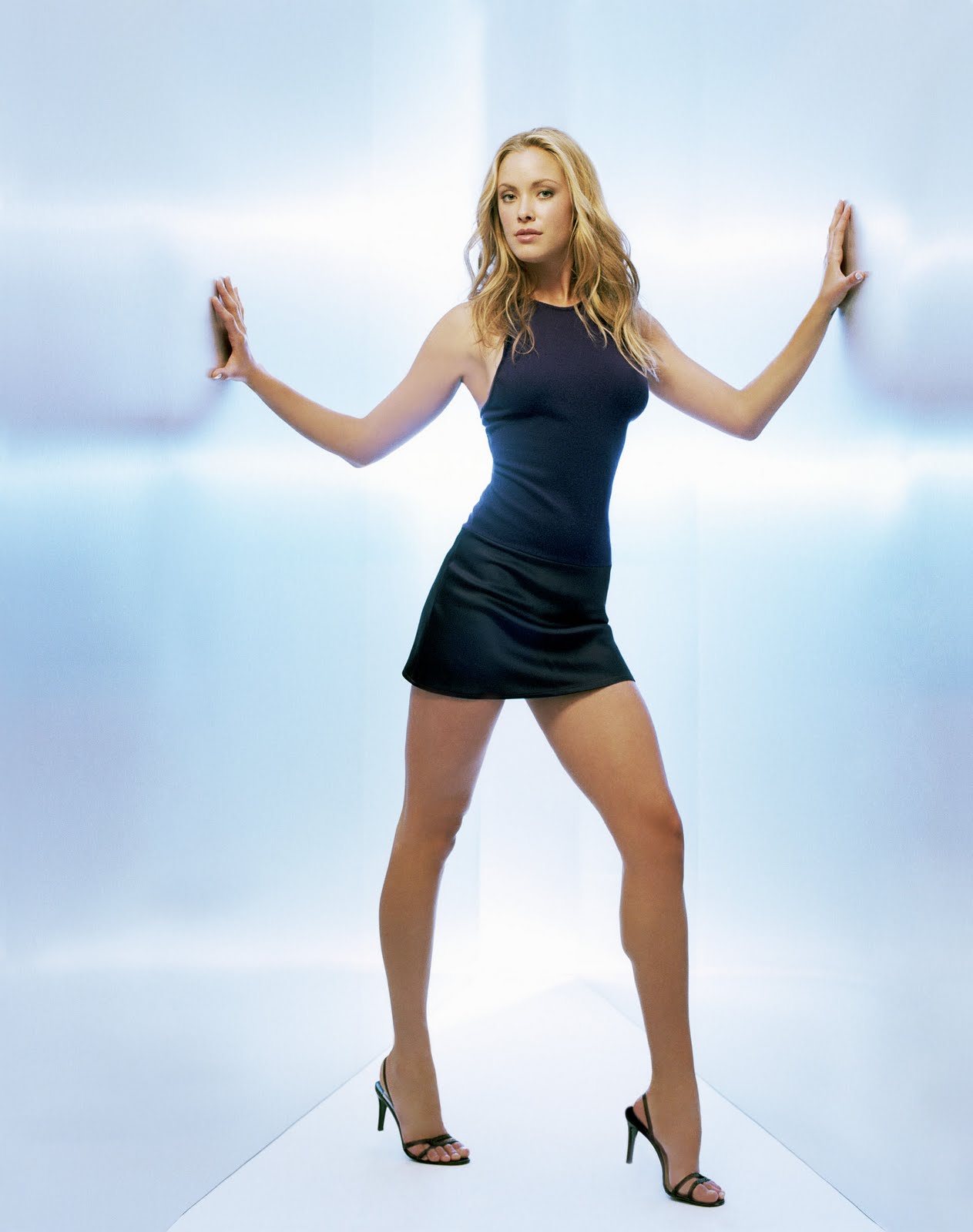 Born in 1979, with ancestry from Germany and Norway, Kristanna started out her career as a model entering beauty contests, and starring on television in shows such as ‘As The World Turns’ (Which ran for over 50 years) and ‘Boy Meets World’. But her big break came in 1998 when she starred as Taja in the TV series of video game classic franchise ‘Mortal Kombat’. The series, titled ‘Mortal Kombat: Conquest’ was short lived, running for only one season, but it picked up a loyal fan base, thanks to the great stars, brilliant fight scenes and the popularity of the video game series. Kristanna displayed early on her kick-ass ability and how absolutely stunning she is on screen. It was a great show, and is in serious need of a great home release for those of us who loved it. 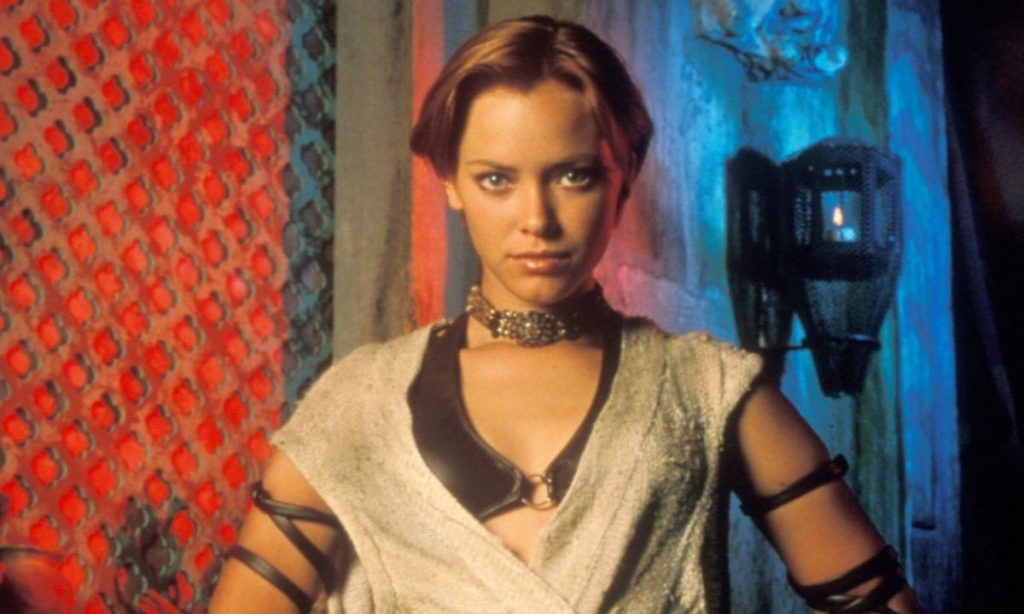 In 2003, Kristanna would gain her most famous role, starring as a brutal time-travelling cyborg assassin in ‘Terminator 3: Rise Of The Machines’. Super sexy, extremely violent and a woman of few words, Kristanna as the brilliantly named “Terminatrix” (AKA “T-X”) cemented her name in the history of geekdom. Although ‘T3’ has never been appreciated like the first two ‘Terminator’ pictures, it has remained one of my personal favorite movies since its release. And much of that is down to the wonderful Miss Loken and her magical ways. Anyone wanting to see a longer thought piece of mine on ‘T3’, click here. 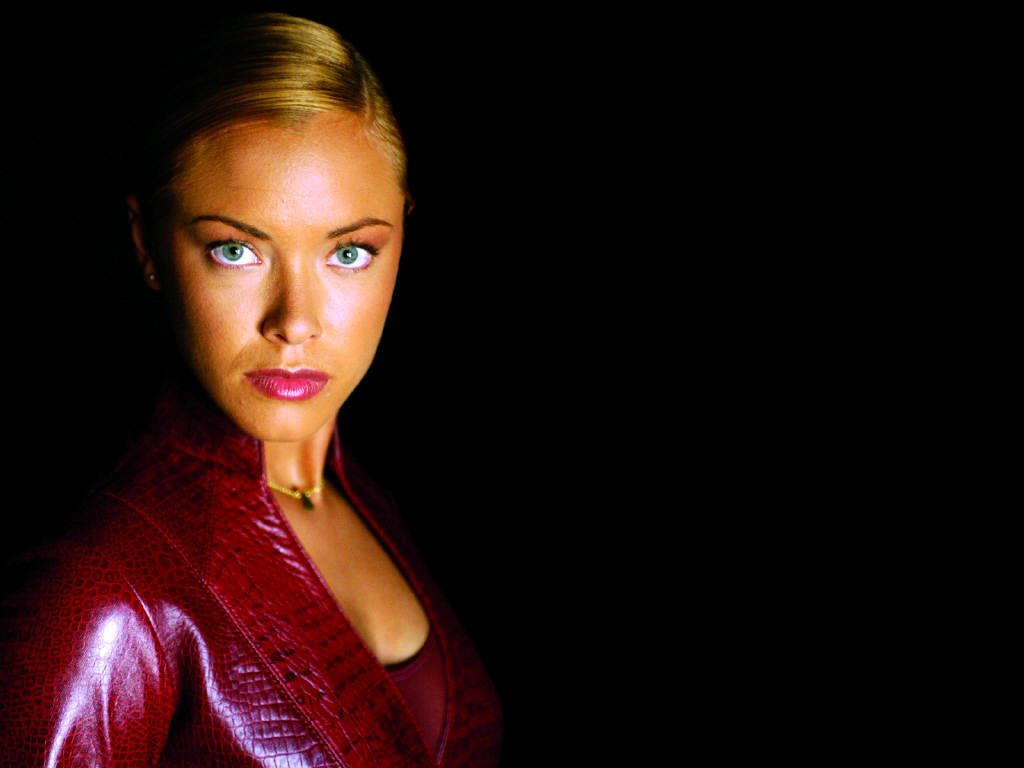 Since ‘Terminator 3: Rise Of The Machines’, Kristanna has gained a massive amount of work, both in TV and film. But the next big role would come as she embarked on another role, based upon a video game series. This time, the cult classic ‘Bloodrayne’ series. Starring in the game’s first feature film, Kristanna stars as the title character Rayne, a half human-half vampire who is out to avenge the rape of her mother at the hands of a vampire king. While totally silly, a bit of a troubled script for supporting characters and made on a very low budget, ‘Bloodrayne’ gave Kristanna the perfect vehicle to display her amazing fighting skills and her perfect body, and boy is it a terrific 90 minutes. Directed by Uwe Boll, one of the biggest names in ultra-low budget action horror movies, ‘Bloodrayne’ is impossible for a fan of his or Kristanna’s not to love. Also features a brilliant supporting cast including Ben Kingsley, Michelle Rodriguez and Meat Loaf. 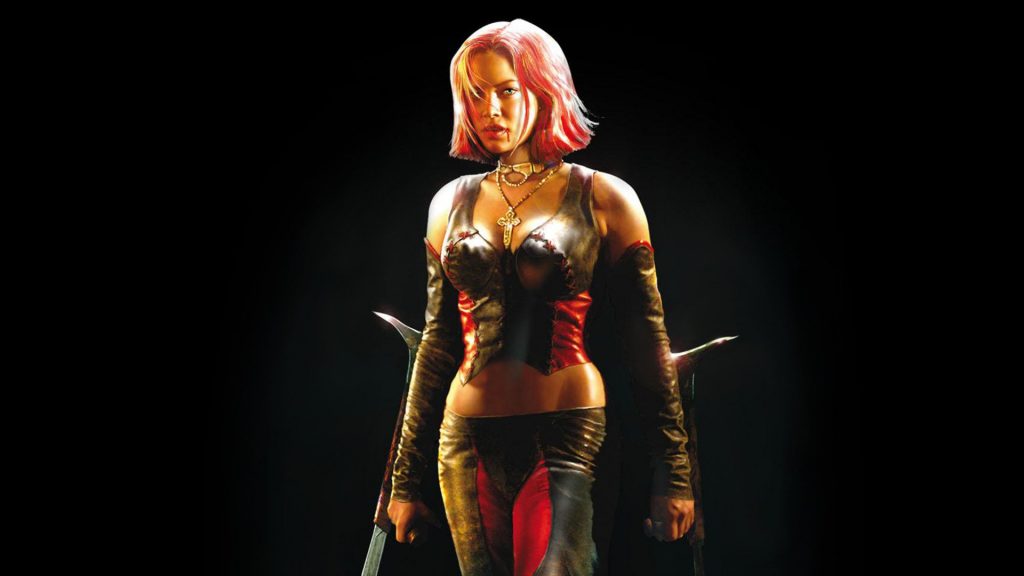 Thanks to her now well established status as an action star, Kristanna then starred in her own action TV show, ‘Painkiller Jane’, based on the comic book. I have sadly yet to see the show (It hasn’t aired on TV in my part of the world, and is unavailable on DVD or online), but from photos and clips I’ve seen, the history of the comic series and Kristanna’s starring, I’m assuming it can only be great. It does have a fan base, very much like the series of ‘Mortal Kombat’. 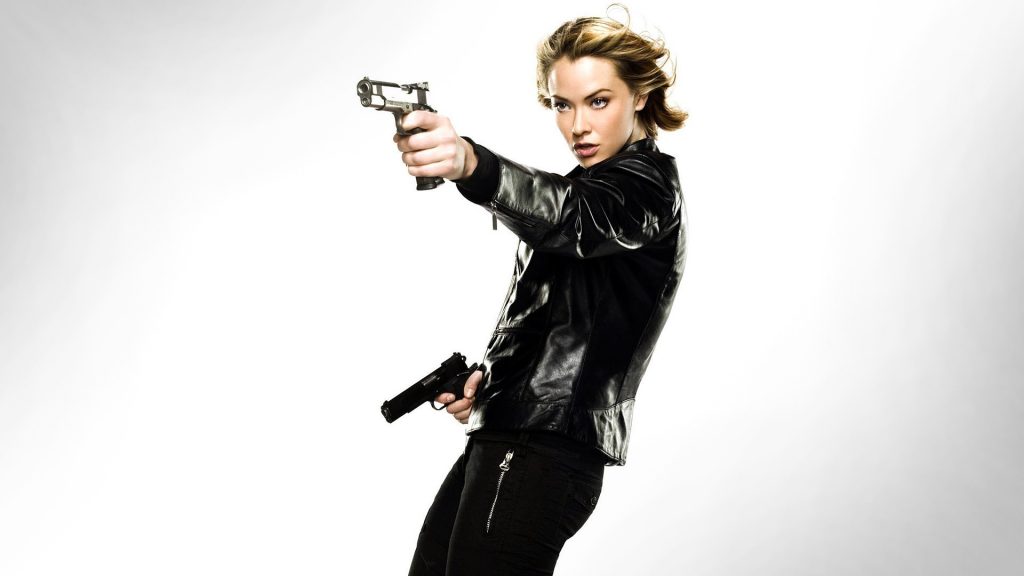 Moving away from action roles, Kristanna then starred in the steamy and very popular TV show ‘The L Word’, starring as Paige for several episodes. Ironically, her episodes are the only ones I’ve seen. And she’s too hot for words in it. Many lesbian love scenes (Mostly nude!) and plenty of drama, she really made what I’ve seen of the show something unmissable. It’s a shame she only appeared in those few episodes. 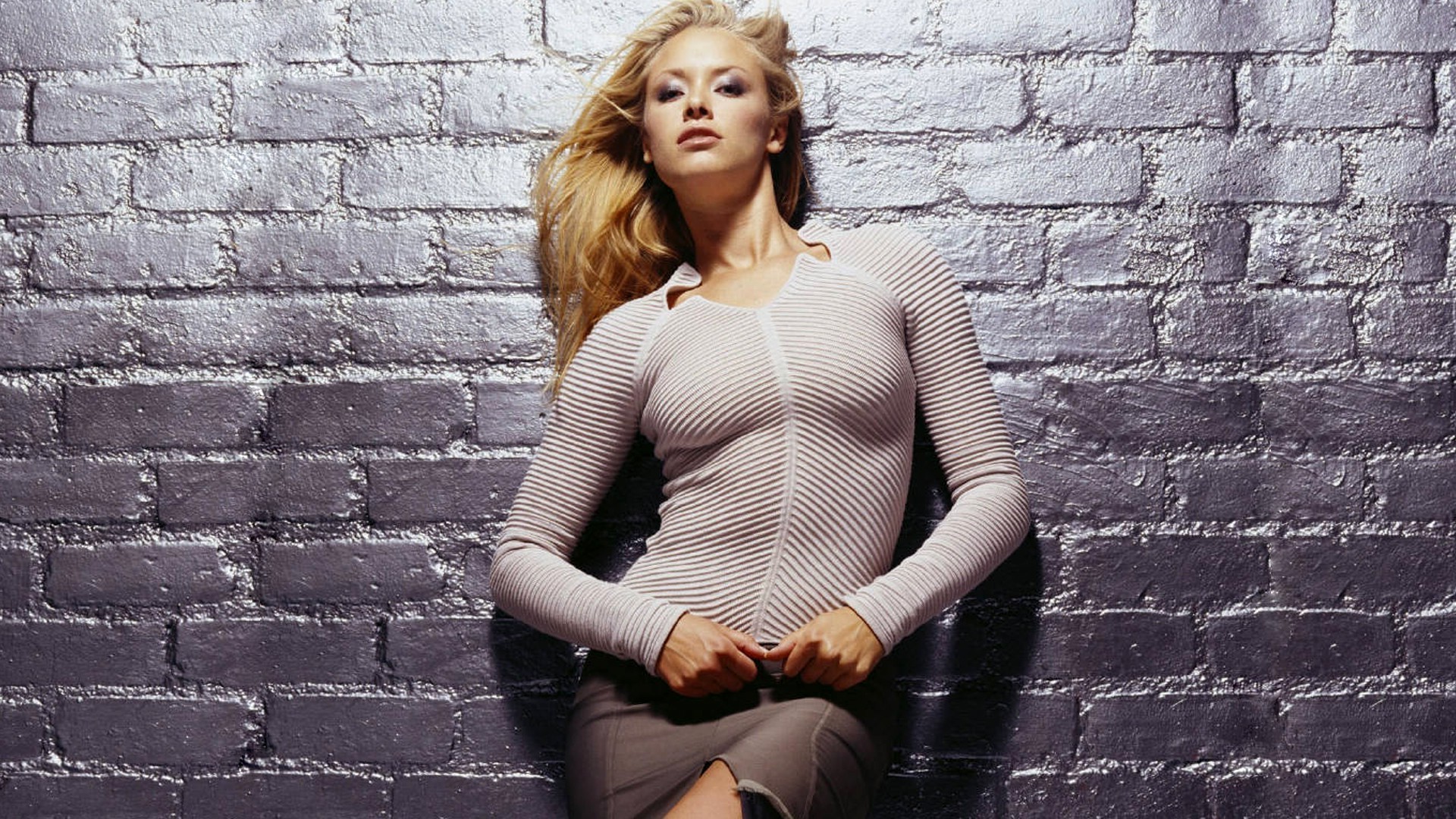 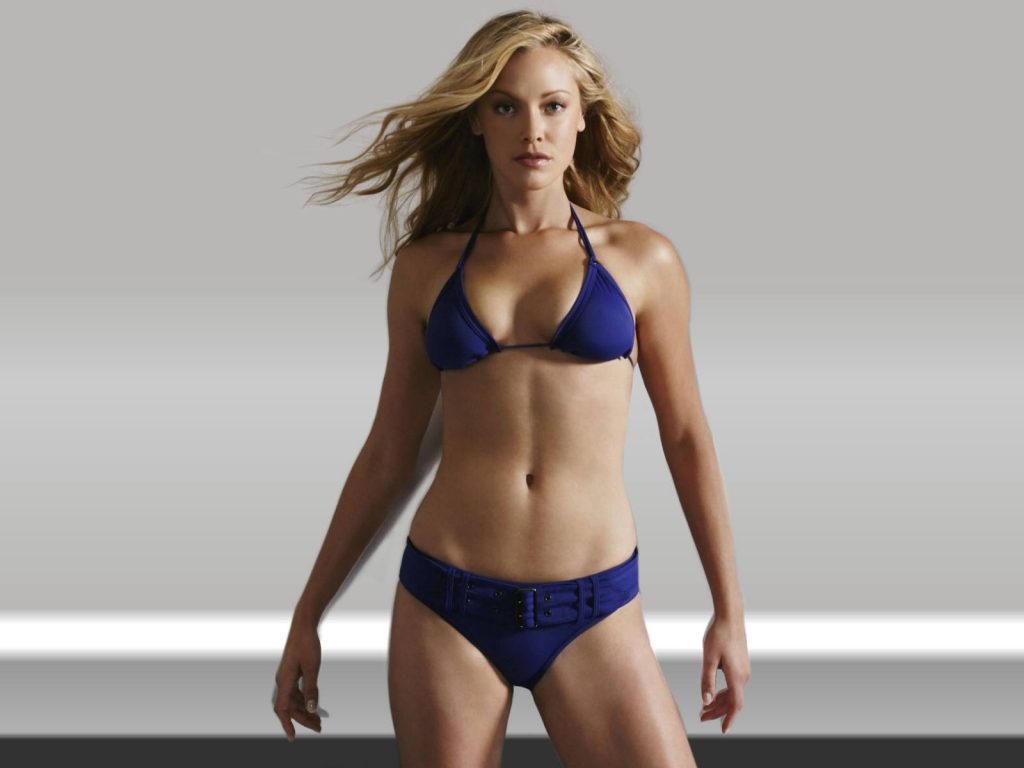 It’s safe to say that of all the great women in action movies, Kristanna Loken has long since been my number one. I’ve nothing but love for her. Her movies, her TV shows and her insane hotness make her a pivotal part of my life as a movie and TV fan. As the old joke goes,… “God was in a great mood the day he made that woman!”. I personally couldn’t think of a more suitable first choice for my Woman Crush Wednesday here at Action A Go Go.

Congratulations to Kristanna and her partner on the birth of their new baby son, Thor.