With 2014 coming to an end and winter in full swing, let’s take a look back at some wonderful cosplay that evokes the spirit of winter. 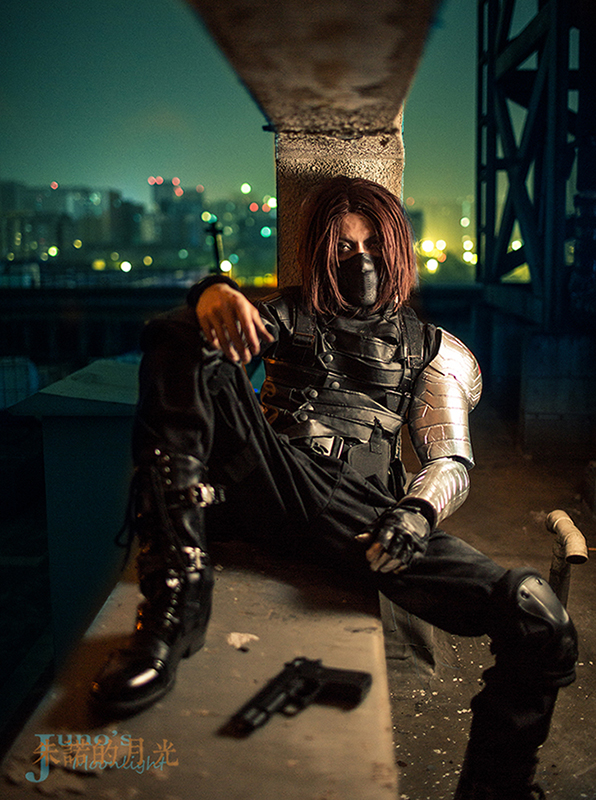 This year brought us Captain America: The Winter Soldier.  With that came many costumes of Bucky Barnes as the opposing super soldier, such as the outstanding depiction above. Worn and weapon clad with a sparkling city backdrop, I’d say this is one of the best I’ve seen. Photo courtesy wooshiyong. 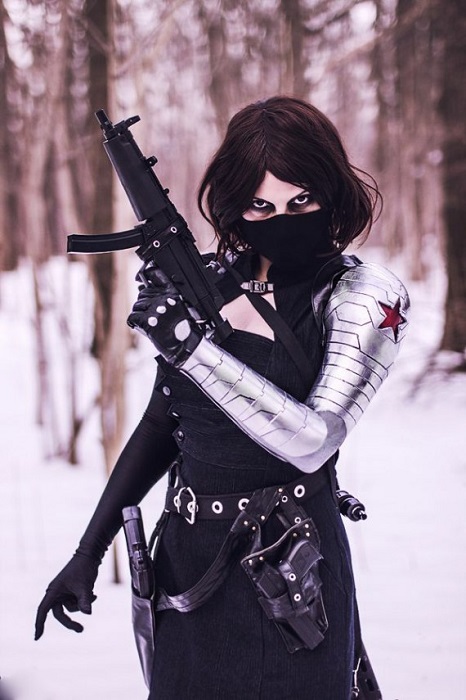 Of course where there is a killer male character cosplay, there is an equally determined female counterpart. I found this one to be particularly stellar, from the costume, hair and wintry background. Photo courtesy Pinterest. 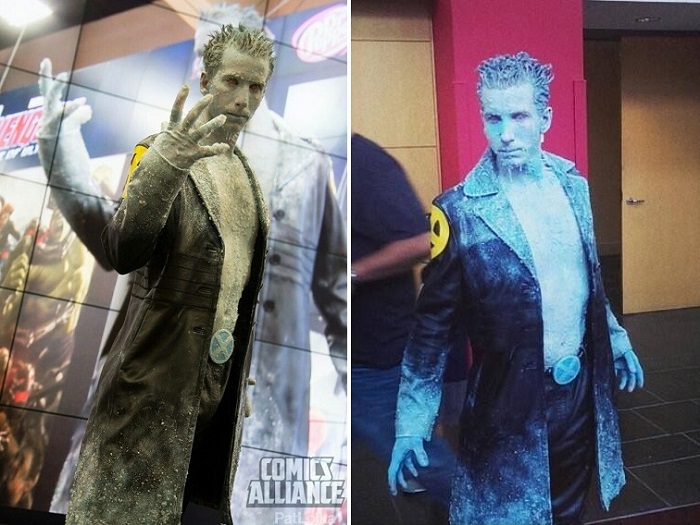 Is it cold in here, or is it just this guy? In other Marvel Universe history, there is a character called, Ice Man. Perhaps you’ve heard of him? This is the best Ice Man cosplay I have come across. The details of frost and ice are so well done, you can feel the chill just looking at him. Brrrrrrrr! Photo courtesy Pinterest. 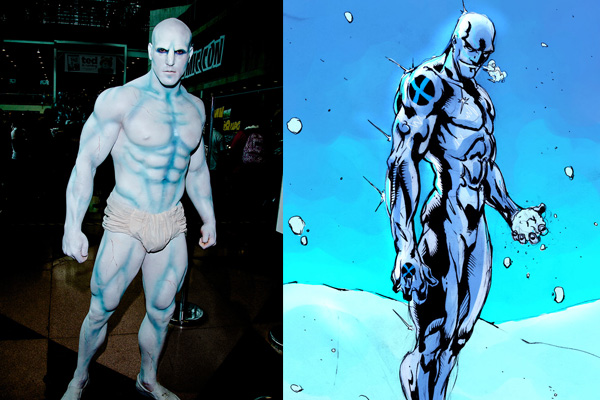 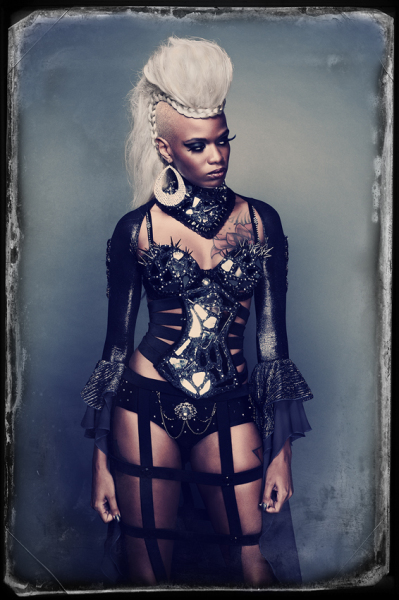 While we are on a Marvel kick, what would this special be without a character who can summon and manipulate the very chill we are highlighting? I absolutely love this design for Storm. Simply amazing in every way. Photo courtesy Tumblr. 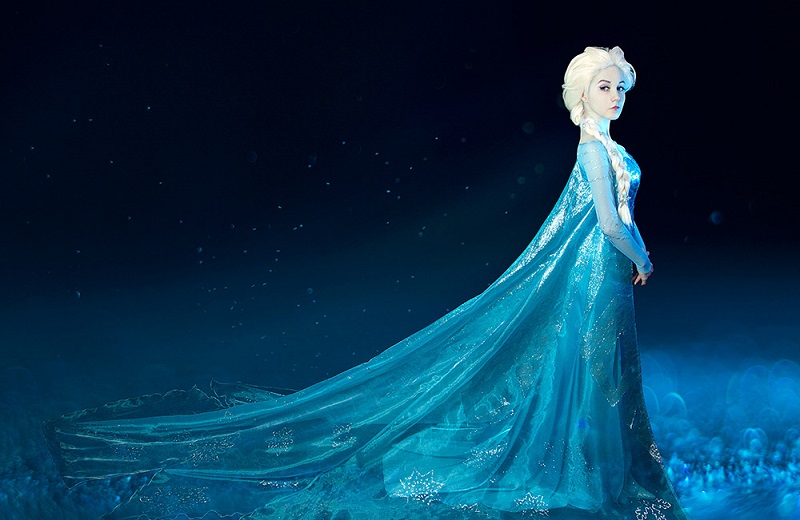 Close cousins to Marvel is Disney. Here we have an enchanting Elsa from Disney’s Frozen. The dress is absolutely beautiful and this cosplayer fits the role perfectly. 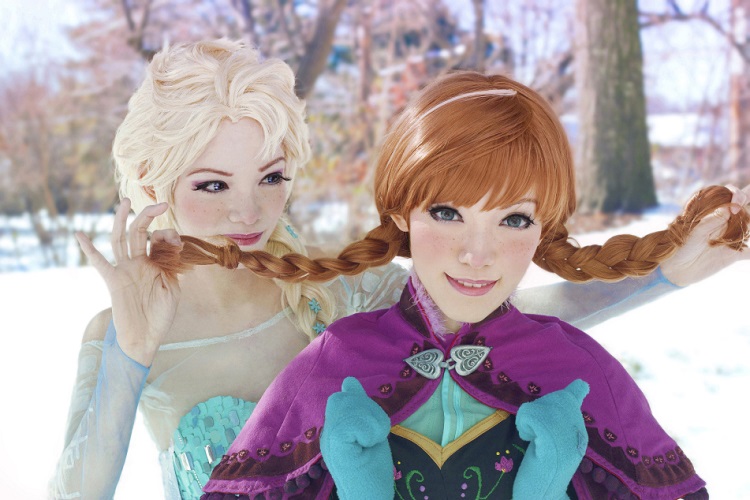 Can you believe how realistic these two look as Elsa and her sister Anna? Here is where not only the costumes are spot on, but the hair and makeup truly shine. These two almost look like cartoons themselves, it’s unreal how good this is. Photo courtesy Pinterest. 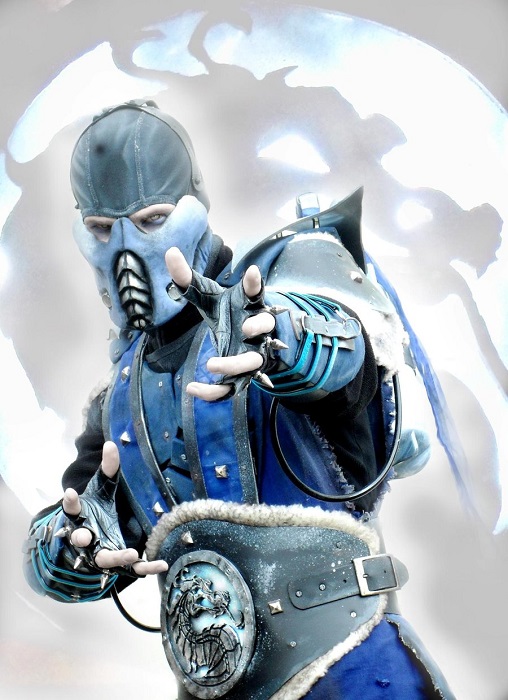 He’s cooler than cool, he’s ice cold! There is just no forgetting Sub Zero when it comes to characters that make us think of  frigid punishment. Wonderfully done with the fur lined belt and the frosty eyes. 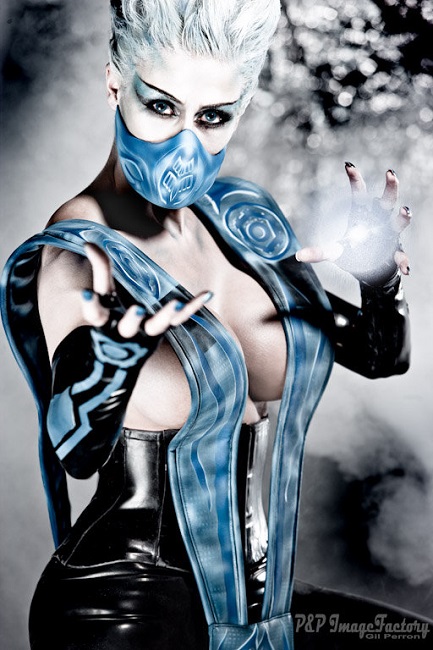 As mentioned earlier, there is always a version of the opposite gender to be found. I like when people can go their own way with a costume and still be completely identifiable. Photo courtesy Pinterest. 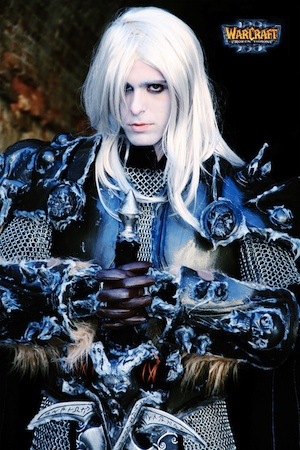 From World of Warcraft, we have Arthas Menethil after he obtained the runeblade Frostmourne and merged with the Lich King. Chain mail, armor, cursed sword, winter white locks…. justice has been served.

Keeping with the string of game cosplays, this cosplayer decided to take up the dedicated task of becoming Ice Drake Shyvana from League of Legends. 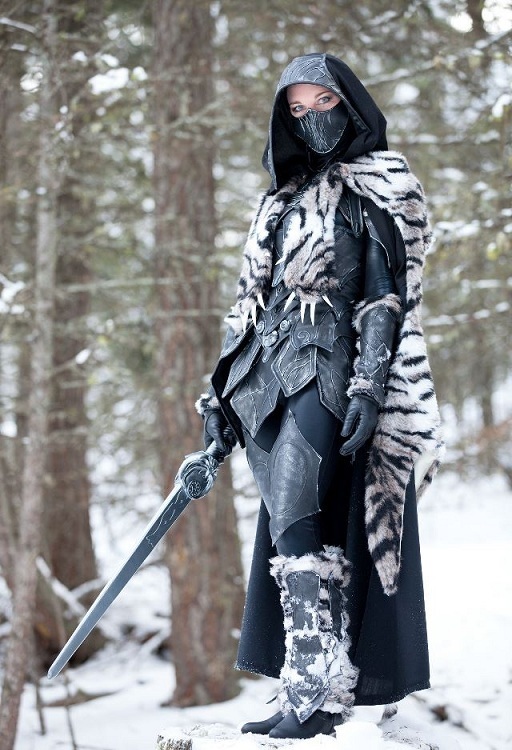 Above is a cosplayer in her Nightingale armor from Elder Scrolls. 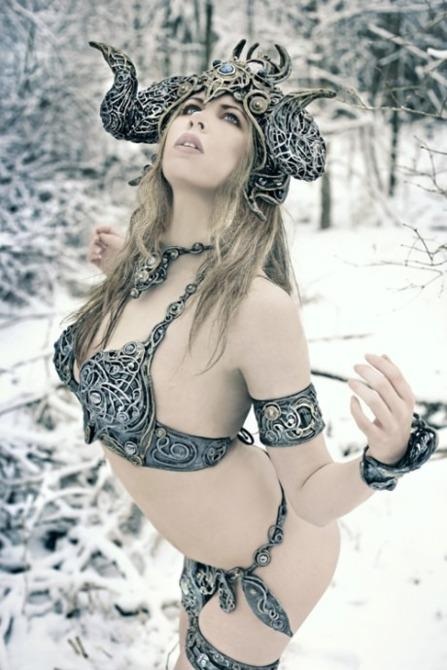 Also from Elder Scrolls, is this winter beauty. 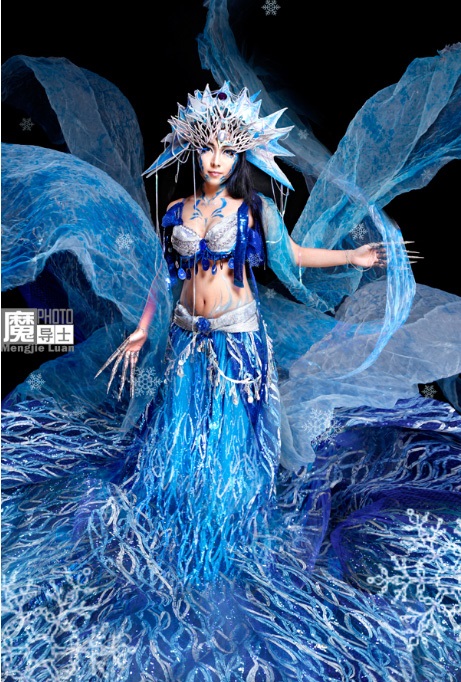 From Sphira, an MMORPG, is an ice elf. Simply stunning. 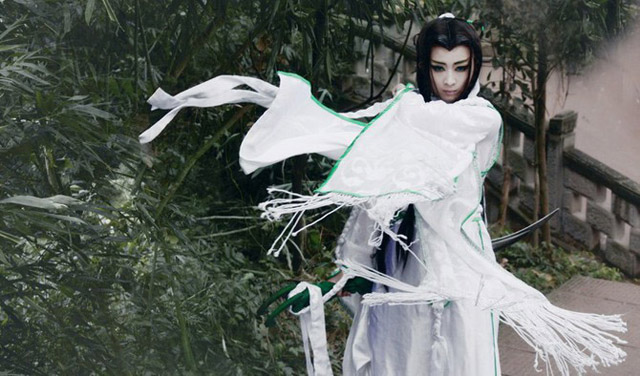 In the 80s, there was a show that aired in Taiwan called Pili that featured intricate puppet work. Today, the show continues and is still very popular. Above is a cosplayer portraying one of the puppets from the show. Although the character isn’t always depicted in a winter setting, this costume along with the white makeup felt very wintery and so I included it. Photo courtesy of kirawinter. 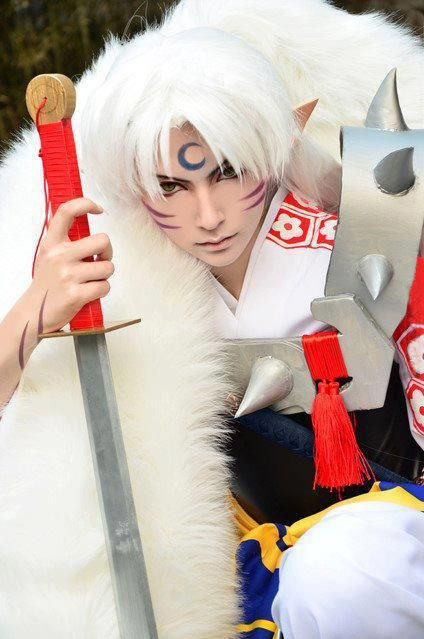 Again, while a winter setting was not a constant in the anime Inuyasha, Sesshōmaru’s getup always brought thoughts of winter with all that fur. Spot on from head to toe. Photo courtesy of Pinterest. 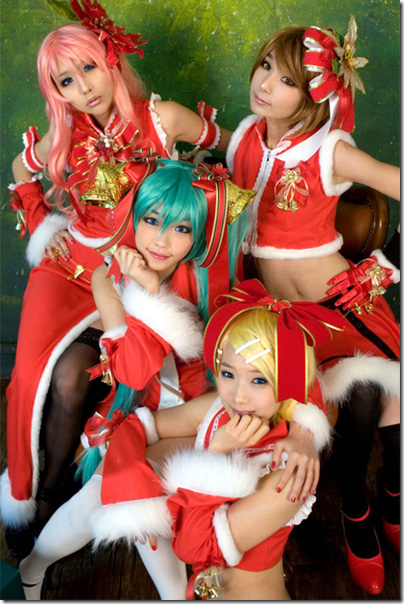 The girls from the anime Vocaloid get into the Christmas spirit with their holiday outfits. 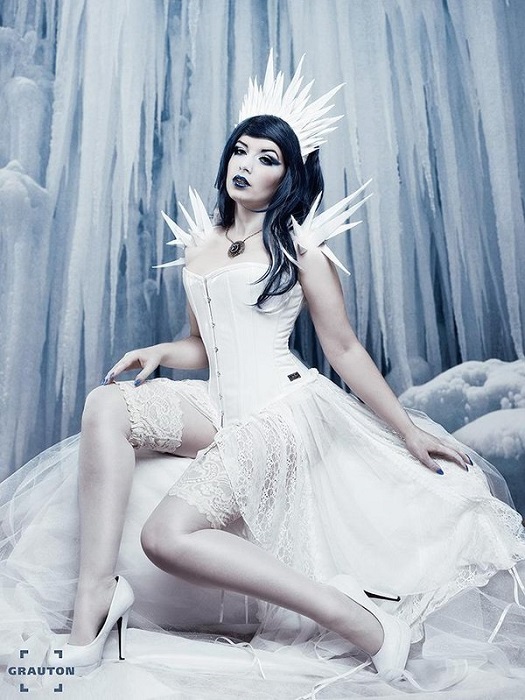 This cosplayer decided to make her own character inspired by winter, the Ice Queen. 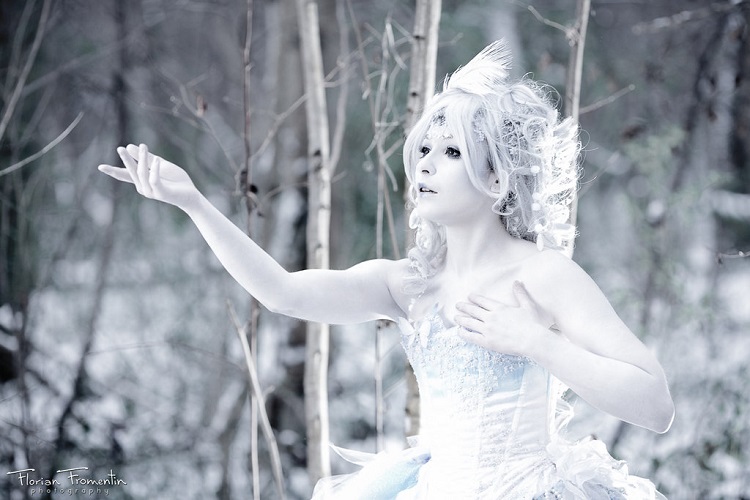 Another self made costume inspired by winter, Nikita Cosplay captivates as this celestial winter beauty. 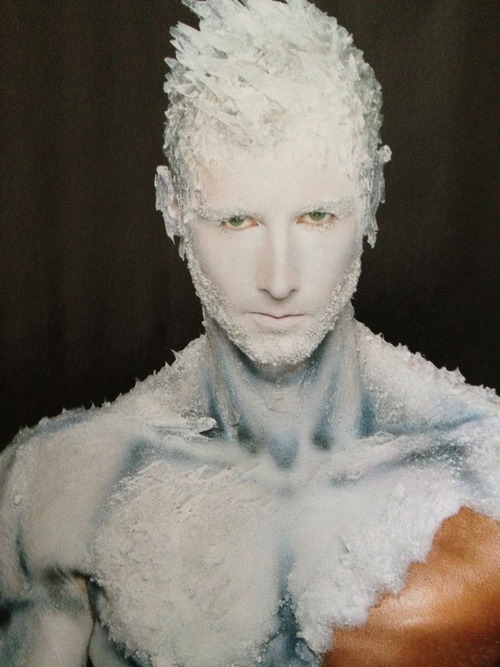 Closing out this year’s winter cosplay spectacular is a fantastic display of makeup artistry that represents winter to the fullest. Mind blowing sculpt and details. Photo courtesy of Tumblr.

Here’s to many more epic cosplays to come in the new year! Have a wonderful 2015, everyone.

Tabatha LeStrange
Often times referred to as Optimus Prime, Tabatha LeStrange is a machine. A ghost machine.
Catch her if you can on Twitter @BD_Danger
The views and commentaries expressed on these pages are solely those of their authors and are not necessarily either shared or endorsed by ActionAGoGo.com.
all copyrights held by their respective owner(s)