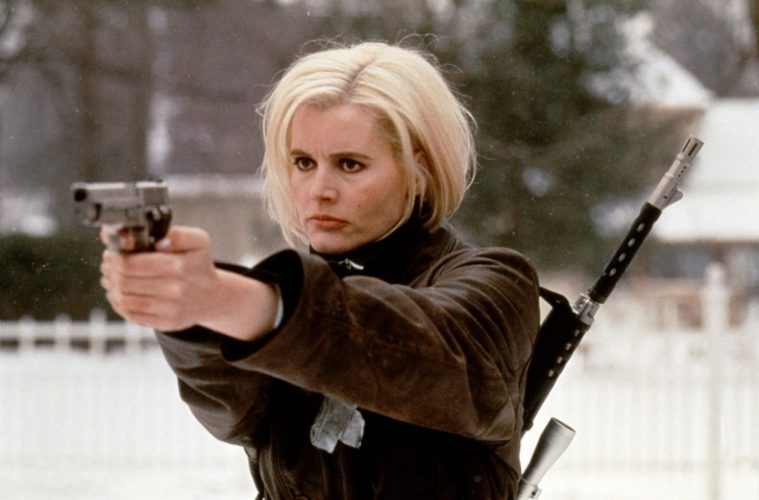 So Hollywood is once again shopping for a new Bond, and like clockwork the usual questions have arisen as to who should take on the mantle of the iconic secret agent. The biggest discussion currently dominating the conversation is whether the time has come for James Bond to become Jane Bond. Both Emilia Clarke and Gillian Anderson have expressed an interest in stepping into Bond’s shoes and though reception to the idea of a female Bond has always been very mixed the overall reaction online has been positive. Personally I have always been against the idea. While every actor that takes the role may interpret what makes Bond slightly different the core elements, the confidence, the emotional detachment, the suave sexuality and the borderline psychopathy, remain the same. It is always been my opinion that the choices in how Bond expresses masculinity, both positive and negative, are integral to his character. To remove that masculinity would be to remove everything that makes Bond, well, Bond.

Besides, a movie already exists that encapsulates perfectly what James Bond might be like as a woman, and that movie is The Long Kiss Goodnight. 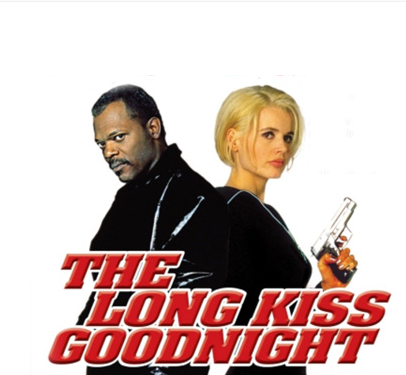 The Long Kiss Goodnight was released in 1996 and starred Geena Davis and Samuel L. Jackson. The script was penned by Shane Black and Renny Harlin took the director chair. The Long Kiss Goodnight is an epic and delicious slice of 9o’s action movie cake, with all the flavour and flourishes of explosions, chases, guns, helicopters and quips that you would expect. However action movies with female leads are always considered a huge Hollywood risk (another consideration for those championing a female Bond) and Kill Bill, a comparable female led movie, was seven years away. The studio did consider changing the protagonist for The Long Kiss Goodnight to a male, potentially casting Sylvester Stallone or Steven Seagal in the lead role. 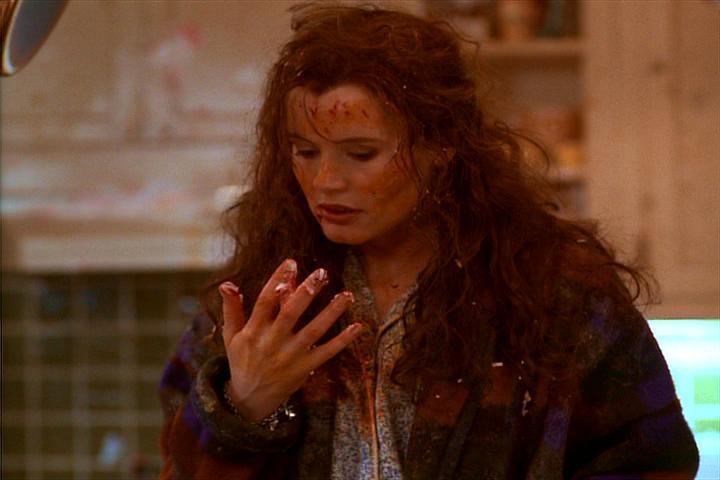 Samantha Caine (Davis) leads an ordinary, if dull, life as a schoolteacher and single parent. Samantha suffers from a form of amnesia and is unable to remember any part of the life she had before she washed up on a beach, wounded and pregnant, eight years previously. A series of events cause some of the memories and skills of her former life to resurface and so Samantha embarks on a journey to discover her former self with private investigator Mitch Henessey (Jackson) As more and more memories return to her Samantha realises that she was once a spy/assassin named Charlene ‘Charly’ Baltimore. Unfortunately, Samantha digging into her past brings her to the attention of enemies and colleagues that had believed her long dead and as the personality of Charly begins to resurface she and Mitch must foil a plan to detonate a chemical bomb and save Samantha/Charly’s daughter.

While The Long Kiss Goodnight is very much a product of the time, the characters of Charly Baltimore and James Bond, at least as he is in the modern Bond films, share some very distinctive traits. Both are deadly, resourceful and trained to adapt to any situation, watch the ice skating scene in The Long Kiss Goodnight and tell me it isn’t something you’d potentially see in any Bond film. Bond and Baltimore are trained to view people as tools, instruments used to achieve an objective and then discarded, this can make some seem incredibly cold blooded. Any emotion or personal connection with others is seen as weakness and potentially dangerous to their mission. Both characters display an overt sexuality and will use it, along with any other necessary means, whenever need or desire arises. In method and in temperament Bond and Baltimore are easily comparable. Both can be charming and sexy while at the same time being emotionally crippled killers.

However the similarities consist of more than just the characters. Modern James Bond has been compared with the Bourne movies, in theme, structure and style. Similar comparisons can be made with The Long Kiss Goodnight, particularly as it is also a spy with amnesia film. The movies have over the top and slightly silly storylines with tightly shot action sequences. The main character is subject to a plot while trying to rediscover their own identity.

Another thing that The Long Kiss Goodnight has in common with modern Bond movies is suffering. The structure of a typical Bond movie dictates that in the second act Bond is captured by the villain and attached to some elaborate and convoluted death device from which he must escape. In modern Bond the capture element has largely remained the same however instead of a death device Bond is subjected to violence, think of the genital torture scene in Casino Royale. Bond’s body is brutilised before he can escape and defeat the bad guy. In The Long Kiss goodnight Samantha/Charly is subjected to brutal abuse before she can win the day. On multiple occasions she is beaten, shot and tortured.

And that is another part of why a female Bond movie may not work. Because although The Long Kiss Goodnight is a very enjoyable movie with fantastic performances (Geena Davis in particular is surprisingly credible as an action star) it was not commercially considered a success. This may be because action movies, while often violent, are generally considered lighthearted romps. Female bodies being brutalised in the same way as male bodies adds a level of discomfort that audiences sometimes have difficulty dealing with. Some of the best and most iconic action characters are female, I shouldn’t even have to name Ellen Ripley and Sarah Connor as examples. However unfortunately for the most part they are the exception and not the rule. The uncertainty about violence against women in action films is also reflected in the way that these films are rated. Casino Royale, even with the aforementioned torture scene, is rated PG-13 while The Long Kiss Goodnight is rated R.

For a Bond movie to truly be a Bond movie there must be stakes and those stakes must take a physical toll, a Bond that isn’t in any real physical danger is not a Bond that anyone is likely to take very seriously. Those that want a female Bond should ask themselves whether they would be happy to see Jane Bond made physically subject to the same mistreatment as James Bond. If the answer is no then I would ask why the push for this is so strong. While much loved, Bond is an anachronism, a relic, and there is only so much he can be updated before he ceases to be Bond.

While we wait for the decision on who the new Bond will be and if you haven’t seen it already (hell, even if you have) then check out The Long Kiss Goodnight. Geena Davis brings a truly fantastic performance as both Samantha and Charly, handling the themes of duality, femininity and self with confidence and charm. The performances combined with the clever script, jaw dropping action and an enjoyably ridiculous plot make The Long Kiss Goodnight an experience that definitely should not be missed.