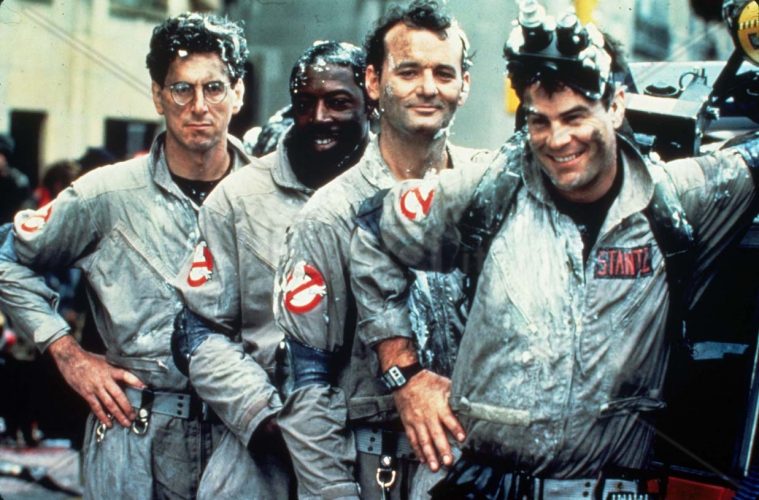 SERIOUSLY…WHO YOU GONNA CALL? THE GHOSTBUSTERS OF THE PAST OR THE PRESENT?

Who you gonna call? For film fans, the answer is clear. Ghostbusters has been a part of the pop culture landscape since its debut in 1984. With its mix of scares, sci-fi and comedy, the film defied skeptics and went on to earn praise, including a place among the National Film Registry. With Hollywood’s remake fascination, it was only natural a reboot would be in the cards. While this new entry may be steeped in controversy and curiosity, it’s only served to unite the public in its love of the original team.

Set in New York, Ghostbusters took full advantage of the city for its backdrop. The film tracks the exploits of Peter Venkman, Egon Spengler and Raymond Stanz. These paranormal experts combine their talents to create a new enterprise that will not only catch ghosts, but keep them in a special storage system afterwards. Along the way, they welcome new addition Winston Zeddemore and the team is set. Comedy influences are heavy in the Ivan Reitman directed vehicle. Written by comedy great Harold Ramis and Saturday Night Live alum Dan Ackroyd, the script relied heavily on balancing humor without it overpowering the adventurous aspects. Led by great performances from icon Bill Murray and Sigourney Weaver, it was a match made in heaven for studio heads as well as filmgoers. Not to mention the alarmingly adorable ghost Slimer, a feat for the decade’s sometimes unpredictable special effects. All of which created a perfect storm that made the film 1984’s highest grossing title. 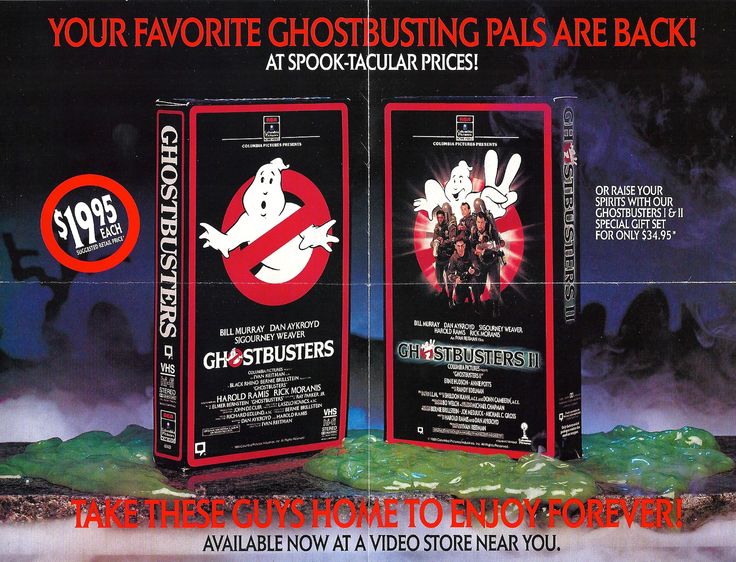 Its rise to cult status came quickly. Children were almost instantly clamoring for repeat viewing options. That helped further the VHS market, which was still relatively new at the time and  although we’ve long since progressed from those VHS tapes, any viewer can take in the fun adventures of this famous team through Netflix, DirecTV and Amazon. Toy companies were quick to follow VHS with everything from action figures to board games. It’s not just children that were enamored with catching ghosts. Adults found new heroes that became one of the year’s favorite Halloween costumes. Even today, people still honor the ghostbusting team with memorable costumes at conventions.

Seeing dollar signs, Columbia Pictures quickly put a cartoon series and sequel into production. The series had its own fight against a similarly named cartoon. That led to the title adding the word real to its cartoon incarnation. When it came to the live action sequel, the demand was amazing. Set several years after the original film, this storyline saw the familiar faces do battle against a spirit residing in a centuries old painting. Memorable scenes included the Statue of Liberty moving thanks to musically activated paranormal slime. It achieved another financial success and galvanized the team to stop while they were ahead.

That mentality stayed in effect until Dan Ackroyd began working with writers to produce a third film. After initial resistance from former cast members, Sony Studios choose to reboot the franchise with an all female team and a new director. The initial statement was met with a flurry of controversy and skepticism. Much of which came from the choice to go with women, instead of the famous characters. Worries about the film were soon swept up into a tidal wave of accusations about feminism and sexism. What may have actually hurt the film’s chances are more set in its early trailers and publicity. Fans have been quick to criticize what appears to be stereotypical characters, less than stellar effects and a bad script. Whether it actually turns out to be the case remains to be seen. One thing is certain, to many involved with the film, bad publicity is still publicity. Studio heads have said they welcomed the negative feedback as publicity, but it has hardly helped other films. 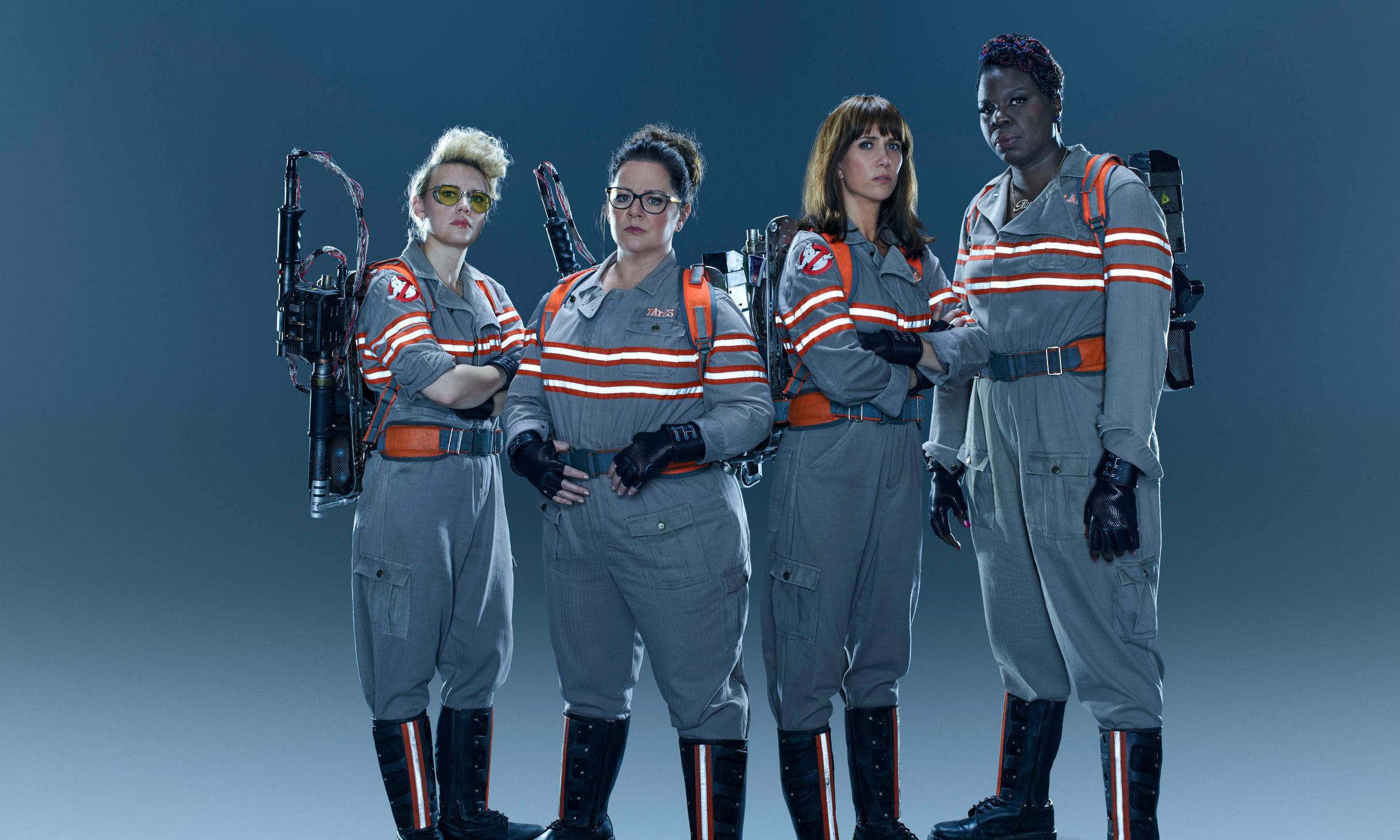 Nostalgia sells, but filmmakers have to be cautious when dabbling in popular franchises. Although not a good film, Jurassic World was able to capitalize on the property without alienating its core fans. To some extent, the team behind Ghostbusters’ reboot could be accused of forgetting what made the film a success to begin with. The mentality of stoking fights with older fans and male followers may yet to be the film’s worst mistakes. Recent interviews with cast members also reveal a lack of interest in the source material. That can become a two fold problem for the film as previous icon may appear misrepresented and actors in the film could come off as cold to previously iconic roles.

One things remains for certain for filmgoers, Ghostbusters and Ghostbusters 2 will always be a part of pop culture. Everything about it has made the film something we welcome revisiting on a regular basis. It’s like one of those warm blankets that keep us safe on those cold nights. When it comes to reboots, sequels and other related properties, maybe filmmakers should take a note from the material itself. Never cross the streams.

Liz Grace resides in Chicago with her dog and vast library, where she enjoys exploring different neighborhoods and bookstores. Liz is drawn to the science fiction and fantasy genres and her favorite films include Star Wars, Revenge of the Nerds and any John Hughes movie.