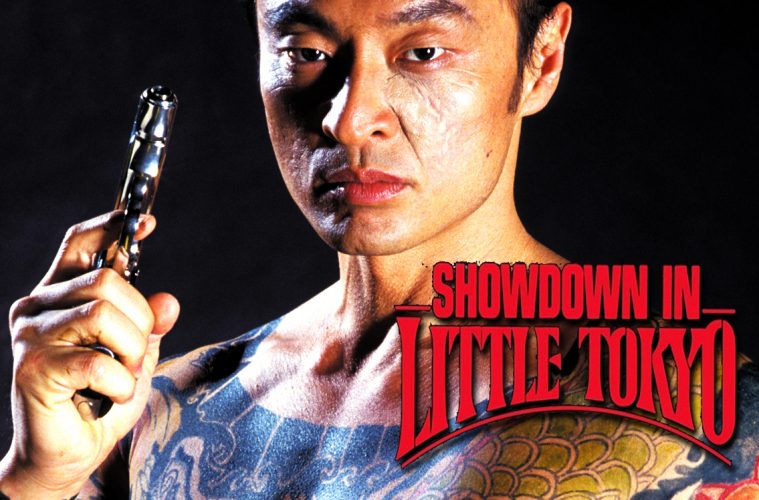 If you’re on Twitter than you’re probably no stranger to seeing people tweet at an actor they admire. Maybe you’ve done it yourself once or twice even.

However, it’s not every day that they tweet back, or carry an ongoing conversation with you over the course of a about a week.

At least, it had never happened to me until I tweeted at Cary-Hiroyuki Tagawa (@CHTofficial).

You’ve probably seen more of Mr. Tagawa than you may realize. Getting his start as an extra in Big Trouble in Little China, Tagawa went on to play in several roles from The Last Emperor to Memoirs of a Geisha.

He even had a minor role in Star Trek: The Next Generation’s pilot, Encounter at Farpoint.

I personally, however, think Tagawa has a great on-screen presence as villains in action movies, and no action movie demonstrates that better than Showdown in Little Tokyo where he plays the Yakuza boss, Funekei Yoshida (of course, Mortal Kombat fans may disagree; Tagawa is Shang Tsung). 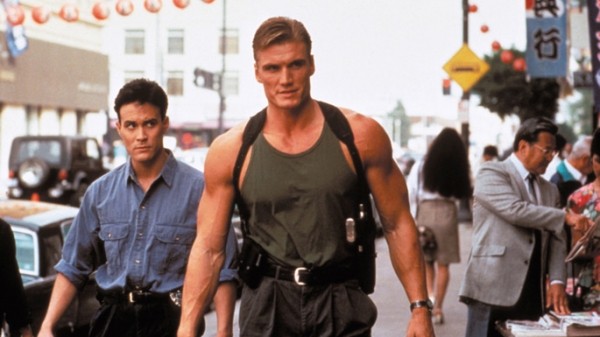 Showdown in Little Tokyo is one of those action flicks often lambasted by critics for being an overly macho hamfest devoid of plot….

What exactly is wrong with that again?

Starring Dolph Lundgren as the ever musclebound cop with an affinity for Japanese culture and Brandon Lee in an early martial arts role, Showdown in Little Tokyo’s fire-all-your-bullets-than-draw-your-katana-ballsiness is made complete by an entertaining performance from its bad guy, Tagawa.

In my opinion, action movies need three things to be good. 1) A convincing violent bad guy with the moral compass of a cobra. 2) A “good” guy with a convincing reason to fight back. 3) A sloppy R Rating for all the blood, bullets, and babes that is bound to ensue.

Showdown hits the mark for me in spades.

Needless to say I was happily surprised when Yoshida (Tagawa) himself responded to one of my tweets and took some time to discuss what it was being like on set with Lundgren and Lee.

What follows was a very informal conversation we had over Twitter. All of this was public (not held in DM) so I feel comfortable sharing it here. None of the answers have been doctored, but I did change the order in which they appear in my Twitter feed a little so you can better grasp our correspondence. 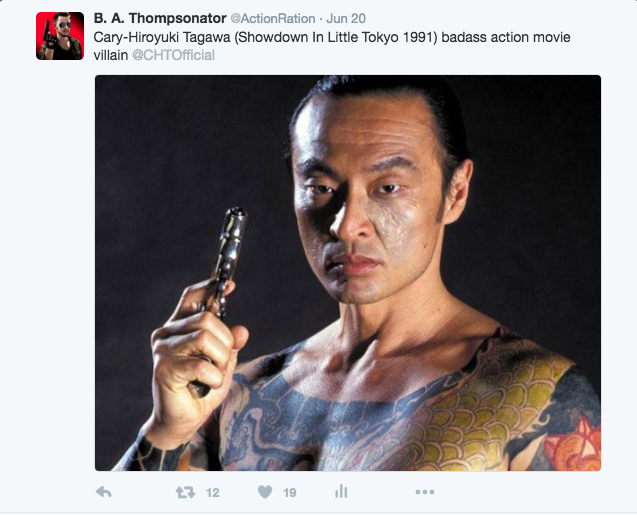 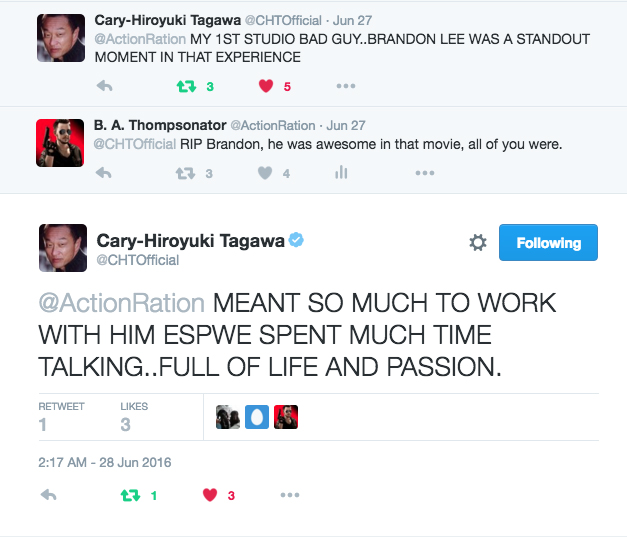 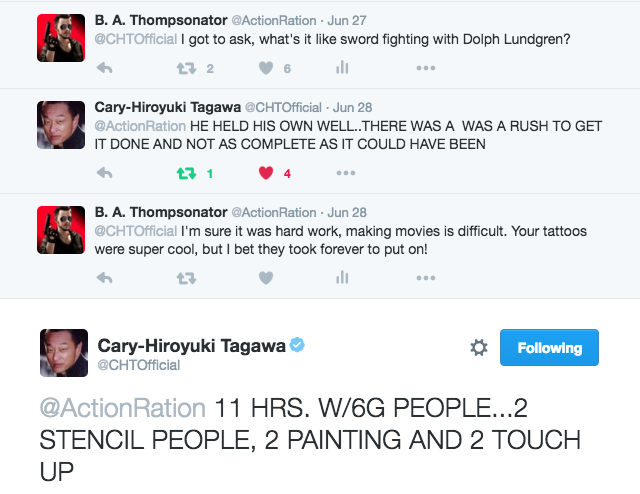 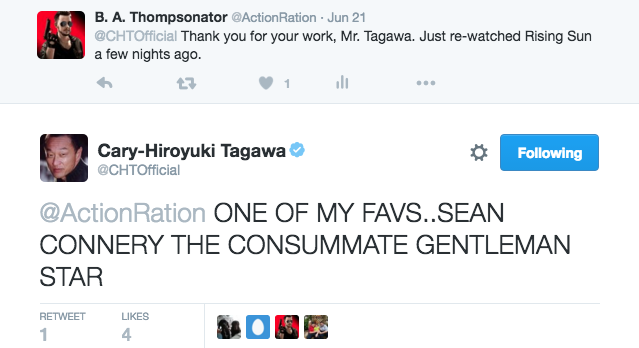 I tried to ask Mr. Tagawa a little more about his experience stepping into the shoes of such an insane villain like Yoshida, but at this time I have not heard back from him yet.

My guess is that he is busy working on another movie and that is completely fine. I am very grateful for the answers he gave and his time… Who ever thought Shang Tsung would be such a nice guy over social media? 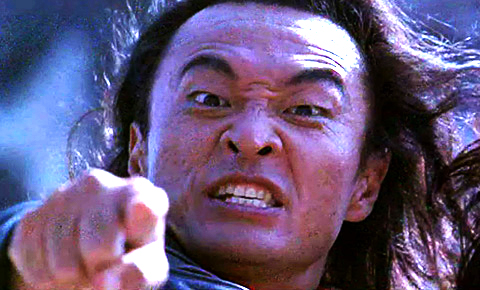