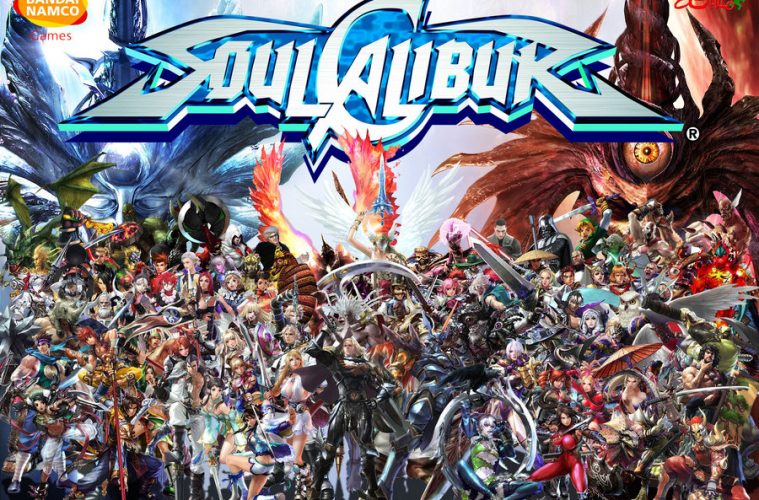 Welcome to the sixth volume of 10-Hit Combo; the series for ActionAGoGo which takes a look at ten facts about some of the most iconic fighting video game series’ of all time. Since the fifth generation, the Soul series has stood as a solid competitor against the likes of Street Fighter, Mortal Kombat and King of Fighters, and has earned it’s place in pop culture alongside Namco Bandai’s flagship fighting series, Tekken. Transitioning from the original game Soul Edge into the more prolific SoulCalibur, the Soul series has been the subject of five main distinct entries, as well as several spin-offs, and stood out as one of the most prominent fighting game franchises across the seventh generation of gaming, so without further ado, here are ten facts about the Soul series. 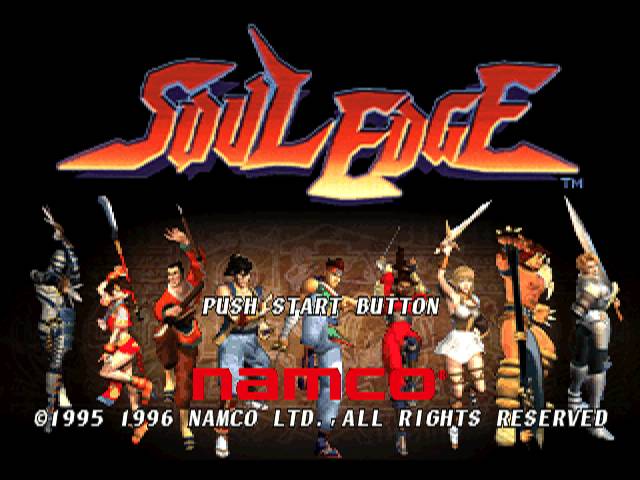 The original game, Soul Edge, was designed and released shortly after the original Tekken as an experiment to determine what a fighting game would be like if each character wielded weapons as opposed to predominantly using fists and feet. It was the first video game to use passive optical system markers for the purposes of motion capture, which has been used relentlessly in video games since; most notably story games developed by Quantic Dream, such as Heavy Rain and Beyond: Two Souls. However, it wasn’t the first fighting game to use motion capture techniques, as for example, Midway used green screens to capture fighters for the original Mortal Kombat. 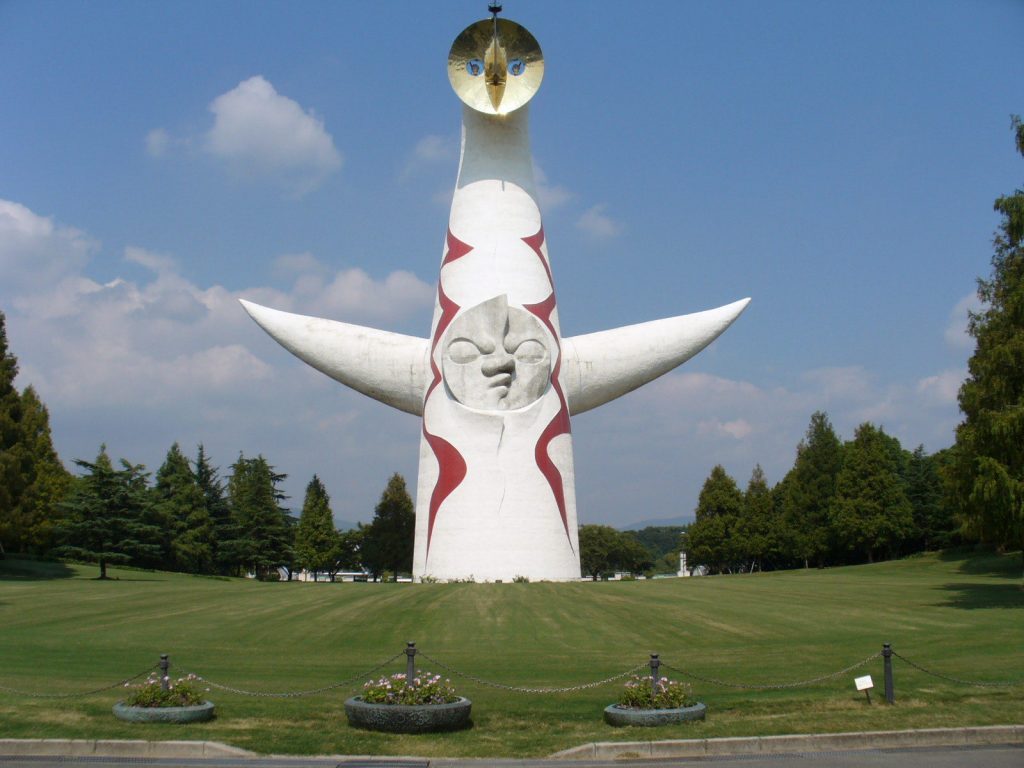 The design of the world’s mythos was based on medieval fantasy, as well as the 16th century era, but the art director was famous Japanese abstract artist Taro Okamoto, whose most famous works include the sculpture Tower of the Sun and the mural, The Myth of Tomorrow. In 2014, the Tower of the Sun sculpture was re-imagined by Bandai as a die-cast Chogokin robot to coincide with the 40th anniversary of Bandai’s Chogokin toy range, and as a possible commemoration to Okamoto’s involvement with the original game. 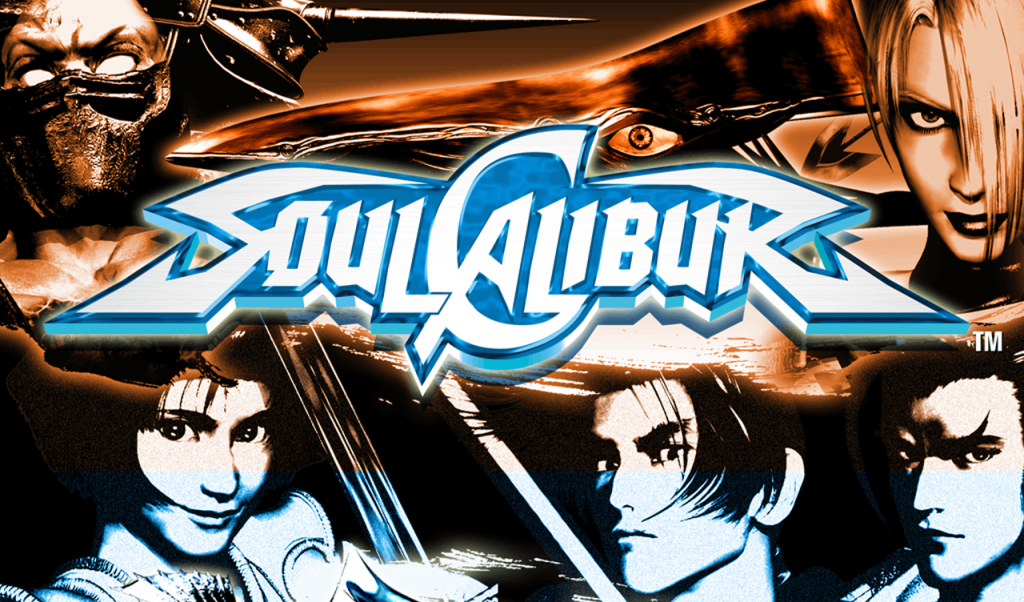 The concept of using weapons in the series was taken to a whole new level in the original SoulCalibur, after the developers of Soul Edge and Tekken began to collaborate and share ideas based on both gameplay design conceptual design, with series creator Hiroaki Yotoriyama describing the game as “the greatest weapon-based fighting action game in the world” after being impressed with the surprising amount of diversity different weapons in the game afforded, and how each one would effect gameplay individually. 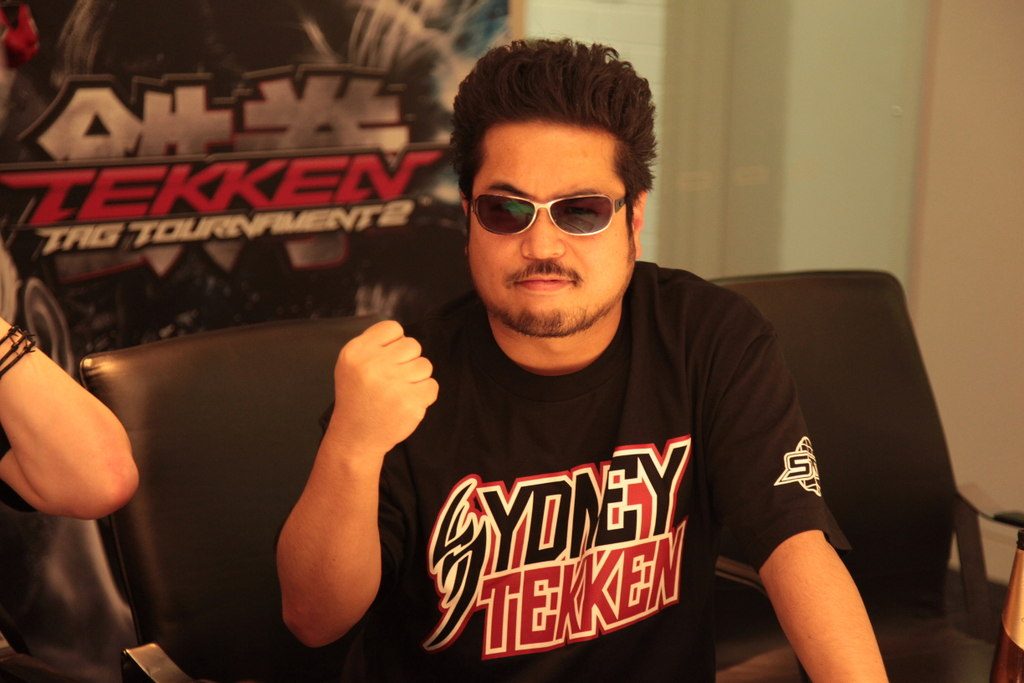 Since SoulCalibur IV, Tekken creator and charismatic video game designer Katsuhiro Harada, has worked extensively on the SoulCalibur series, co-directing the fourth game, and even appearing as an additional character in SoulCalibur V. His costume in the game is based on that of Heihachi’s from the Tekken series, as Heihachi is Harada’s favourite Tekken Character. Project Soul had initially given the impression that SoulCalibur IV would be the last game in the series, but Harada expressed interest in developing a fifth if fan demand was high enough to warrant it, and invited fans to opine about the idea on his Twitter page. Eventually, Namco Bandai confirmed the development of SoulCalibur V in May 2011. 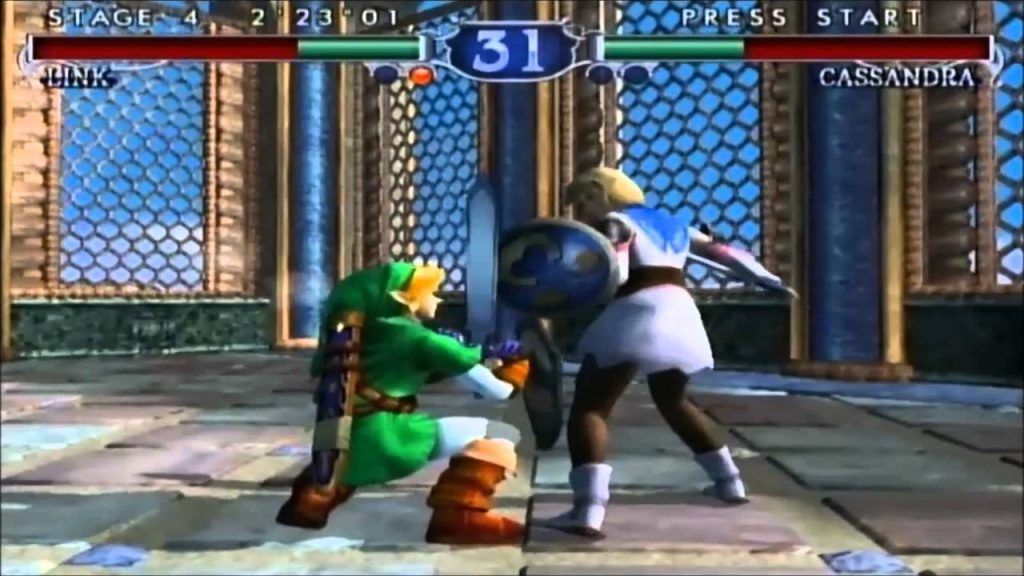 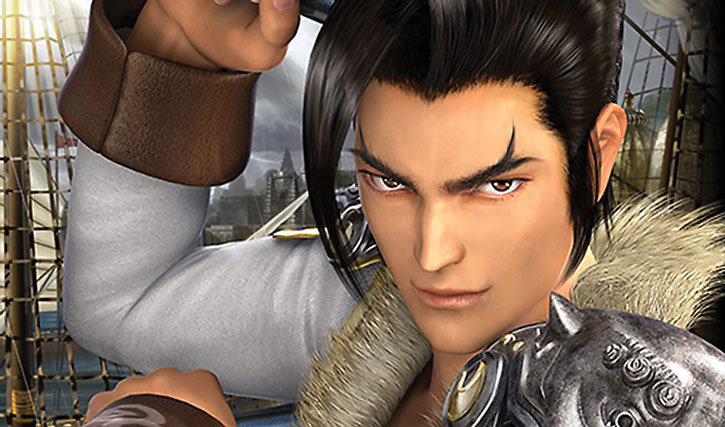 As a recurrence feature in this series, many fighting game franchises have a character modelled on the famous martial arts actor Bruce Lee; and the Soul series is no exception. The character in this case is Maxi. The tropes that link both Maxi and Bruce Lee are Maxi’s weapon of choice, which are nunchucks most reminiscent of the Bruce Lee film Game of Death, along with Lee’s iconic yells made by Maxi during combat. However, Maxi is one of the more unique Bruce Lee-inspired fighting game characters, if not the most. His attire is completely different to anything ever worn by the iconic actor in his films, and none of the different hairstyles he has had throughout the series were ever famously shared by Lee either. 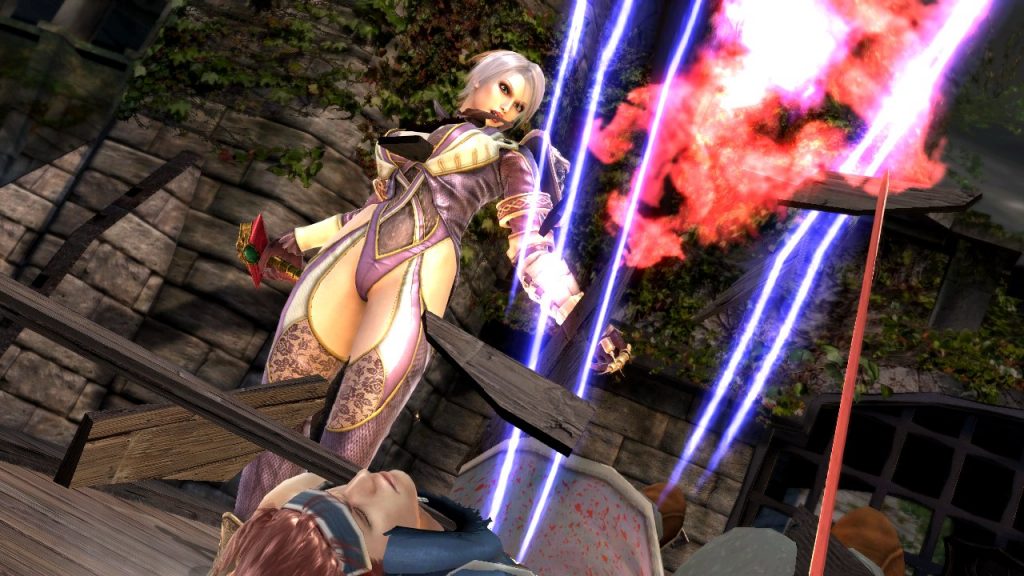 Aside from garnishing much critical acclaim, the Soul series has also been the centre of controversy; much like another of Namco’s fighting series’, Dead or Alive. Specifically in SoulCalibur IV and V, the developers used sex appeal to increase consumer interest. This is evident with characters such as Sophitia, Taki and Angol Fear, but the character that unanimously perpetuated this more than any other was Ivy. Ivy has garnished both praise and criticism from the gaming industry for her arguably over-sexualised appearance. She has appeared as the subject of many articles and top ten lists all over the Internet, and sparked positive and negative comments from many gaming publications. For example, Joystiq described it as extreme in lieu of games like Dead or Alive Xtreme Beach Volleyball, whereas IGN listed her as one of their most wanted guest character in Super Smash Bros Brawl. She’s also earned a prominent place in pop culture, featuring in magazines and mainstream newspapers, as well as having a picture of her cleavage be the sole image in Japan as a promotional picture for SoulCalibur V. 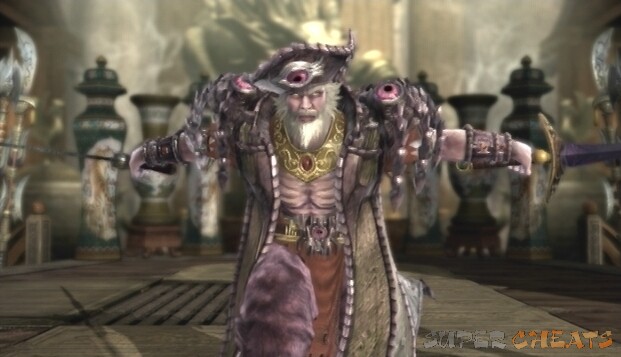 Undoubtedly, the personal favourite character in the series is Cervantes de Leon; a pirate, who is one of the oldest characters in the game, which has in my opinion, the best moveset and conceptual design. Cervantes de Leon is a portmanteau of two different historical figures; Miguel de Cervantes, the Spanish novelist who wrote the book Don Quixote, and Juan Ponce de Leon, a Spanish explorer who according to myth was in search for the fountain of youth. Cervantes’ weapons were also named after religious figures and locations, mostly Greek, such as Acheron, Nirvana, Phlegethon, Cocytus, Lethe and Styx. Also, prior to Ezio Auditore in SoulCalibur V, he remained the only character in the series to wield a firearm. 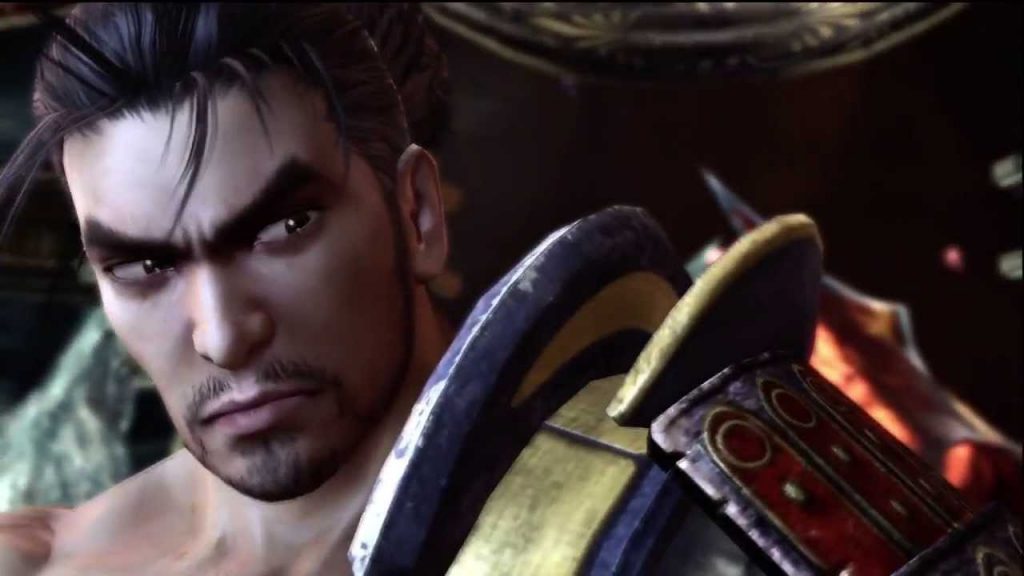 One of the most recognizable characters in the series, however, is Mitsurugi. His fighting style is among the best of any character in the franchise, and he is the only character unique to the series to have appeared in every single game. Mitsurugi was based in the real-life swordsman Miyamoto Musashi; made even more evident by his joke weapon throughout the series, which is always a wooden Kitana, or a bokken, as Musashi was well known for using one in all his duels. Mitsurugi’s critical finish is also called Demon Slayer, which may be a reference to Musashi’s duel with Sasaki Kojiro, who was also known as the demon of the Western provinces. 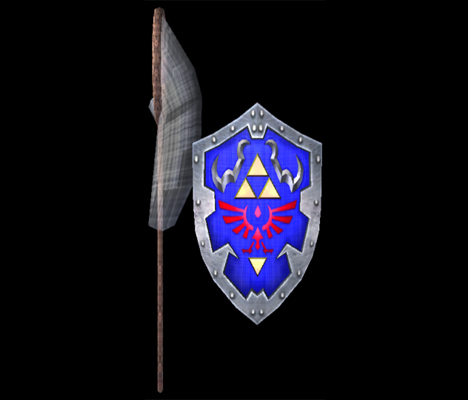 Many fighting games, notably Mortal Kombat, are known for adding an element of humour to their games, like they did with features such as babalities and friendship in Mortal Kombats II & III. SoulCalibur II on the hand had the unlockable joke weapons available to buy with in-game currency.; Yoshimitsu’s being a particular fan favourite. The three exclusive characters also had joke weapons, but none more reminiscent of their respective series, than Link, who had the bug catching net, which had previously appeared in The Legend of Zelda: A Link to the Past, and went in to appear in Skyward Sword and A Link Between Worlds.