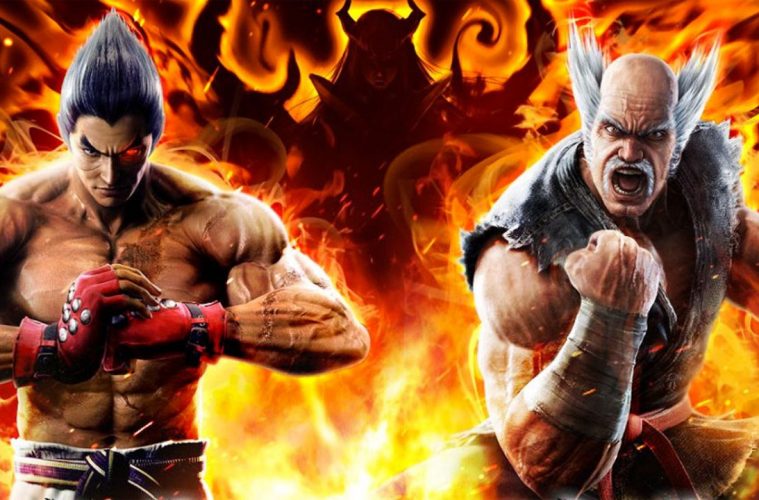 Welcome to the fifth volume of 10-Hit Combo; the series for ActionAGoGo which takes a look at ten facts about some of the most iconic fighting video game series of all time. Tekken, for over 20 years, has remained one of the most popular fighting game franchises if all time, as well as the highest selling despite stern competition from many other creators of many iconic fighting game series’, garnishing sales of over 44 million units of games worldwide. It has been praised by players and critics alike for it’s fluent control schemes and consistently memorable characters, and has also spun off into a series of films, has had many of it’s characters appear in other games throughout the years, and has even spawned an entire museum based on Osaka, Japan. With seven distinct entries to date, as well as numerous spin-off games, it is considered by many to be among the greatest video game franchises of all time, so without further ado, here are ten facts about Tekken. 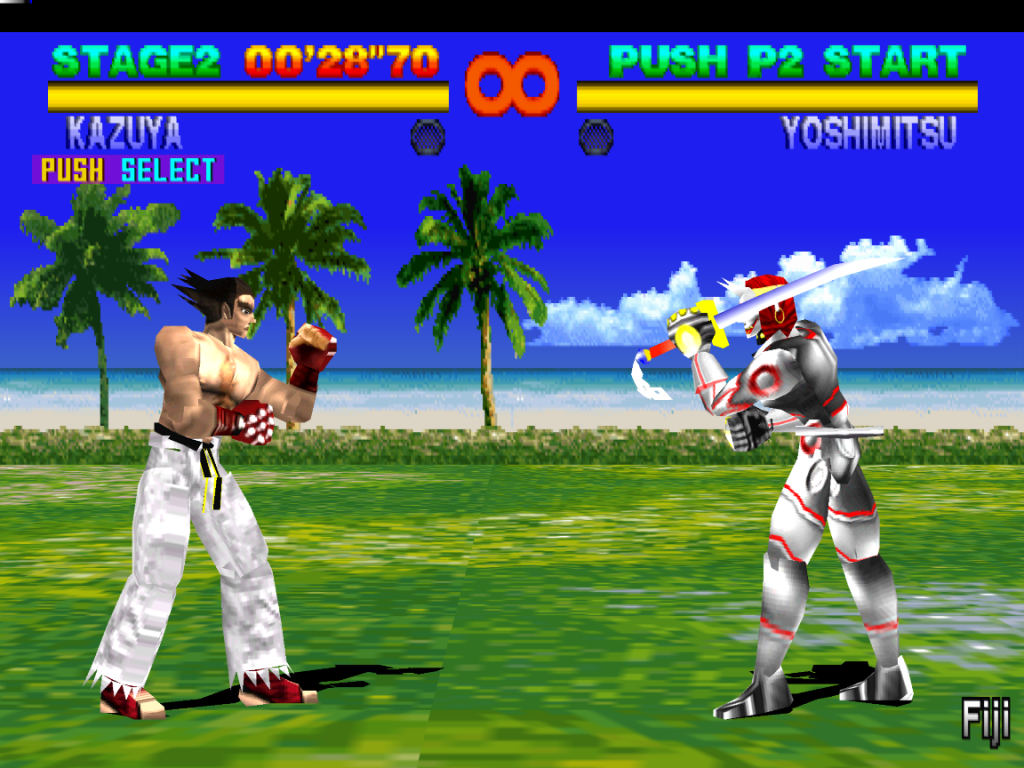 Like many fighting game series’, the original Tekken was not originally envisioned as a fighting game. Instead, it began as an internal test case at Namco for animating 3D models, as the 3D era of gaming was just around the corner at the time. It became a fighting game after Namco hired a number of former Sega employees who had previously worked on the game Virtua Fighter for the ill-fated Sega Saturn console. Among those employees was this game’s director Seiichi Ishii, who developed Tekken with improved controls and a much faster frame rate resulting in a vastly superior title to the original Virtua Fighter. Once more, it was offering up by Namco to smaller arcades as a cheaper alternative to stocking the much more expensive Virtua Fighter 2 cabinet. 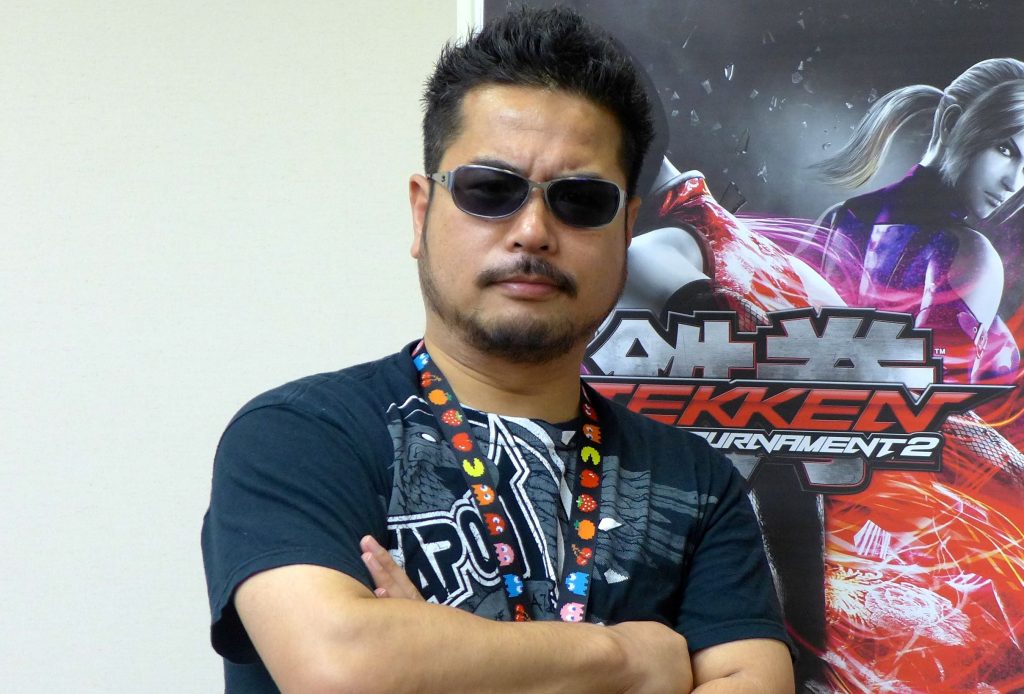 The franchise has been co-created from the beginning by Katsuhiro Harada, who himself has practiced several fighting styles for himself over the years, including judo, karate and taekwondo. His parents disapproved of him playing video games, so he would often sneak out to arcades in his youth to feed his passion. He even kept his involving in the development of the Tekken series a secret from his parents for roughly a decade, with them only finding out about it following the release of Tekken 5. Despite the overwhelming success the franchise had garnished at that point, his parents were said to still be largely disapproving of this, and reportedly burst into tears upon finding out his additional position as an arcade promoter. 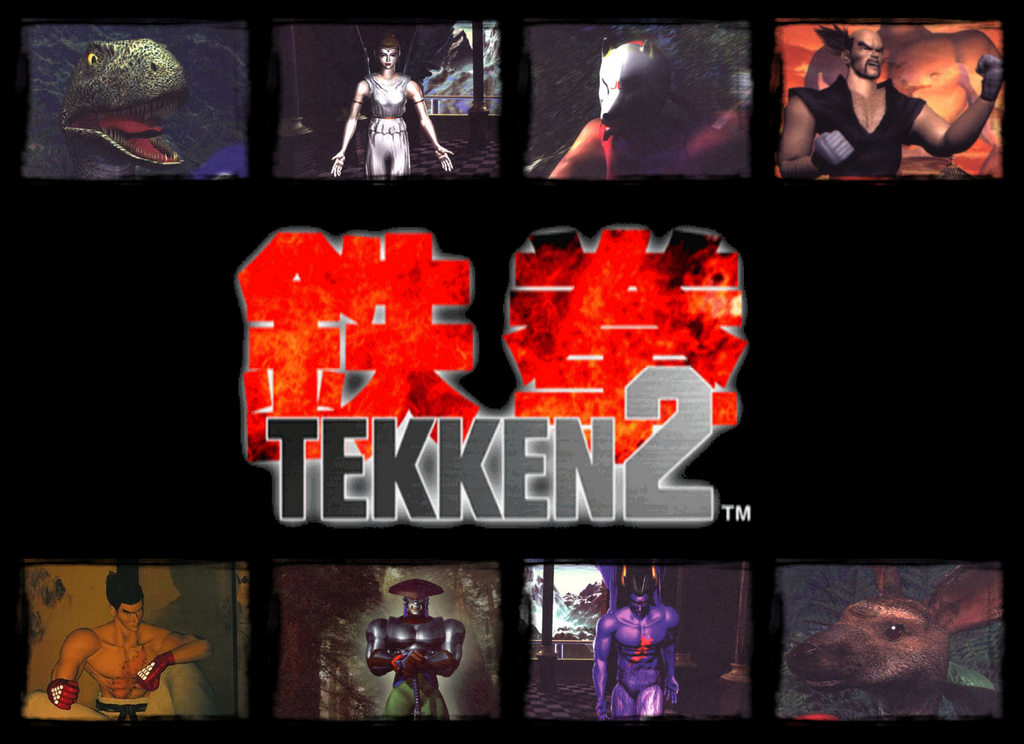 The breakthrough game in the series is largely considered to be Tekken 2, which is regarded by many critics, including myself, as one of the best fighting games of all time, and even being touted as such in the Guinness Book of Records. One fact that I have always found interesting about Tekken 2 is a vague reference to the five animals martial arts imagery. Whilst it isn’t an exact reflection on the most common animals associated with it, them being the tiger, the crane, the bear, the deer and the monkey, there are six characters in the game that perpetuate five different animals, Kuma is a bear, Roger is a kangaroo, Alex is a dinosaur, Kunimitsu wears a cat mask, and both King and Armour King wear jaguar masks. Once more, the character Lei Wulong is also a practitioner of five animals kung fu. 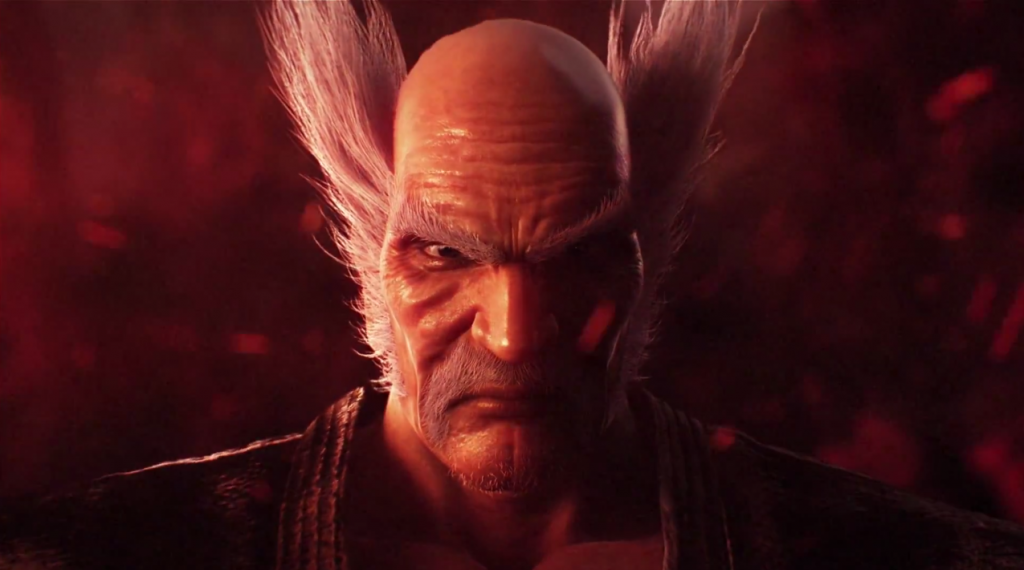 Arguably, the most recognizable character from Tekken is Heihachi Mishima. He is the end boss of the original game, and is only one of four characters to have appeared in every distinct entry in the series. Heihachi has also gone on to appear in numerous different Namco games throughout the years, including the PlayStation 2 version of SoulCalibur II, Ridge Racer 6, Anna Kournikova’s Smash Court Tennis, Pac Man Fever, Street Fighter X Tekken and Project X Zone. He was also a playable Mii outfit in Super Smash Bros for 3DS and Wii U. The game’s creator, Masahiro Sakurai, was also contemplating putting him into the game as a fully payable character, but ultimately decided against it, as he thought it too difficult a challenge to come up with an appropriate moveset for him. 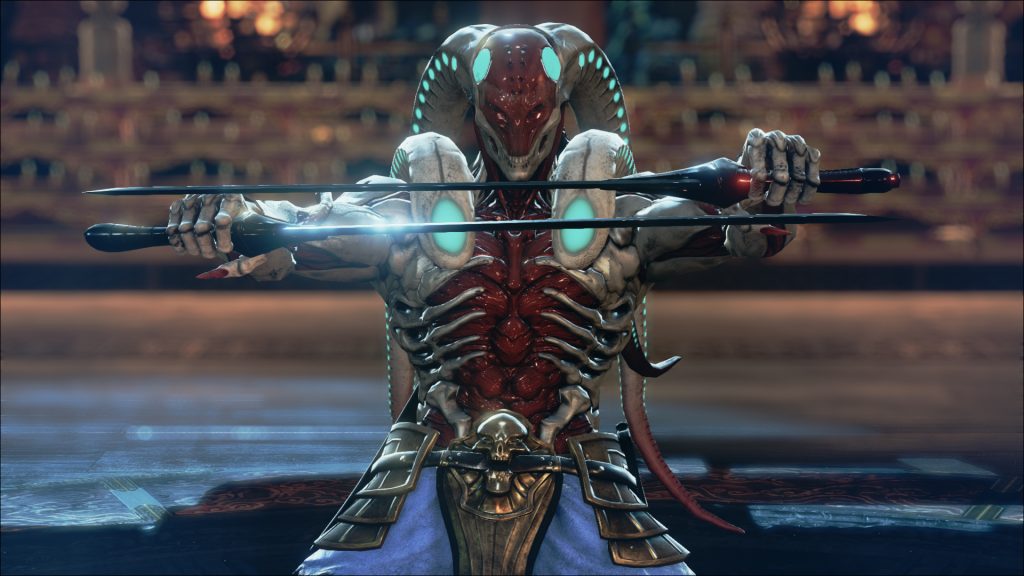 Another highly recognizable character from the series is Yoshimitsu, who is another of the mere four characters to have appeared in Tekken 1 through 7; the other two being Nina Williams and Paul Phoenix. Yoshimitsu is part of an ongoing culture in gaming of the inaccurate portrayal of ninjas. The character is said to be a practitioner of ninjitsu, but has a fighting style more akin to that of a samurai, with actual ninjitsu revolving much more around stealth and indirect combat; much of indirect combat only being used as a last resort. Along with the likes of Hiryu Strider, Ryu Hayabusa, Street Fighter’s Ibuki, Mai Shiranui and Ayane from Dead or Alive, Yoshimitsu is portrayed as a ninja who is hardly an accurate practitioner of which is even incorrectly referred to as a martial art, with the Japanese Kanji for ninja literally meaning “preserving stealth person”. 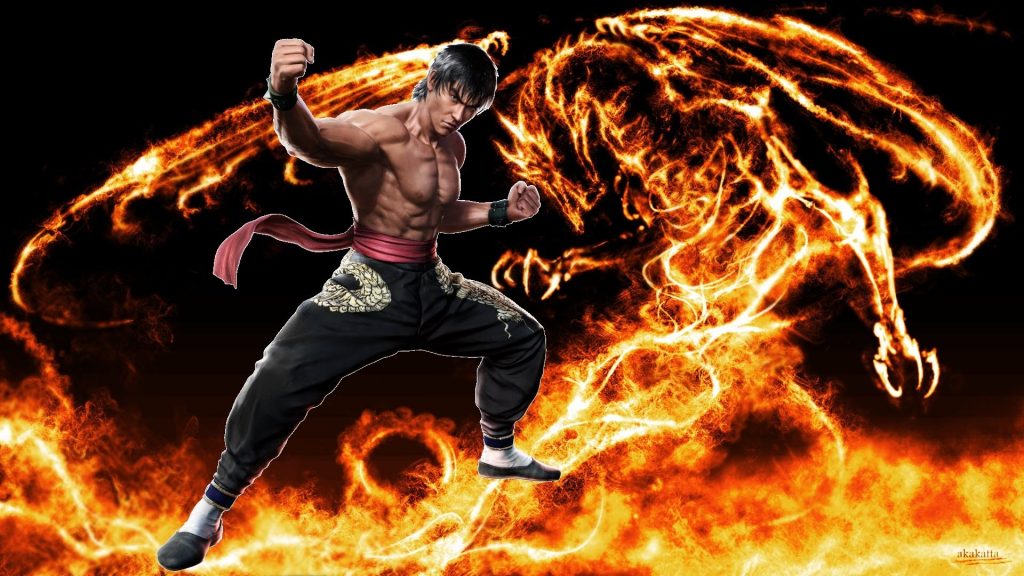 As an ongoing stable of this series, I’ve pointed out that most fighting game franchises has had a character based on the legendary martial arts actor Bruce Lee; and Tekken is no exception. The obvious character being Marshall Law, who is not only highly based on Bruce Lee, but practically “is” Bruce Lee in video game form, possessing many of the moves that Lee used in his films, having his trademark high-pitched scream, bearing a nigh-on identical resemblance to the actor, and even coming complete with a lot of the same attire he wore in his films, including his iconic yellow tracksuit worn in Game of Death complete with the same chest scar he sustains in Enter the Dragon. He also has a son named Forrest Law, ho is a direct reference to Bruce Lee’s late son Brandon. 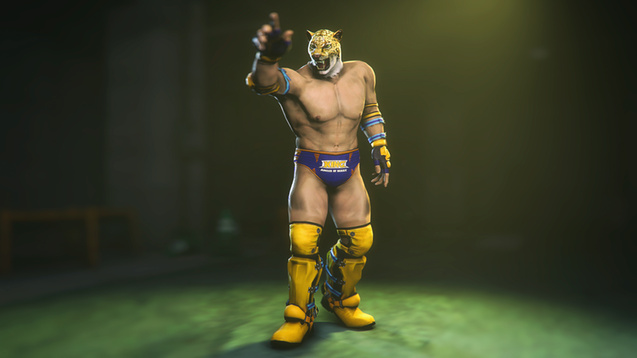 Another character in the series that was largely based on real-life fighters is King. King was based on two separate martial Artists. His appearance was based on Japanese professional wrestler Satoru Sayama, who was well known for sorting a tiger mask, and earning the nicknames Super Tiger, Tiger Mask, The Mask of Tiger, and most relevant of all, Tiger King. Interestingly alluding to the last fact, legendry wrestler Bret “The Hitman” Hart once described Sayama as “the Bruce Lee of wrestling”. King’s character arc was also influenced by that of the Mexican lucha libre wrestler Fray Tormenta, who identical to King, was a catholic priest became a wrestler in order to support an orphanage Tormenta also worked with another wrestler called El Pantera; the word Pantera meaning Panther, which could be the influence behind the relationship between King and Armour King. 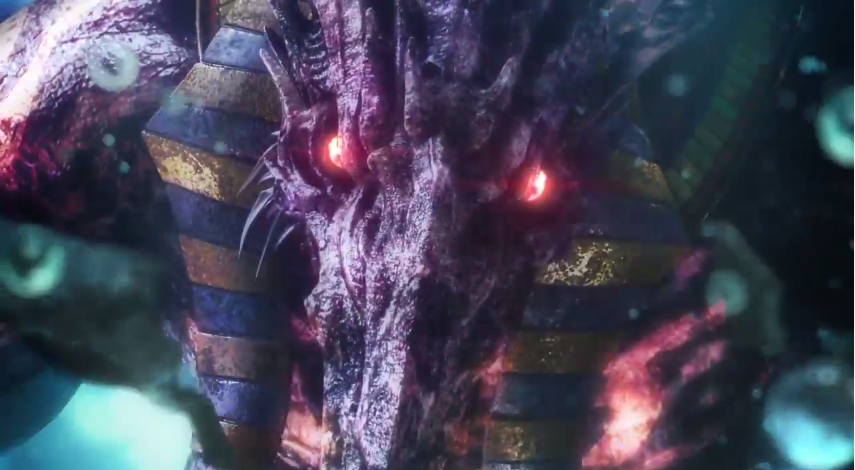 One of the most infamous characters in the series, if not the most infamous is Azazel, who debuted in Tekken 6. Azazel has gained notoriety throughout the Tekken fan base as being possibly the hardest end boss in the entire series, as well as one of the hardest bosses in gaming history. Since he is the heaviest and biggest character in the entire franchise, he cannot be picked up, and therefore, no grappling moves with work against him. As well as that, he possesses a numerous amount of different attacks that aren’t easily avoided, and he also has an auto-block feature, making it exceptionally hard to land hits on him whilst playing the game on higher difficulty modes. The character was created by Namco Bandai as a reaction to the poor reception garnished by Jinpachi Mishima from Tekken 5, with complaints levied against his own unfair movesets and seemingly absurd character traits. 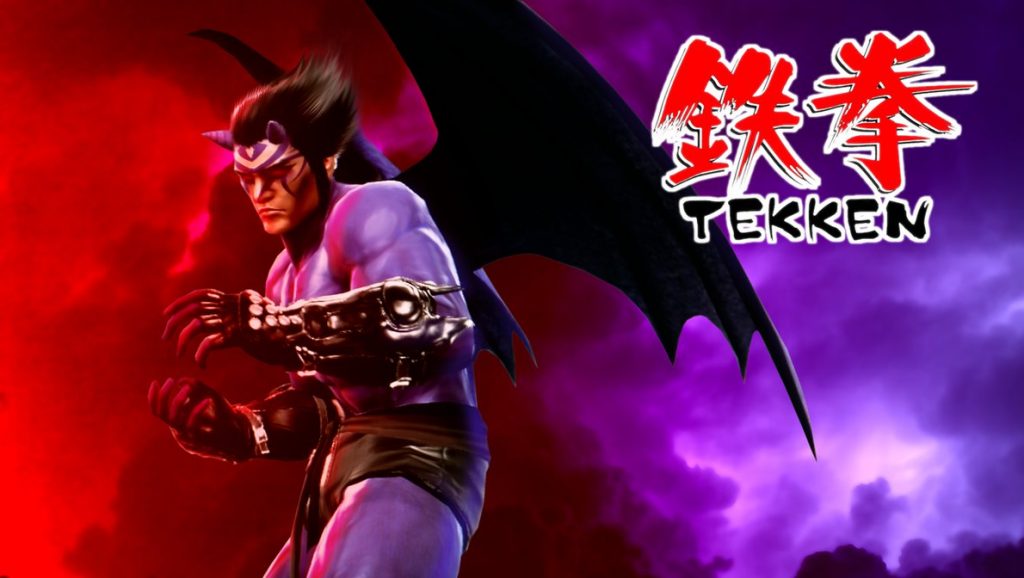 The Tekken series, like many other gaming series to have come before it throughout the years, is also infamous for the amount of religious references it has included in almost every game. For example in both Tekken 1 and 2, there exist the character Devil Kazuya, as well as an Angel palette swamp in Tekken 2. Ogre from Tekken 3 is an Aztec god, the character Jin Kazama can transform into a devil form like Kazuya, and Azazel is heavily based on the demon in Judeo-Christian mythology. The developers were also forced to modify Tekken Tag Tournament 2 following the discovery of Arabic script for Allah inscribed on the floor of the Saudi Arabia stage. 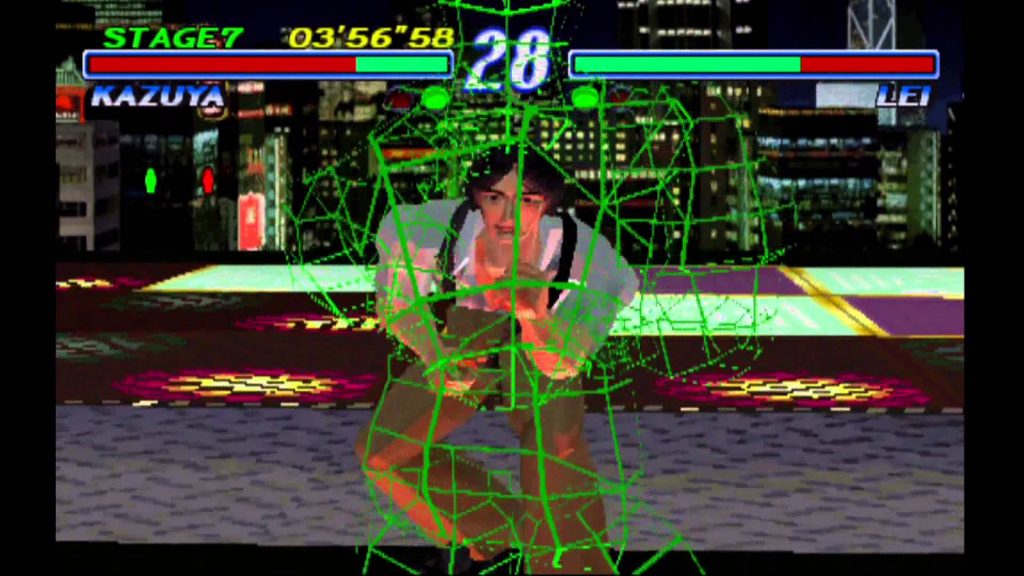 Tekken 2 had a lot of features that were later further perpetuated by other fighting game franchises, including a survival mode, a tag team mode (which likely influenced the Tekken Tag Tournament series), and time trial mode. It also had an unusual hidden mode that has rarely been seen in fighting games since. If the player holds down L1 and L2 together after unlocking every character in the game, they can play it in an almost first person view with their selected character being represented in a wire frame mode. This was likely influenced by the classic Nintendo arcade game Punch-Out!!, which was played in an identical manner.