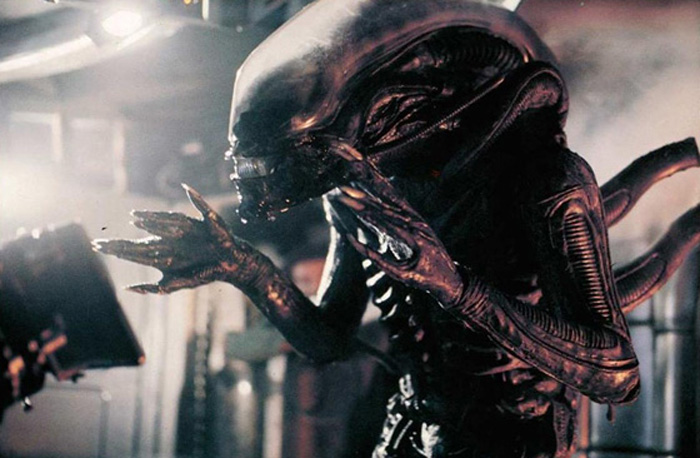 A DEEP DIVE INTO THE XENOMORPH

It’s never a bad time to talk about one of the most iconic movie villains of all time. The Xenomorph, a.k.a. the alien in ALIEN (1979) and its many sequels, has been reinterpreted and reused over and over again, and people still can’t get enough. Kristian Williams, a.k.a kaptainkristian on Youtube, takes a deep dive into the inception of the monster and talks about it’s origins, why it works, and a little bit about the man behind the monster, H.R Giger.

One thing that is not mentioned in the video is the role Alejandro Jodorowsky played in discovering H.R Giger and introducing him to Hollywood. You can take a deep dive into that by watching Jodorowsky’s Dune. It’s an illuminating experience, and while Kristian doesn’t get into that here this is a great vid to watch to learn just that much more about everyone’s favorite alien.

For instance, did you know that the original costume used an actual human skull in its fabrication? FREAKY!!!

Anyway, check out the vid below and share your love (or hate) for the ALIEN franchise in the comments below.