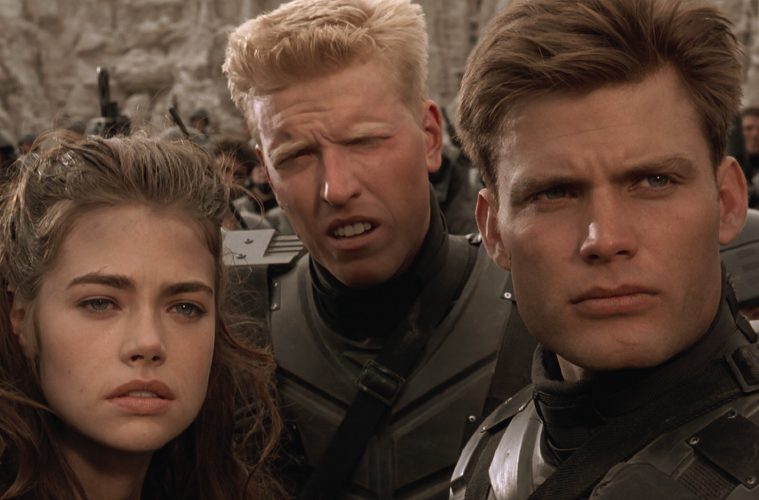 Director Paul Verhoeven (Robocop, Total Recall) has stayed out of Hollywood for some time, and his choice words on hearing a remake of his 1997 classic Starship Troopers is in the works may give some indication as to why. Verhoeven mocked the news of a new edition to his film, saying it would be hackneyed drivel that would play into the fascist overtones of the novel by Robert A. Heinlein, overtones he and screenwriter Edward Neumeier tried to avoid. He went on to say the remake wouldn’t have enough insight to avoid the philosophy of the book, and would perfectly reflect the arrival of a Trump presidency.

What’s more, Verhoeven mentioned a few reasons why his version of Starship Troopers, a satiric send up of a space age America fighting for human survival (hegemony?) over a race of giant insects, ever made it out the gate. The truth might surprise you. DO YOU GET ME!?