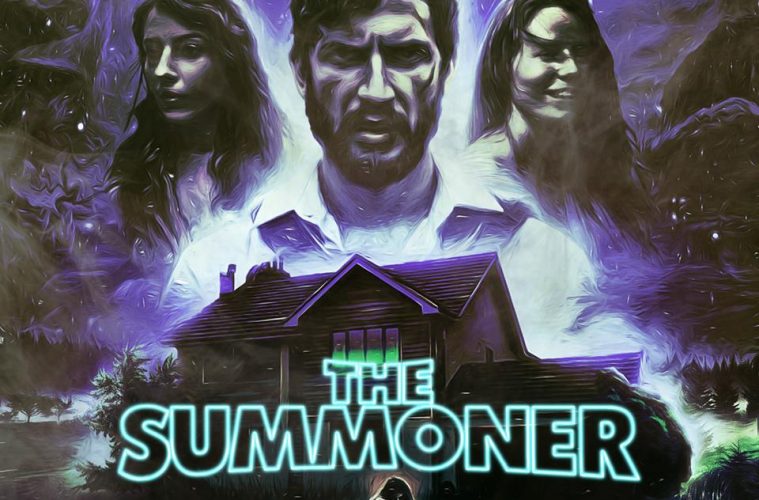 LISTEN: ‘THE SUMMONER’ CONJURES UP ONE AWESOME 80S SOUNDTRACK

A few months back, we put you on to an IndieGoGo campaign for The Summoner, a supernatural thrill-ride in the ’80s tradition. Well, now we’ve received word that our good friends at Lazerdisc Records are building the mother of all soundtracks!

It is horror. It is love. It is action. And it is a short film that has been brought together by the direction of James Secker, with producer Rob Yeomans adding the meat with Irving Force’s post-production and editing skills, and, finally, the director of photography is no other than Shane De Almeida.

Starring in this tale of spirits that won’t take death as-an-answer is the head singer of Le Cassette: Adam McNab. And if Adam wasn’t enough to stimulate the senses, Mhairi Calvey, of “Braveheart” fame, is thrown into the mix, as well as Alexandra Hansler and Kate Marie Davies. Plenty to feast your eyes on.

Adam’s character is on the very edge of life and death, so it makes sense when he gives up the mundane to rid the world of ghastly ghouls. There are plenty of pitfalls, for our hero, on the way.

So, we wanted to provide the Summoner with the best form of motivation known to humanity: a bloody good soundtrack.

Don’t miss out on adding the LP to your armoury.

The Summoner soundtrack is scheduled for digital release on November 18, 2016, with a physical release on December 26, 2016. However, for those of you who like to try before you buy, you can check out a few choice tracks from the O.S.T. below.