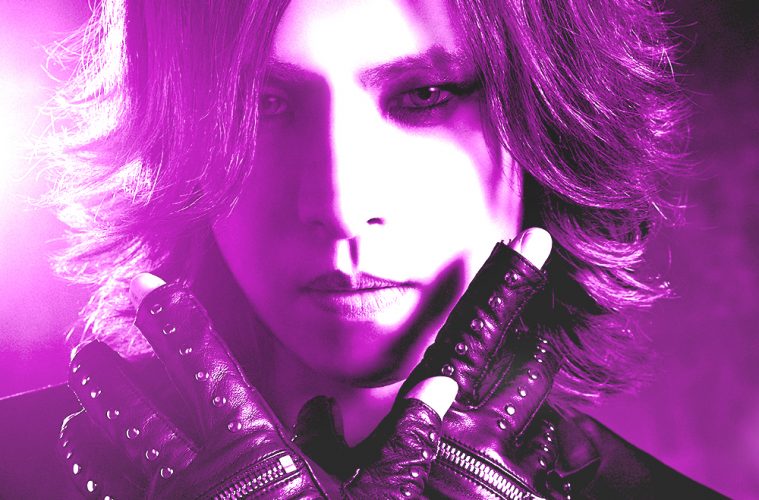 Manga Entertainment, Passion Pictures and X Japan are delighted to announce that the critically acclaimed film WE ARE X about Japan’s most successful rock band of all time will celebrate its UK Film Premiere on the 28th February at Picturehouse Central in London. The film will be released in UK cinemas nationwide from 2nd March for one night only with encore screenings and followed by it’s On Demand, DVD and Blu-ray Home Entertainment release on 1st May 2017. The film’s soundtrack will also be released on 3rd March through Sony Music’s Legacy Recordings (a division of Sony Music Entertainment) just prior to X Japan’s headlining concert performance at Wembley on the 4th March. 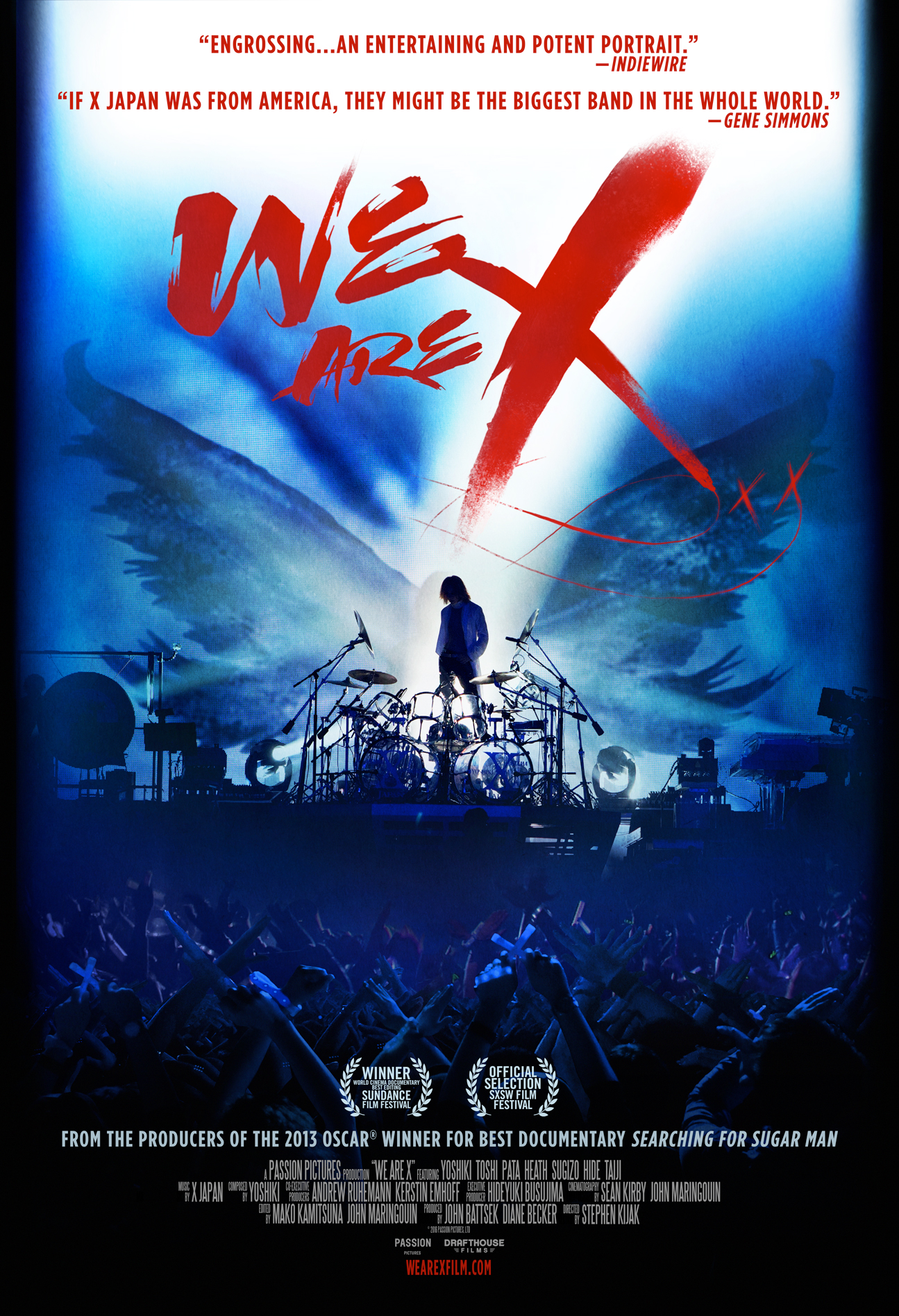 Directed by acclaimed documentary filmmaker Stephen Kijak (Stones in Exile, Scott Walker: 30 Century Man), and produced by the Oscar-winning production team behind Searching for Sugar Man, WE ARE X is an astonishingly intimate portrait of a deeply haunted, but truly unstoppable virtuoso and the music that has enthralled legions of the world’s most devoted fans. It was officially selected for the Sundance Film Festival, SXSW and the BFI London Film Festival winning multiple awards and with critical praise for the film ‘WE ARE X’ continuing to pour in from: New York Times, Los Angeles Times, Buzzfeed and LA Weekly.

Hailed as “fascinating” by the New York Times, WE ARE X is a transcendent and beautifully shot rock & roll story about the most successful rock band in Japanese history,  X JAPAN. They’ve sold over 30 million albums, singles and videos combined; sold out Japan’s 55,000-seat Tokyo Dome a record 18 times; and played to tens of thousands of fans outside of Japan. Under the enigmatic direction of YOSHIKI–composer, classically-trained pianist, drummer/percussionist, and the creative force behind the group—X JAPAN has captivated a wide range of admirers as Sir George Martin, KISS, Stan Lee, and the Japanese Emperor-while pioneering a spectacle-driven style of visual rock called “Visual Kei”  (visual-kay), a one-of-a-kind cultural phenomenon. 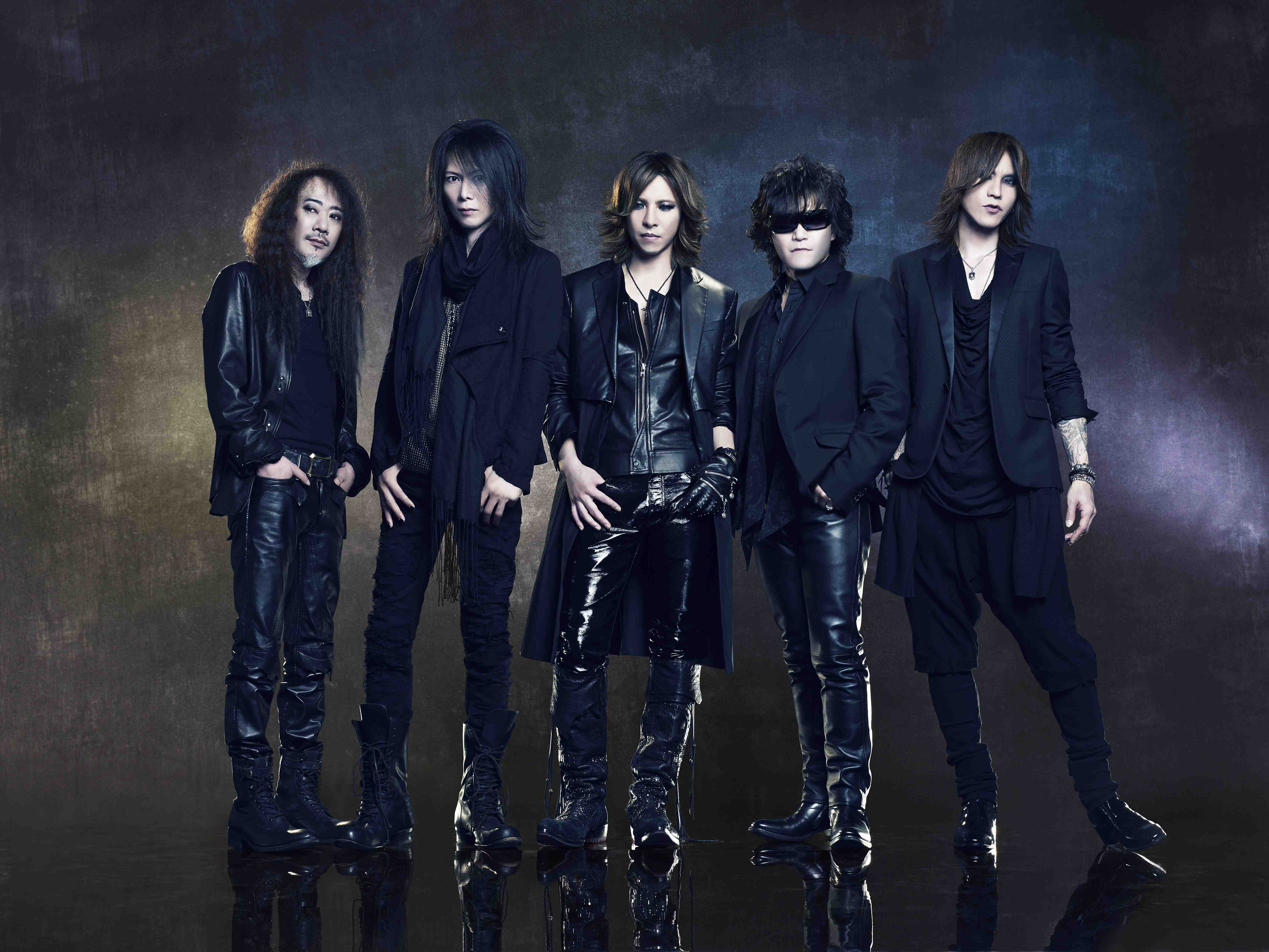 Director of We Are X, Stephen Kijak said: “Thrilled to be working with the team at Manga to bring WE ARE X to UK screens, especially in the wake of X Japan’s long-awaited concert at Wembley. I think it just reinforces the notion that the film is not the end of their story but represents a new beginning. If you’ve never seen X Japan live, even if you’ve never heard of them, I encourage you to see this show (and the film of course) – they truly are one of the greatest live acts on the planet and it might just change your life.”

Andrew Hewson, Marketing Manager at Manga Entertainment said: “We are truly excited to be involved with the astounding and award-worthy film, We Are X. This is an amazing opportunity for us to work closely with the incredibly talented Yoshiki and X Japan to bring this exquisite and powerful documentary to UK fans!”

WE ARE X will have its UK Premiere on 28th February at the Picturehouse Central and will be released in UK Cinemas nationwide from 2nd March followed by On Demand and DVD 1st May.

The WE ARE X film soundtrack is now available to pre-order at Amazon (here) and will be available on 3rd March ahead of X JAPAN’s Wembley Concert on Saturday 4th March, tickets are available (here).