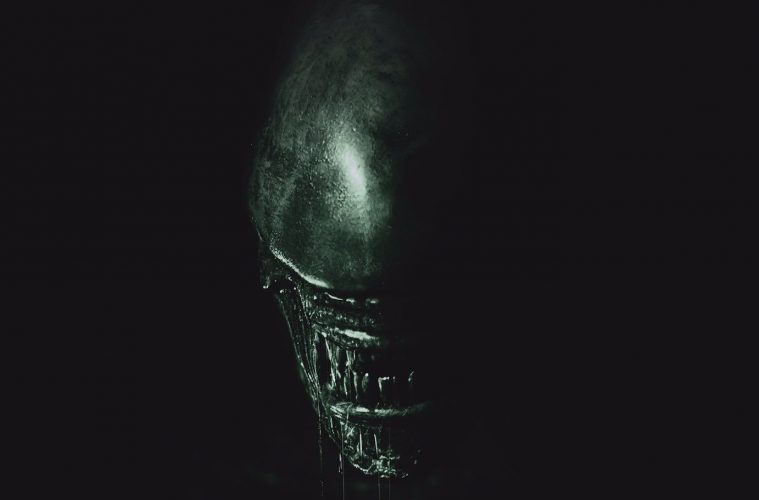 Like an embryonic xenomorph, out of nowhere, 20th Century Fox has unleashed 4-minutes of ALIEN: COVENANT on the unsuspecting Internet!

Labeled a “prologue,” this early peek (below) introduces us to a pretty stellar cast of crew members aboard TheCovenantt, a colonization ship likely headed towards plenty disaster.

The official prologue to Alien: Covenant introduces the crew of the mission as they gather for a final meal before entering cryosleep.

Set aboard the Covenant, a colonization ship on its way to a remote planet to form a new human settlement, the main crew (all couples) and their android, Walter, enjoy their final meal together before cryosleep.

Conceived by Ridley Scott and 3AM, directed by Luke Scott, and produced by RSA Films.

Ridley Scott returns to the universe he created, with ALIEN: COVENANT, a new chapter in his groundbreaking ALIEN franchise. The crew of the colony ship Covenant, bound for a remote planet on the far side of the galaxy, discovers what they think is an uncharted paradise, but is actually a dark, dangerous world. When they uncover a threat beyond their imagination, they must attempt a harrowing escape.

Don’t cryosleep on May 19, 2017. Because ALIEN: COVENANT is hitting theaters whether you’re ready or not.