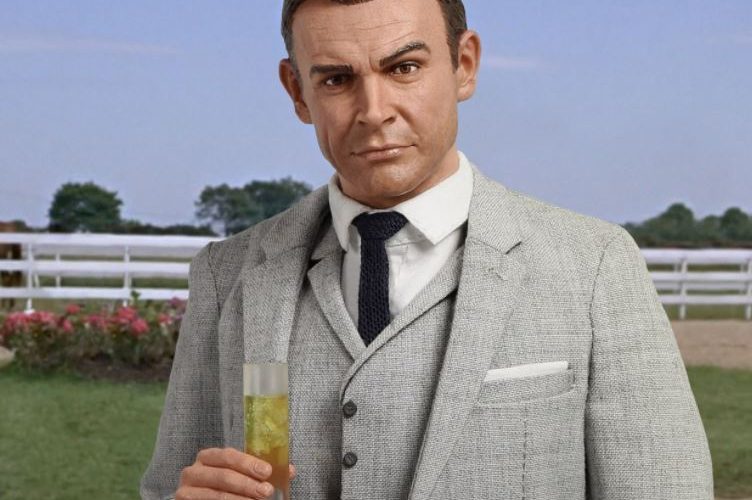 THESE 007 ‘GOLDFINGER’ FIGURES ARE A BIT CREEPY…BUT MOSTLY COOL

The folks over at BIG Chief studios have officially embraced the uncanny valley with these Goldfinger Collection Figures. On one hand, I have to applaud their attention to detail. On the other, I’m like, “KILL IT…KILL IT WITH FIRE!”

That’s not really a ringing endorsement is it? I’ll be quiet. 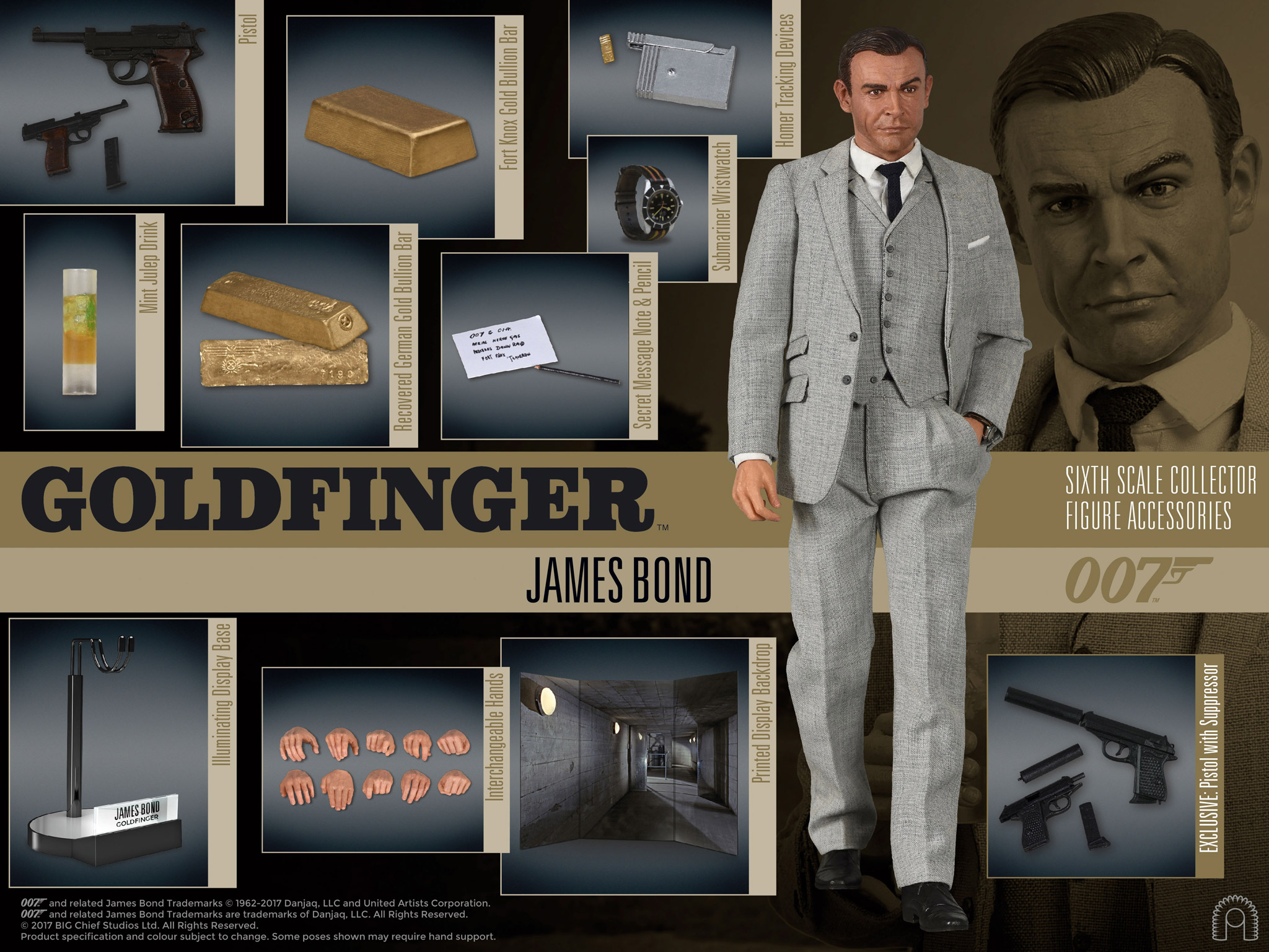 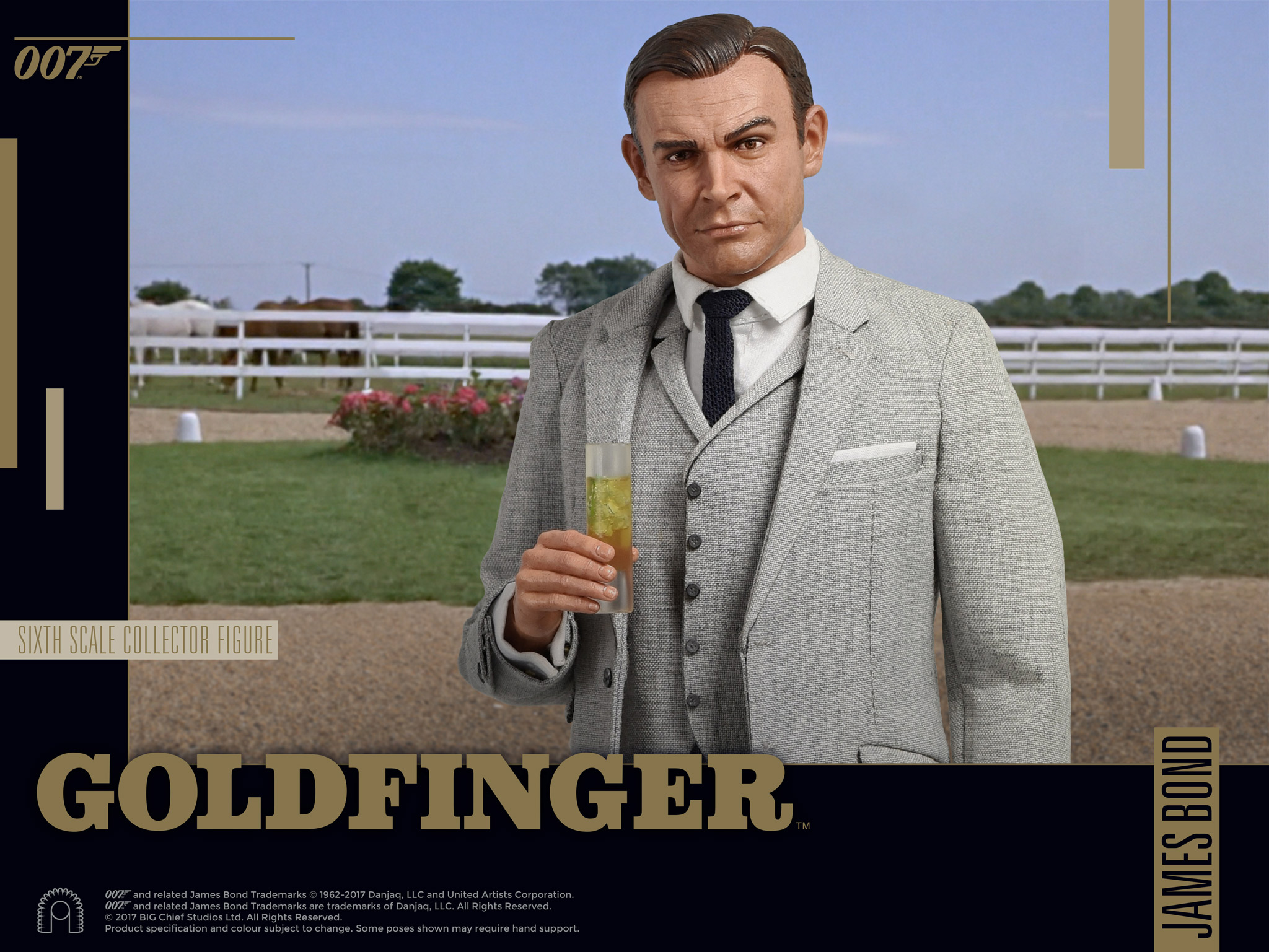 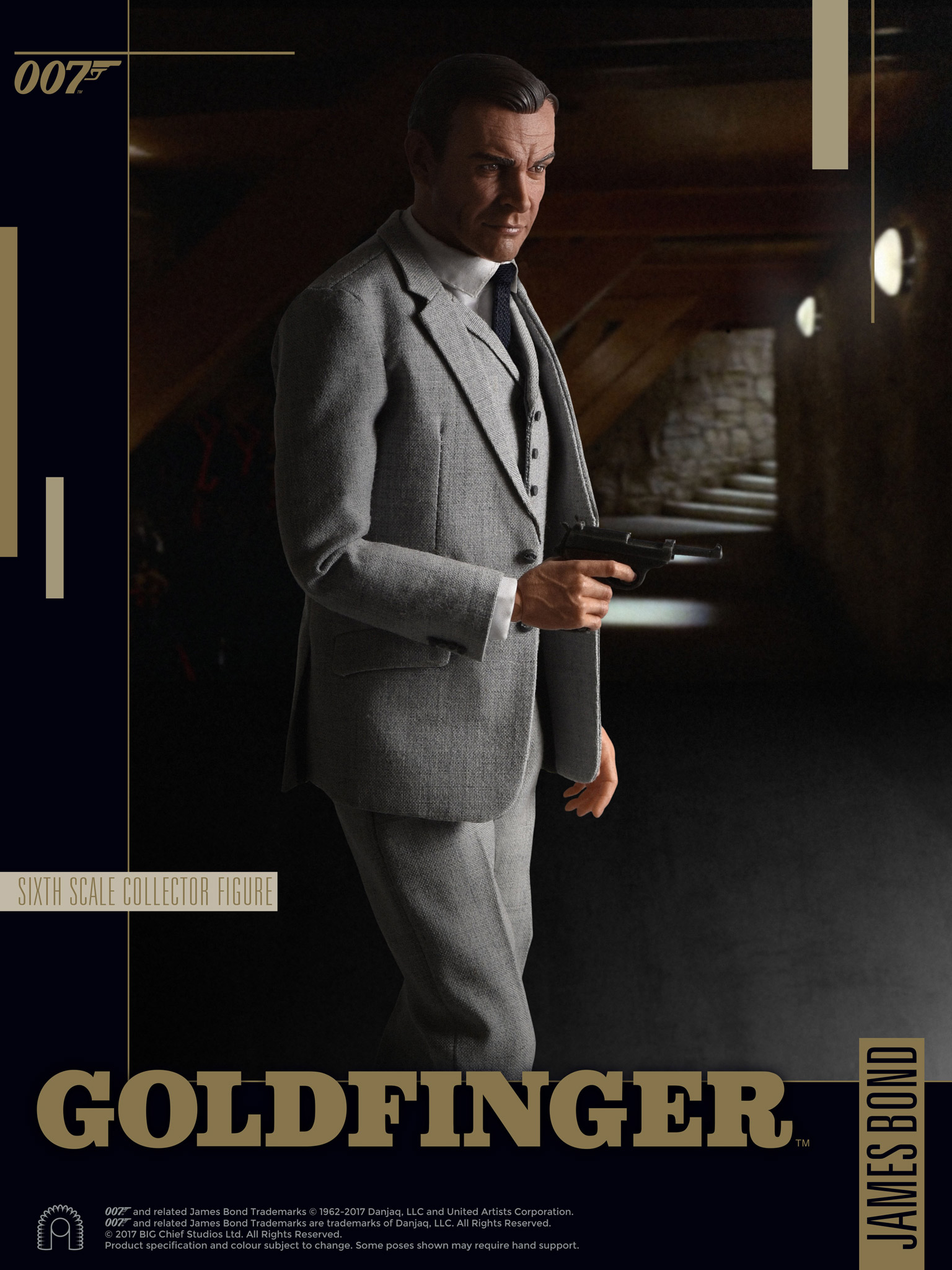 From one of the most memorable spy movies ever, Goldfinger, BIG Chief Studios to present the James Bond 1/6-Scale Collector Edition Figures. Our artists have developed the most faithful, meticulously detailed replica in miniature, recreating three memorable characters – James Bond, portrayed by Sean Connery; Auric Goldfinger, portrayed by Gert Frobe; and Oddjob, portrayed by Harold Sakata – with authentically styled, hand-tailored costumes. Each figure comes with numerous accessories including a special display base with illuminating character name plaque. 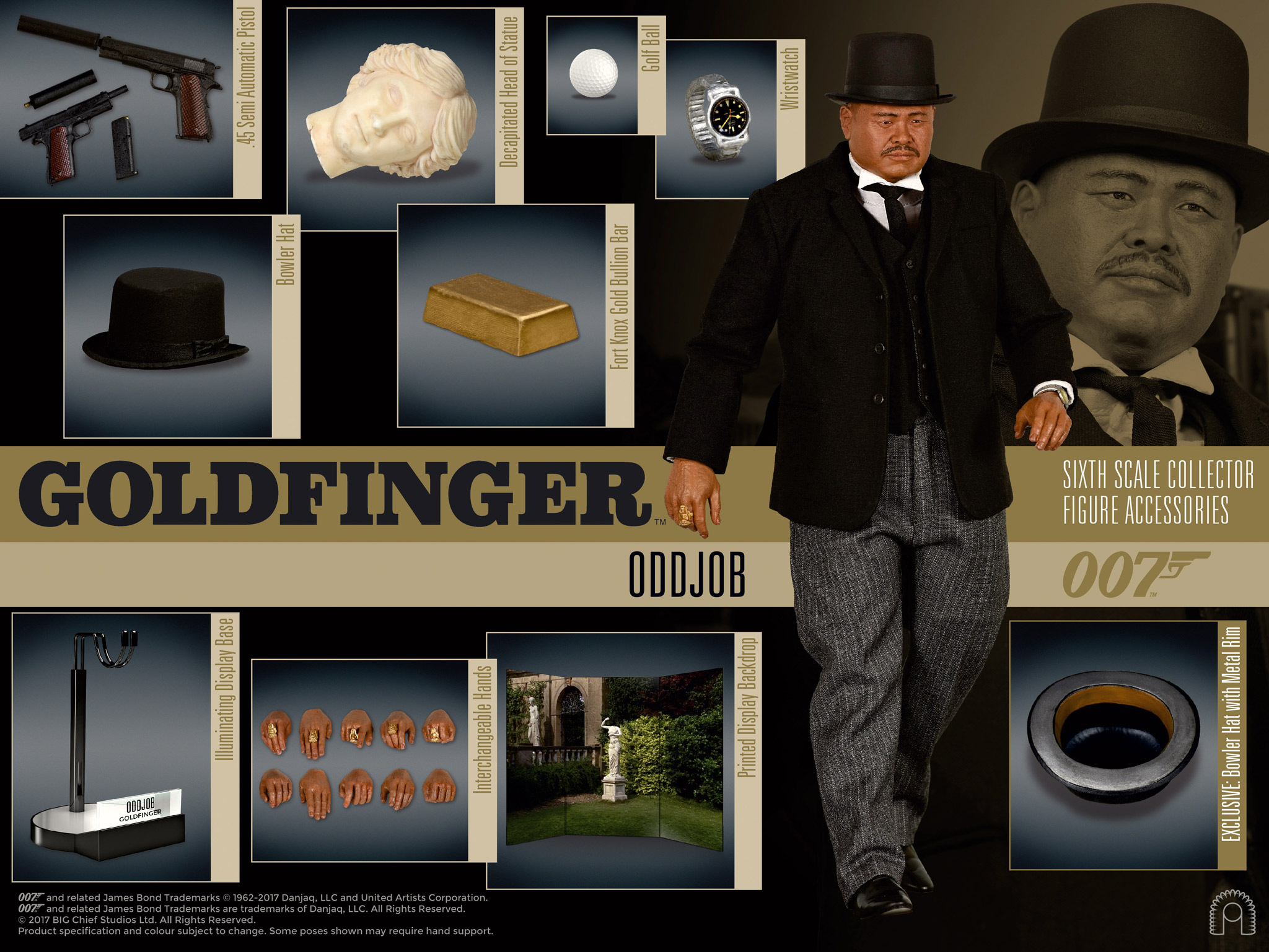 From the fully realized portrait of actor Harold Sakata to the authentically styled, hand-tailored costume, this figure features the most faithful, meticulously detailed replica in miniature. The figure comes with numerous accessories including a .45 semi-automatic pistol with removable magazine, decapitated head of statue, Fort Knox gold bullion bar, and a special display base with illuminating character name plaque. 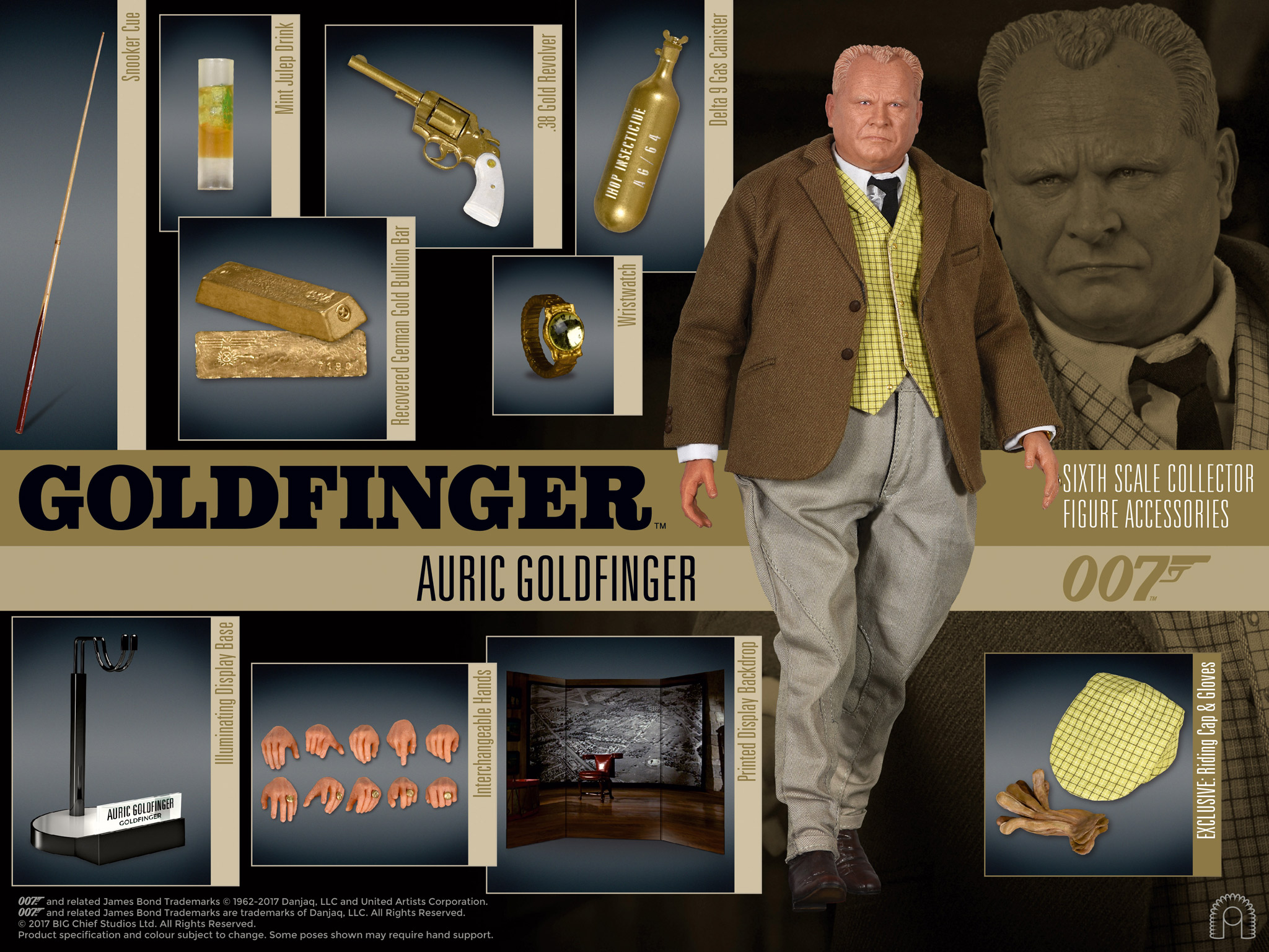 A wealthy and successful businessman, owning many properties throughout the world, Auric Goldfinger is an international gold smuggler. A psychopathic man obsessed with gold, his business affairs come under suspicion from the Bank of England and James Bond is sent to investigate. BIG Chief Studios are proud to present the Auric Goldfinger Sixth Scale Collector Edition Figure. From the fully realized portrait of actor Gert Frobe to the authentically styled, hand-tailored costume, our artists have developed the most faithful, meticulously detailed replica in miniature.

Of course theses figure are officially licensed by the folks at EON. They are also limited, so you might want to check BIG CHIEF’s official store and pre-order now.