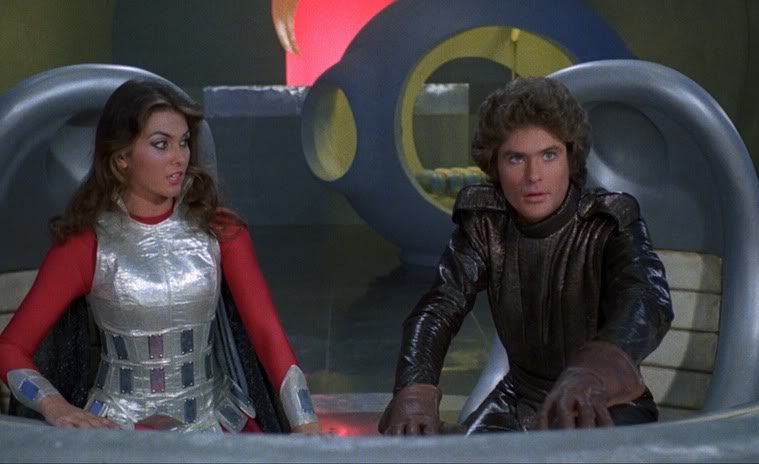 In the wake of Stars Wars planet conquering box office success, filmmakers rushed to cash in on the whole sci-fi soap opera in space boom.

Some of the movies – like Disney’s The Black Hole – that followed in George Lucas’ light-speed wake had big budgets, and original ideas. Others had no money and David Hasselhoff shooting lazers from his eyes.

Starcrash (1978) was a low rip-off directed by Italian schlockmeister Luigi Cozzi (who went on to direct Cannon’s notorious dud Hercules with Lou Ferrigno).

With its ropey special effects, duff script and *ahem* variable acting, the film’s gone on to become a cult classic.

So, here are movie vloggers Two Takes with 4 reasons why you should watch Starcrash.