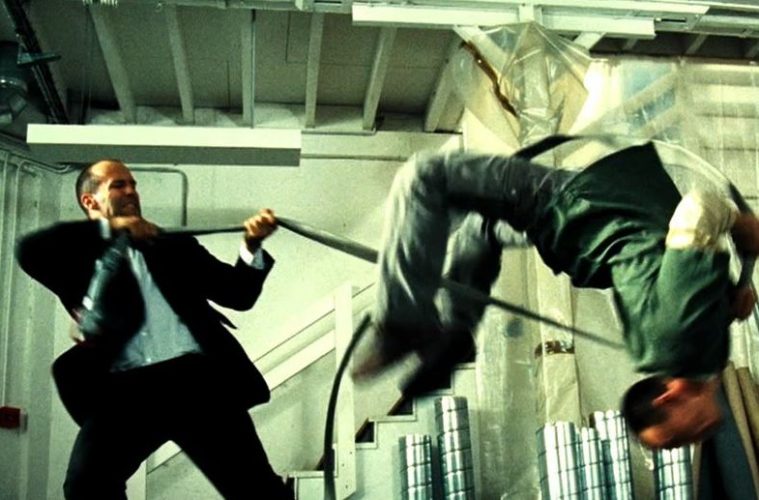 Here at Action a Go Go, we have no shortage of appreciation for Warren Ellis. The English writer of funny books, TV, and novels has been on our comics pull list since the early 2000s, and his upcoming animated CASTLEVANIA Netflix series has us anticipating its release.

Recently, Ellis took to his weekly newsletter to talk about his current DC Comics title, THE WILD STORM (highly recommended). As he dove into describing his scripting process, Ellis began to talk briefly about how he sequences action in his comic. Best of all this, Eagle Award-winning writer used TRANSPORTER 2 as a source of inspiration. Check this out:

THE WILD STORM always starts as scribbled pages in a notebook.  Technically, I’ve been working on this next block for months, filling  a page or two with notes over a glass of wine at lunch.  At the end of the TWS bible I describe each of the four volumes of the book in three lines. That’s the guide – the points I have to hit for the entire Wildstorm revival project to work as a whole. Everything else is mutable. Like writing a novel – I often only want the spine in front of me, so I can wander around the rest as the mood takes me.

At some point, I open a plain .txt file and just start typing, filling in structural progressions. Which characters do I need to check in with? What needs to be explained? What do they know and what do they need to know? Eventually, I’ll find a sequence I want to hear, and I’ll start writing dialogue, with just a couple of lines for location and activity. (Where are these characters and what are they doing?)   I’ll just let them talk.  I’ll edit and rewrite it later. Just let them talk and see where it goes.  Trying to hear their distinct voices. I was in it for several hours om Saturday night, introducing a new character, trying to learn them and who they are as they walked down a corridor in an IO black site in the ninety seconds before their cover is blown.  With a parenthesis in the middle reading (fight scene). Action scenes work a different muscle, so I’ll leave that for another time.

Fight scenes, for being so absurd, probably have a closer relationship to real life than the choppy, journalistic, graphic-design nature of comics dialogue. How many people? What’s the nature of the environment? What’s in the environment that can be used? When you’re in a real fight, anything’s a weapon, even a piece of furniture.

For a pure mathematical iteration of this formula, watch this:

Environment: a back room that’s being redecorated.  Probably previously a public space, hence the old hose. Somebody wrote a list of all the things that would be in that room, and then had good old Jason Statham use them all to hurt people with. It is beautiful like science. I like JOHN WICK as much as the next person, but John Wick never beat the shit out of a bunch of people using only a hosepipe and decorating supplies.

And remember, kids: it’s only safe to kick when you’re damned sure your leg isn’t going to get grabbed.  And if someone kicks at you, grab their ankle and lift it up above your head.

For more insight and to periodically witness his unraveling, you can subscribe to Ellis’ newsletter HERE.