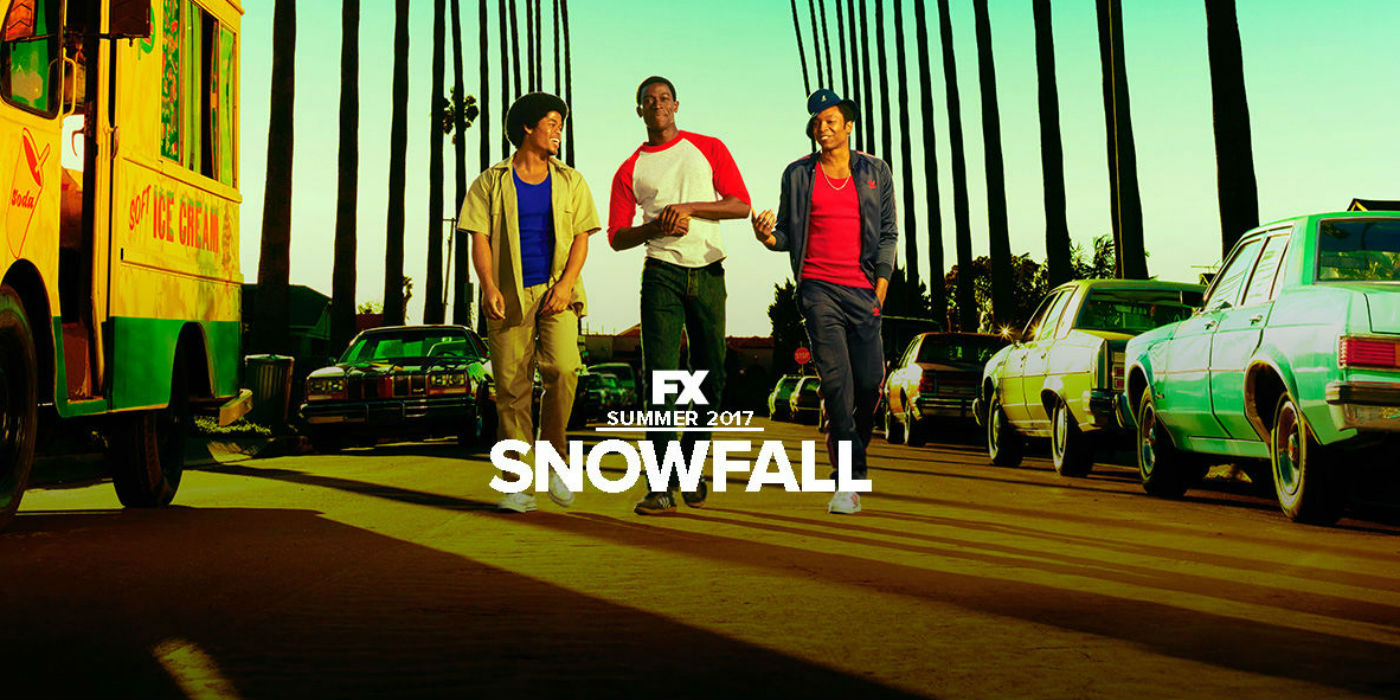 Exactly one month from today, FX will be airing a new TV series entitled Snowfall. Set in Los Angeles in 1983, the series is a one-hour drama about the beginning of the crack-cocaine epidemic and its cultural impact. It follows several “characters on a violent collision course, including: Franklin Saint (Damson Idris), young street entrepreneur on a quest for power; Gustavo “El Oso” Zapata (Sergio Peris-Mencheta), a Mexican wrestler caught up in a power struggle within a crime family; Teddy McDonald (Carter Hudson), a CIA operative running from a dark past who begins an off-book operation to fund the Nicaraguan Contras; and Lucia Villanueva (Emily Rios), the self-possessed daughter of a Mexican crime lord.”

The biggest part of the series is that it’s created and directed by John Singleton. After being behind the camera for several significant films in his 20+ year career, Singleton (now 49) has now moved his director lens to the medium of television. He’s been dabbling in television somewhat in recent years, having directed episodes of Empire, American Crime Story, and his own BET series Rebel. The Los Angeleno is no stranger to issues of race and social issues as many of his films dauntingly explore these themes in detail: Boyz N The Hood (1991), Poetic Justice (1993), Higher Learning (1995), Rosewood (1997), Shaft (2000), Baby Boy (2001), and 2 Fast 2 Furious (2003) were all critically acclaimed and are considered “hood classics”. From the previews available, the show doesn’t glamorize the drug life. Rather it shows the viewer what that lifestyle eventually leads to. See the trailer below: