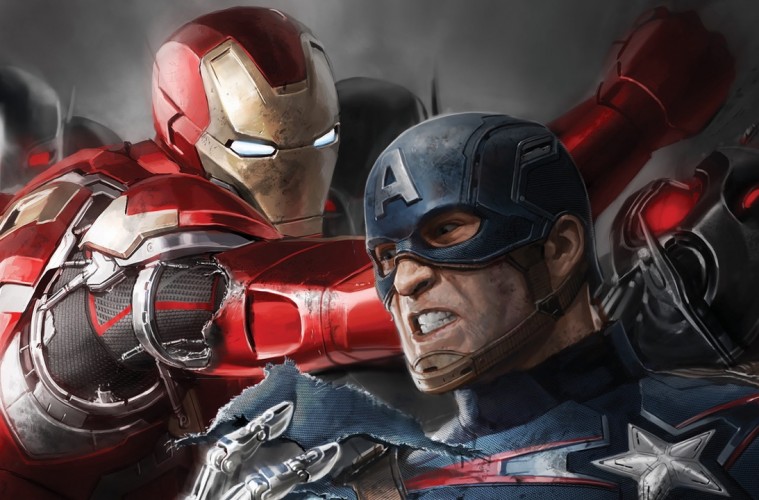 Yes, the Civil War trailer has finally arrived. However, as any true comic book fan will tell you, a new Marvel blockbuster hits comic shops on a weekly basis. That’s not to say that we won’t thrill at the big-budget, 2.5 hour spectacle that is Marvel Studios’ latest. It just means that a comic book has an endless budget and greater room to tell deeper, crazier, genre-breaking stories.

Local Comic Shop Day is this weekend, and comic shops everywhere will be overflowing with Marvel trade paperbacks for you to consume. It also means that many shops will be doing massive blowout sales on all their inventory. That makes this the perfect time of the year to take a dive into the wealth of content that the industry has to offer. If you’re excited for Captain America: Civil War, then there is definitely a chance that there is an Avengers-related story for you. Hell, even if you weren’t pumped by what you saw in the trailer…there is an Avengers-related story for you.

What follows are some of our favorite Avengers missions from recent memory. These titles have the scale and scope that Hollywood wishes they could accomplish. They also represent the type of exhilarating, bad-assery that comics dish out on a week to week basis. These are…6  Avengers Stories That Are Purely Bad Ass. 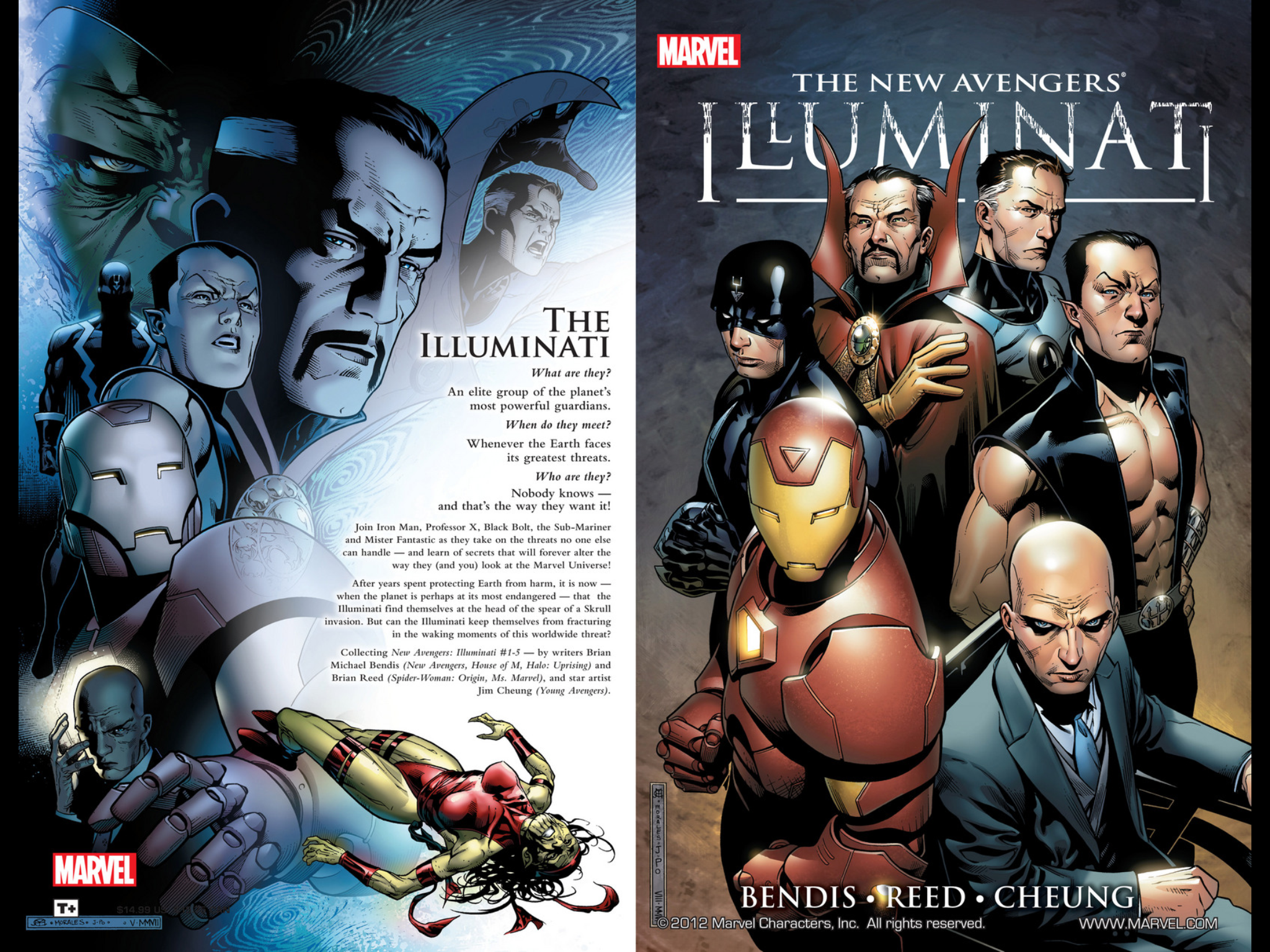 The Illuminati. What are they? An elite group of the planet’s most powerful guardians. When do they meet? Whenever the Earth faces its greatest threats. Who are they? Nobody knows, and that’s the way they want it! Join Iron Man, Professor X, Black Bolt, the Sub-Mariner and Mister Fantastic as they take on the threats no one else can handle, and learn of secrets that will forever alter the way they (and you) look at the Marvel Universe! After years spent protecting Earth from harm, it is now when the planet is perhaps at its most endangered as the Illuminati find themselves at the head of the spear of a Skrull invasion. But can the Illuminati keep themselves from fracturing in the waking moments of this worldwide threat?

This is like the secret history of the Avengers — what the Marvel U’s 5 figureheads have been up to when no one was looking. For older fans, this is a great refresher course in the stuff you grew up on. For newer fans, this is a fun way to play catch up. [Find a shop near you] 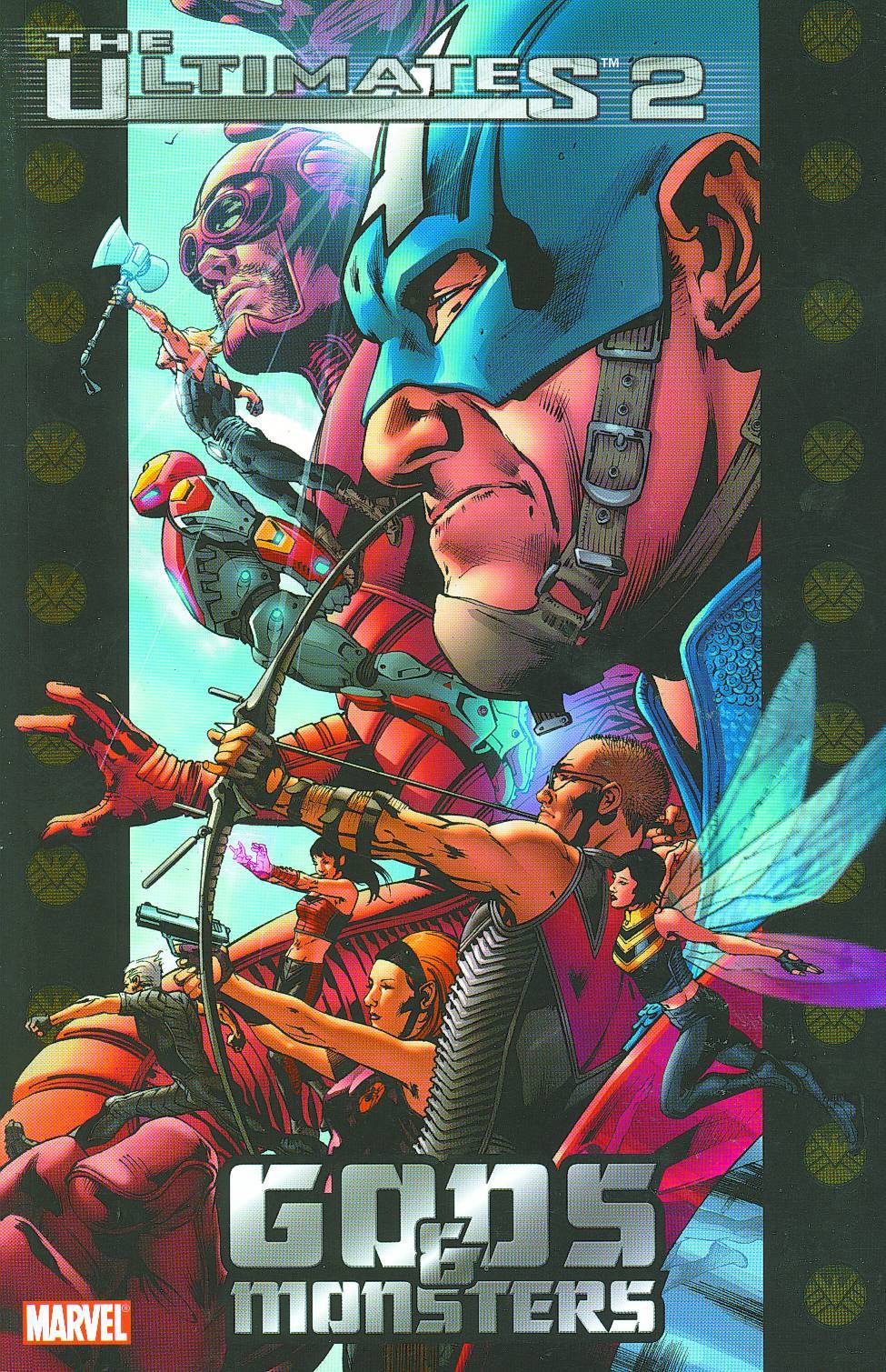 They are the greatest heroes the world has ever known: Captain America, Iron Man, Thor, Hulk, Wasp, Giant Man, Hawkeye, Black Widow, Quicksilver, Scarlet Witch. They’ve saved the world from alien invasion, becoming international celebrities and America’s champions…but now all that’s about to change. Can the Ultimates survive the Hulk’s execution, Thor’s imprisonment…and the advent of the Ultimate Defenders?! On the eve of Tony and Natasha’s wedding, Nick Fury makes his move against the mysterious traitor that’s been plaguing the team – and the Ultimates will never be the same!The world’s greatest heroes are in for the battle of the century…and not all of them will be walking away.

You already know how the team got together, but maybe they were a bit too hasty unifying in the first place. When “The Ultimates” (Marvel’s more mature version of the Avengers) begin to question whether or not Thor is really the fallen son of Asgard, it cast a shadow of doubt on their entire operation. Paranoia ensues and Nick Fury makes some drastic decisions that he may soon regret. [Find a shop near you] 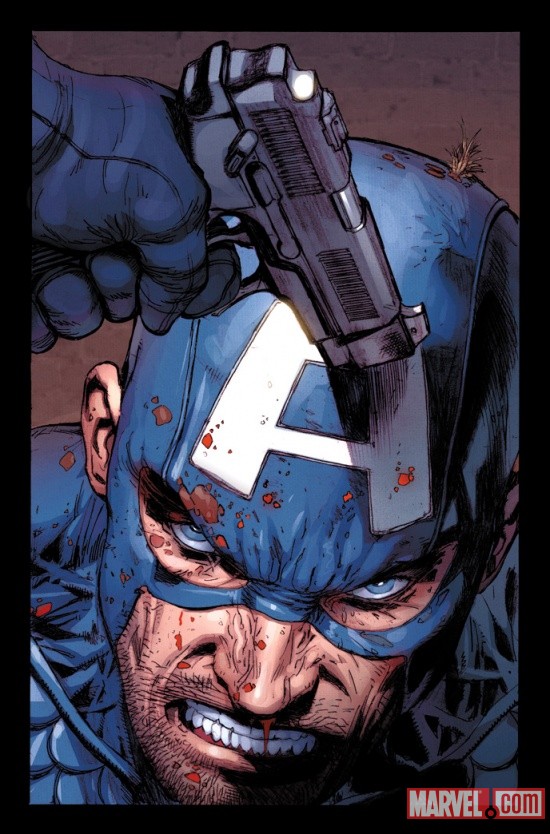 An Ultimate Comics groundbreaking miniseries! Captain America has seen things no soldier should ever see, been to places that no man should be able to return, and beaten foes that no other hero could put down. Now, in the jungles of Cambodia, one man will push Captain America to, and past his limits. And Cap may not come back!

In Ultimate Comics: Captain America, Cap takes on yet another failed attempt to copy him while he was on ice. This clone was created during the Vietnam era, and his disillusionment has taken a violent turn.

The story is an amazingly harsh criticism of American foreign politics, with plenty of controversial turns. Needless to say, I doubt some of this stuff would be acceptable to the “house of mouse” now that they have a multi-billion dollar film franchise on their hands. [Find a shop near you] 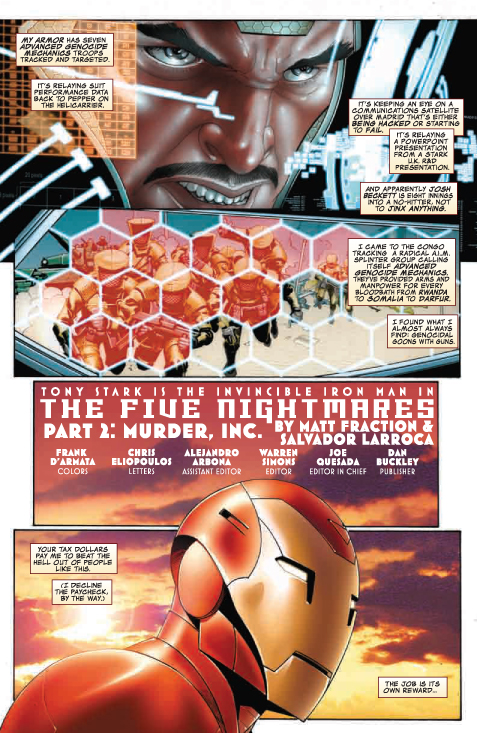 Looking for some old school Iron Man super-heroics? Want to see Shellhead let loose with his repulsors? Filled with page-to-page action, this book shows the Armored Avenger doing what he does best: fighting big name villains armed to the teeth with deadly technology in between jet-setting around the world as billionaire playboy Tony Stark. Hop on board for the lift off of the Iron Man series for the 21st century!

Writer Matt Fraction and artist Salvador Larroca create a summer blockbuster that easily outshines even Marvel Studio’s best efforts. Together, Fraction and Larroca have fun mixing science fact with a playful amount of science nonsense. This is where Larroca comes in strongest, by giving the reader plenty of technological eye candy in each panel. It’s a team effort that lives up to its adjective. [Find a shop near you] 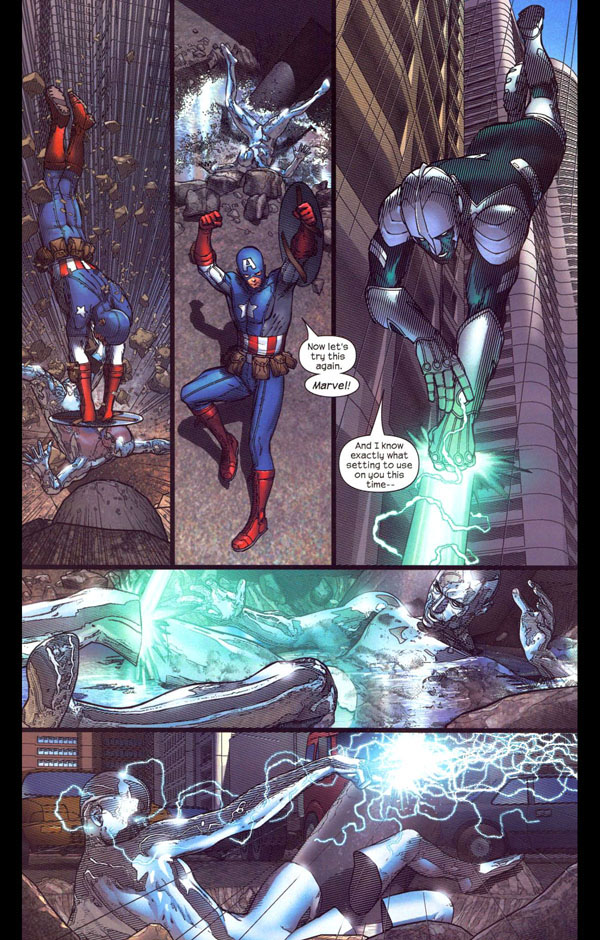 In Ultimate Nightmare, world communications systems break down, and the source of the anomaly is revealed as Tanguska, Russia. Nick Fury of S.H.I.E.L.D. leads a force comprised of Captain America, Black Widow and Sam Wilson to investigate; simultaneously, Charles Xavier of the X-Men dispatches his own team consisting of Jean Grey, Wolverine and Colossus. What they discover there – and what happens next – defies belief! In Ultimate Secret, a hidden alien race is trying desperately to keep man from reaching the stars. Cape Canaveral scientist Phillip Lawson, secretly a Kree soldier assigned to a mission on our planet, knows of the hideous plan and will use all his considerable power to stop it…the power of Captain Mahr Vehl! But his sudden betrayal may mean a swift doom for the Earth. Starring the Ultimates and the Ultimate Fantastic Four! And finally, in Ultimate Extinction, it’s time for the coming of Gah Lak Tus! And his arrival could mean the end of all life on this planet! Not even the power of S.H.I.E.L.D. or the brilliance of Fantastic Four leader Reed Richards seems able to stop its inexorable march to Earth. What role do the Ultimate X-Men have in this drama? And who on Earth is Misty Knight and how does she know the fate of our world may rest with – Ultimate Silver Surfer?

In what remains my favorite Marvel crossover in recent memory, The Ultimate Galactus Trilogy gives one of the Marvel U’s deadliest foes the summer blockbuster treatment. Galactus, “destroyer of worlds,” is heading to Earth, and it sends all of the planet’s greatest protectors scrambling to find a way to stop this unknown entity from eating our world.  This one features not just The Ultimate Avengers, but the X-Men and the Fantastic Four…so hold onto your butts. [Find a shop near you] 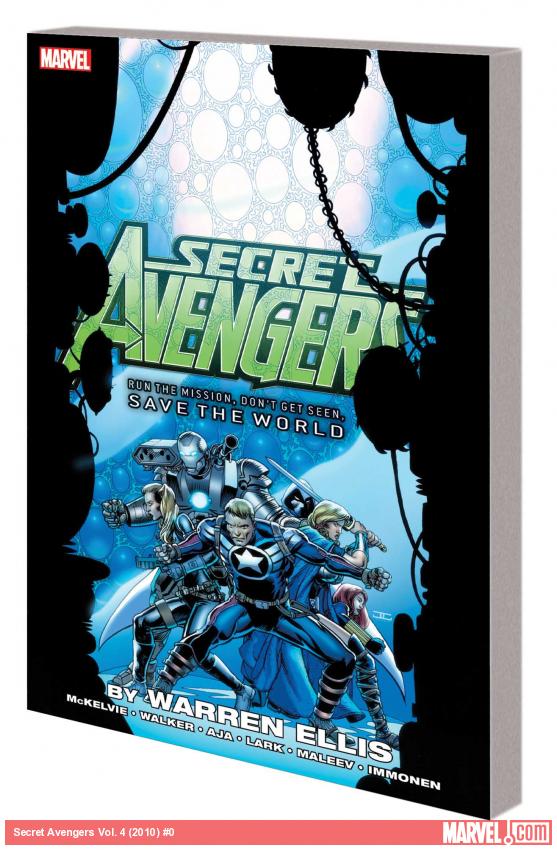 Secret Avengers: Run the Mission, Don’t Get Seen, Save the World

One visionary writer. Six superstar artists. Six missions. Six chances to save the world. No time to lose. No margin for error. And no one will ever know — unless they lose.

Bad ass. Pure bad ass. Captain America leads a covert squad of Marvel vigilantes on a series of standalone covert ops that the regular Avengers dare not embark upon. His squad represents the toughest of the tough and they take no prisoners as they complete some of the weirdest missions in Avengers’ history. [Find a shop near you]

Also recommended: Rick  Remender’s Uncanny X-Men. Not an Avengers title, but a great title to compliment this one.

And that’s that. These, of course, are just some of our favorites, but you should get all the comics! Like on Saturdat! On Local Comic Shop Day! Why? Because comics are kinda great. You really won’t find anything as unique as what you will find within the pages of a Marvel, DC, Image, Dark Horse, Oni, or IDW title (just to name a few). So find your nearest shop, find out if they are participating in LCSD, and do yourself a favor by picking up some of the titles above. You will not regret it.