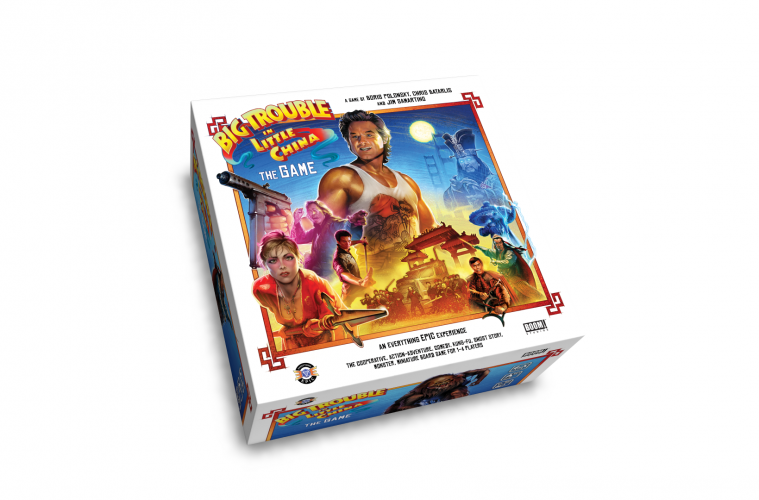 THERE’S A ‘BIG TROUBLE IN LITTLE CHINA’ BOARD GAME

Today, Everything Epic and Flipside are proud to announce that domestic and international preorders are now being accepted for the highly-anticipated cooperative board game, “Big Trouble in Little China: The Game!” Priced at $99.95, fans of this cult classic film as well as board game enthusiasts are invited to visit www.bigtroublegame.com to secure their deluxe special edition copy and bring the action home.

In partnership with BOOM! Studios and Twentieth Century Fox Consumer Products, “Big Trouble in Little China: The Game” is currently in the final stages of development and is the brainchild of Chris Batarlis (Everything Epic) and Boris Polonsky (Flipside). The game originated from the designers’ love of the film, and the passion for making a game that would capture the magic and fun of the cult classic.

This thematic cooperative adventure game enables 1-4 players to work together and experience the events that they remember from the film as well as create new adventures of their own. Dozens of film-inspired story-quests bring all the action front and center, and 40 highly detailed miniatures fire up the imagination.

The game plays in two acts: Act One, “The Quest for Little China,” uses the front side of the game board– Chinatown–while Act Two, “The Final Showdown,” takes place on the reverse side in Lo Pan’s Lair. Players can choose from six iconic hero characters, each with individual abilities, and use custom dice for actions, quest tasks, skill checks and combat. They will also be able to use the communal Fate Dice, which include a unique risk/reward mechanic that gives additional actions or successes for checks when needed, but it can come with a price. After completing quests and upgrading their characters, players will move to the back of the board for the big showdown with Lo Pan! Will the heroes stop Lo Pan’s evil scheme in time, or is everything gonna go to hell?

By preordering the game now, fans will receive a deluxe, limited edition version which includes the core game as well as several extra components to accommodate up to two additional players bringing the total to six. It also features an exclusive variant box and a Legacy of Lo Pan campaign-style quest line which adds new epic hero abilities as well as a unique Showdown for the second act of the game. The retail edition of the game will be available online and in stores later this year though it will not include these special edition features, so be sure to save this “green-eyed girl” before it’s too late!

“Pasted on themes or a gameplay-light licensed board game is something that was never even a possibility in this creation. Our mission in designing this game has always been to capture the theme and story of the film while making an engaging and rewarding cooperative experience,” said Chris Batarlis, President of Everything Epic. “This Epic Experience truly reflects our company motto… Of the gamer, by the gamer, and for the gamer!”

“When we set out to create ‘Big Trouble in Little China: The Game,’ we knew that we had to capture the essence of the film and make it feel like the cult classic that fans love,” said Boris Polonsky, founder and creative director, Flipside. “We developed the dual-sided game board by paying close attention to all of the details in the environments, and the miniatures were designed by intensely studying the characters to create the perfect pose, costume details, and likenesses.  It wasn’t easy… but I think we made a beautiful board game that will let fans experience that world in a brand-new way!” 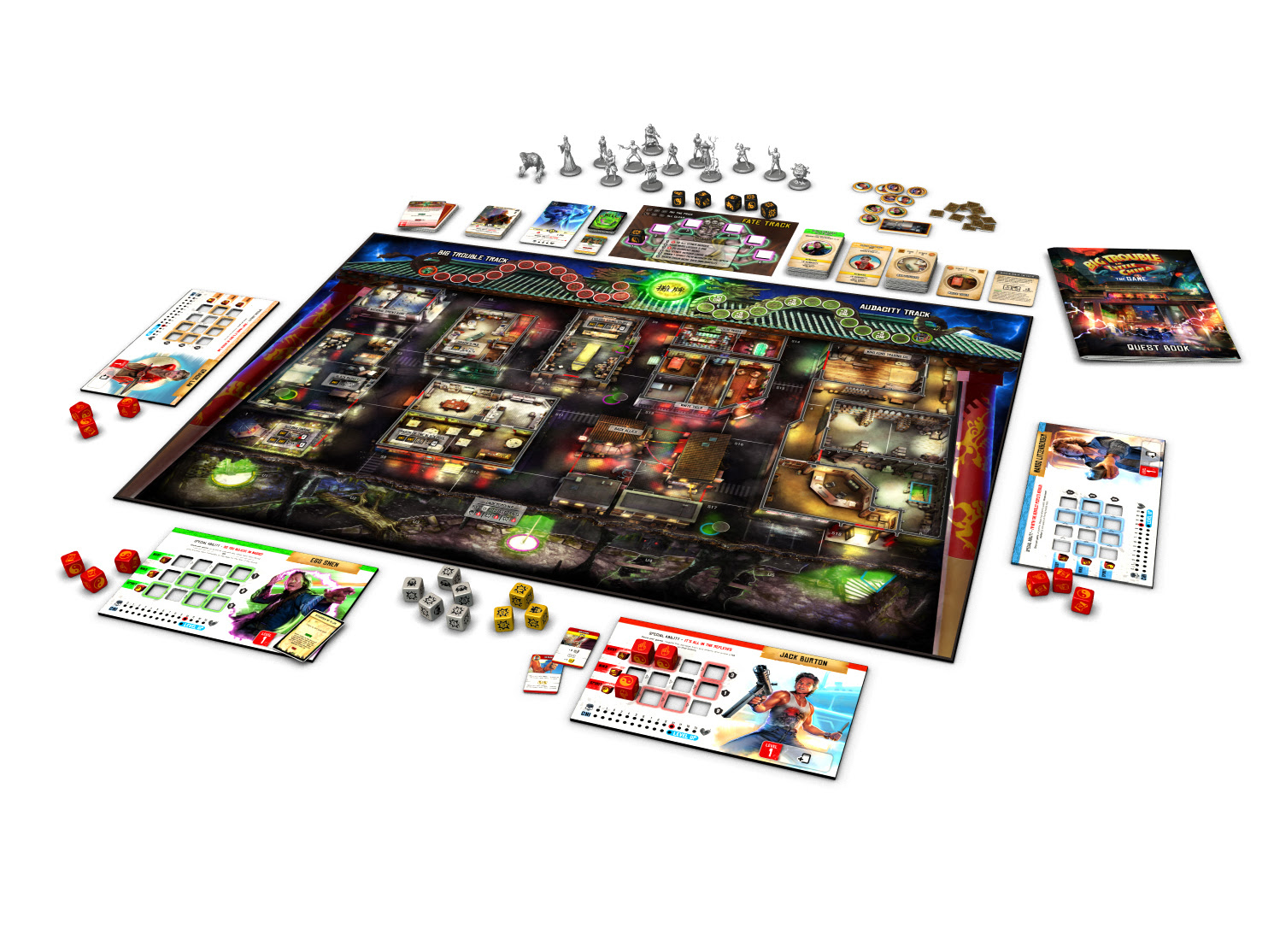 Just remember what ol’ Jack Burton does when the earth quakes, and the poison arrows fall from the sky, and the pillars of Heaven shake. Yeah, Jack Burton Just looks that big ol’ storm right square in the eye and he says, “Give me your best shot, pal. I can take it.”