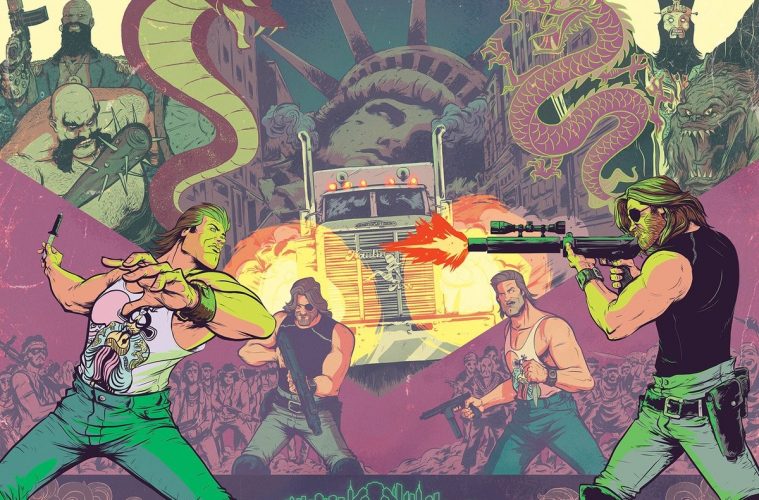 IT’S RUSSELL VS. RUSSEL IN ‘BIG TROUBLE IN LITTLE CHINA/ESCAPE FROM NEW YORK’

Not to be left out, the good folks at Boom! Studios are slowly unveiling some major announcements as they (and all of geekdom) head into San Diego Comic-Con. Already the comics publisher has revealed a new line of WWE titles and plans for an upcoming big screen adaptation of The Empty Man series, but it’s this latest announcement that’s got us here at Action A Go Go the most excited…

Our third announcement in the #RoadToSanDiego reveals our upcoming BIG TROUBLE IN LITTLE CHINA/ESCAPE FROM NEW YORK crossover limited series, debuting in October!

That’s right: Jack Burton meets Snake Plissken in the most unlikeliest of team-ups that will shake the pillars of heaven! Written by Greg Pak (Totally Awesome Hulk, Action Comics) with art by Russ Manning Award nominee Daniel Bayliss (Kennel Block Blues, Translucid), the six-issue limited series is the first time two John Carpenter creations have crossed over in any format, and he’s excited about it! 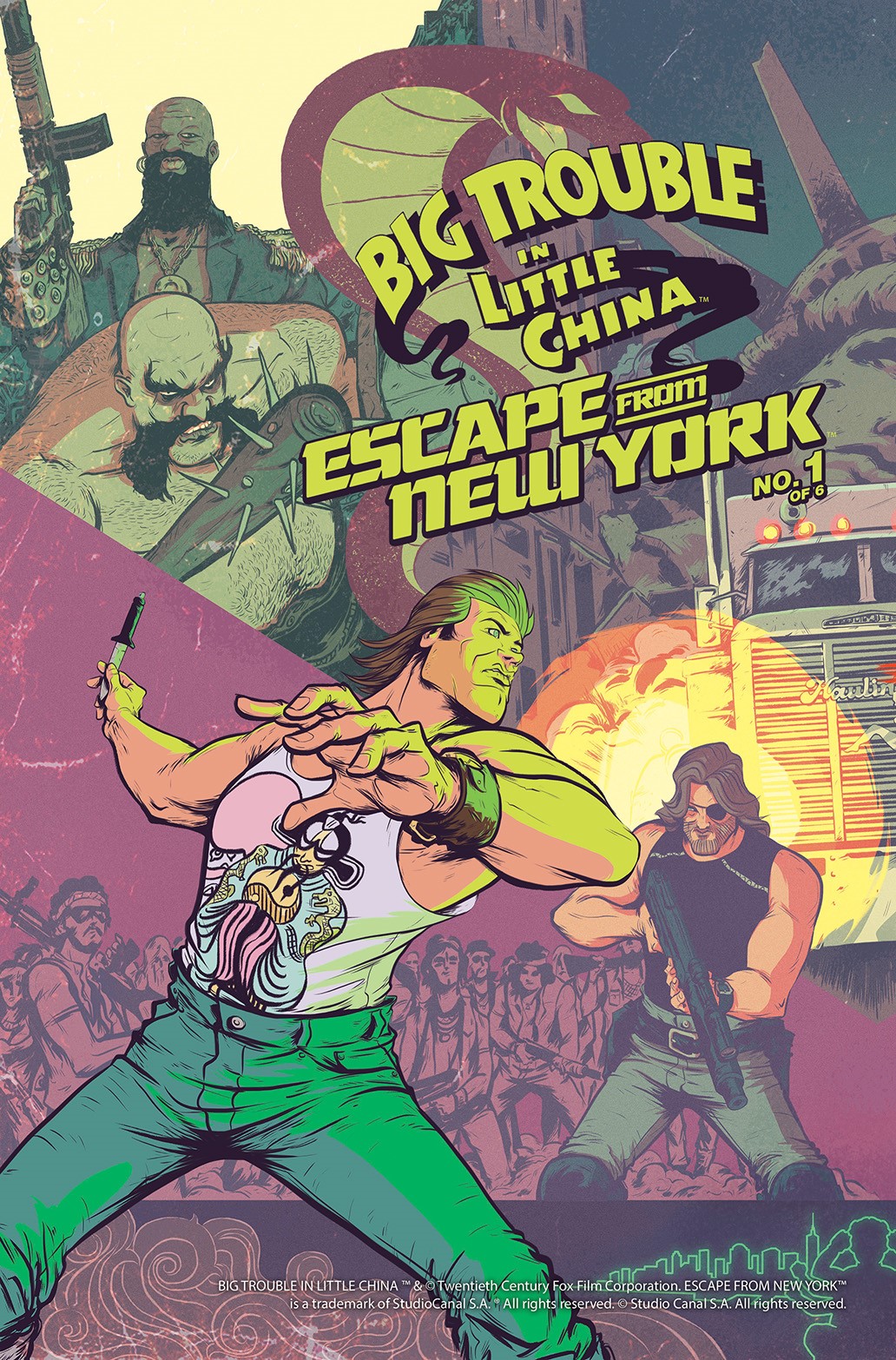 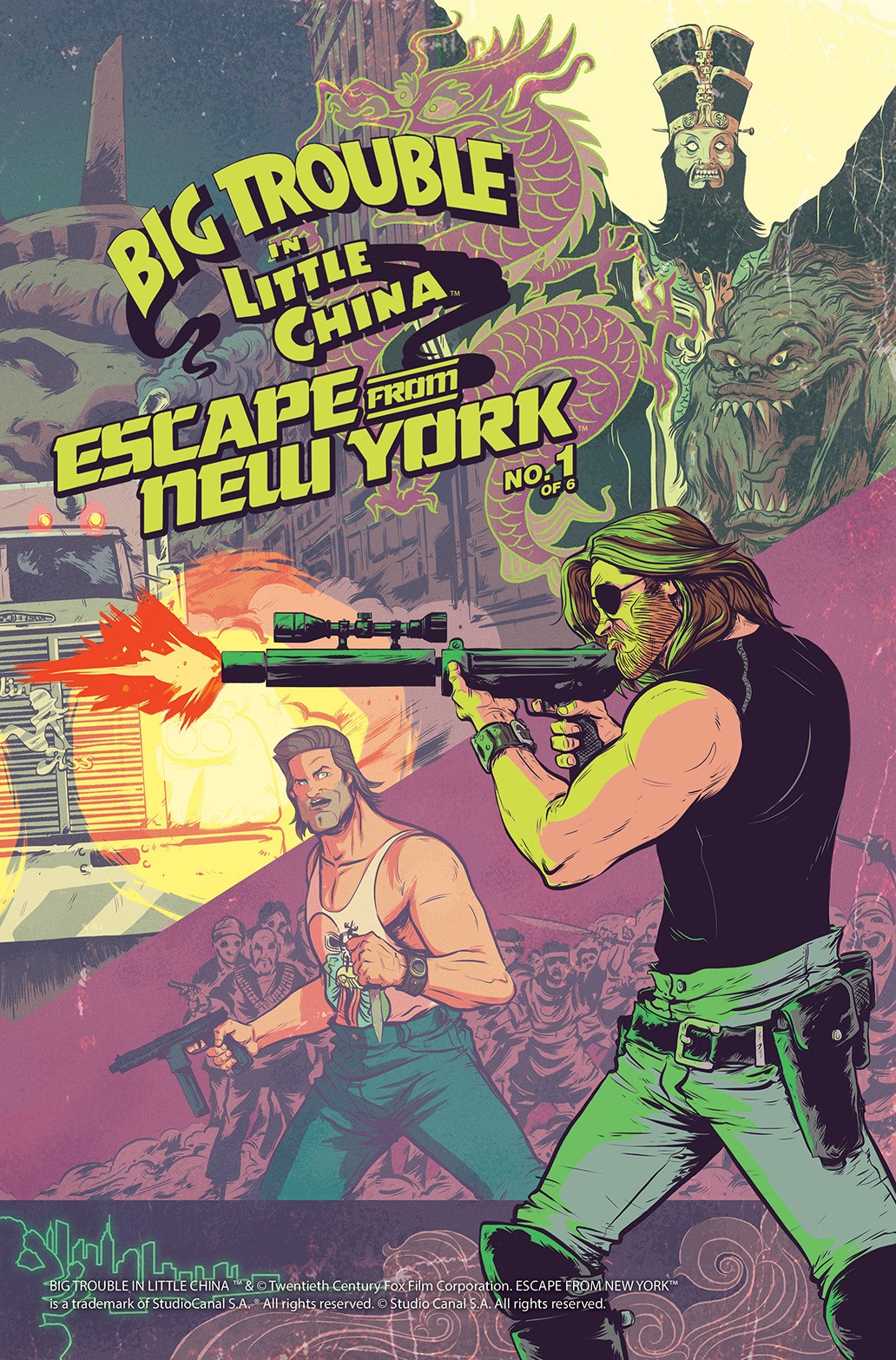 Here they are in a connecting image without logos: 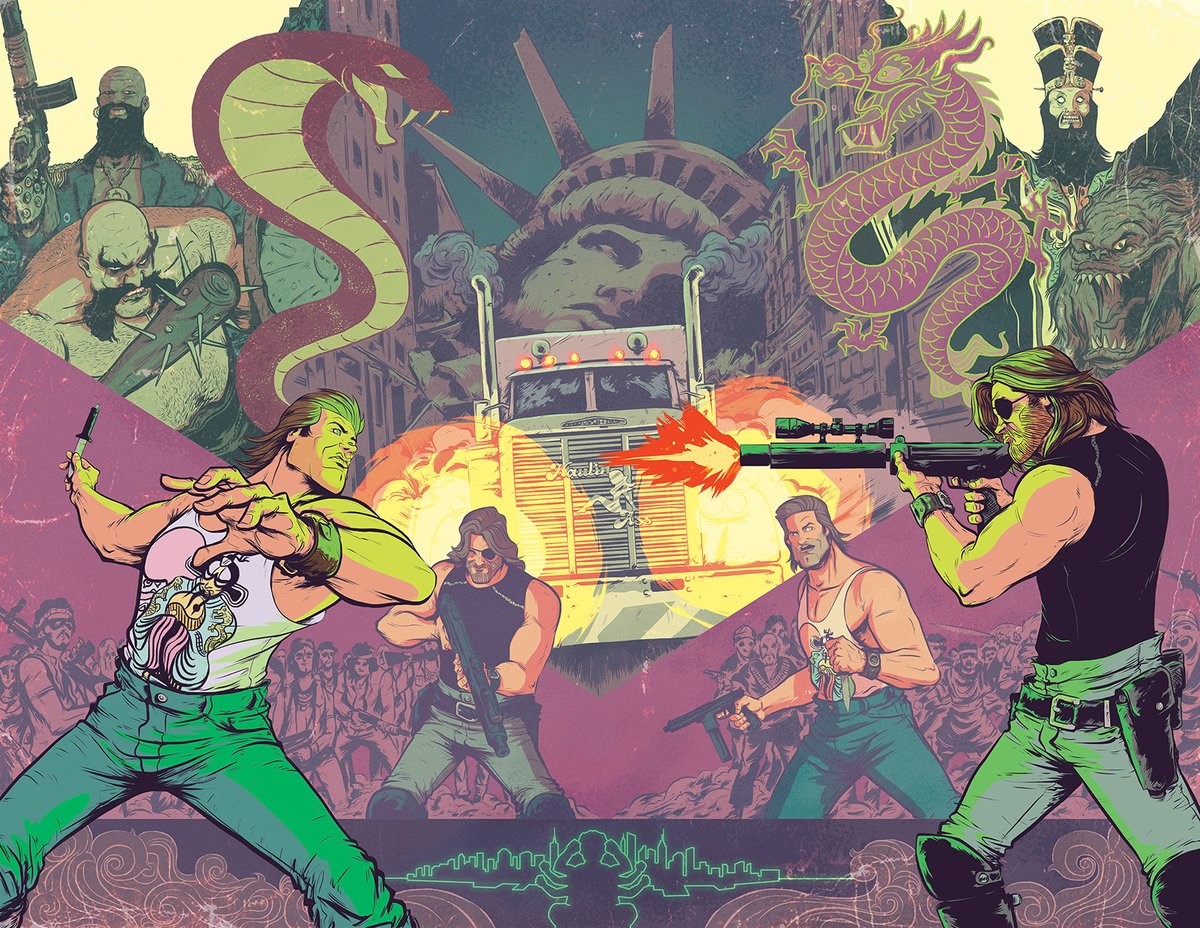 It’s Russell vs. Russell! It’s Carpenter vs. Carpenter! Plissken vs. Ol’ Pork Chop! It’s…well, you get the idea.

Stay tuned to Action A Go Go for more on what promises to be one action-packed crossover.