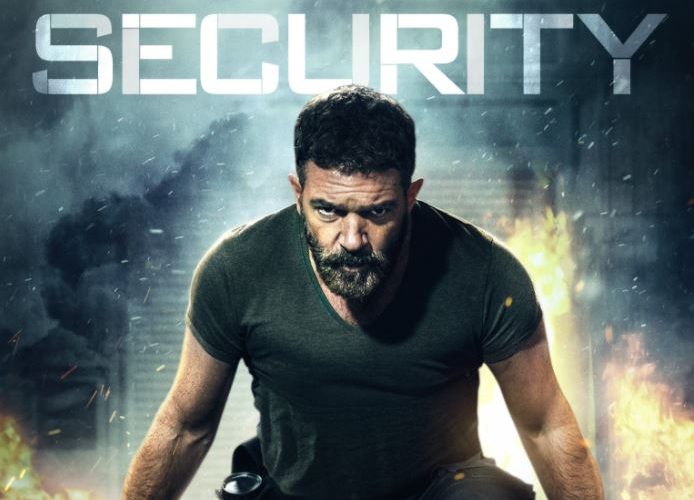 BEN KINGSLEY AND ANTONIO BANDERAS FACE OFF IN ‘SECURITY’

DIE HARD in a mall. That’s the first thing that came to mind watching the trailer for Antonio Banderas’ SECURITY…but I’m not going to hold it against it. Any attempt to mine the DIE HARD formula is fair game at this point. Especially when it isn’t being mined by another DIE HARD sequel.

An ex-special services veteran (Antonio Banderas), down on his luck and desperate for work, takes a job as a security guard at a run-down mall in a rough area of town. On his first night on the job, he opens the doors up to a distraught and desperate young girl who has escaped and fled from a hijacking of the Police motorcade that was transporting her to testify as a trial witness in a briefcase. Hot on her heels is psychopathic hijacker (Ben Kingsley), alongside his resourceful henchmen, who will stop at nothing to extract and eliminate their witness.