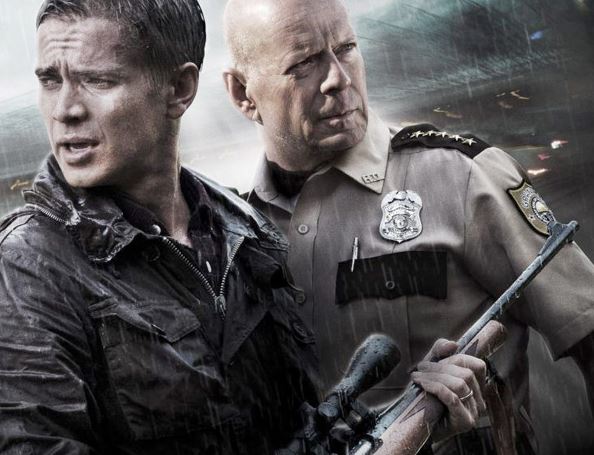 ‘FIRST KILL’ WHATEVER YOU DO…DON’T TELL THE COPS!

Bruce Willis has been in his fair share of mid-tier actioners lately, but actor Hayden Christensen…that’s a name I haven’t heard in a looooong time. (See what I did there?) Both men star in FIRST KILL, a new crime-thriller from director Steven C. Miller.

This makes the third collaboration between Miller and Willis.  While I’ll admit I’m not familiar with their other movies together (2015’s EXTRACTION and 2016’s MARAUDERS), Miller does seem to be on the rise. Especially with action actors of yesteryear. ARSENAL, one of his previous crime-thrillers,  saw him teaming up with a scenery-chewing Nicholas Cage, and the director has also secured two upcoming sequels to Arnold Schwarzenegger and Sylvester Stallone’s ESCAPE PLAN. He might be one to keep an eye on.

In order to reconnect with his son Danny (Ty Shelton), big shot Wall Street broker Will (Hayden Christensen) takes his family on a hunting trip to the cabin where he grew up. While out hunting with Danny, the trip takes a deadly turn when they stumble upon several robbers and witness the murder of one of the criminals.
After becoming entangled in a bank heist gone bad that results in the kidnapping of Danny, Will is forced to help the kidnappers evade the police chief (Bruce Willis) and recover the stolen loot in exchange for his son’s life.