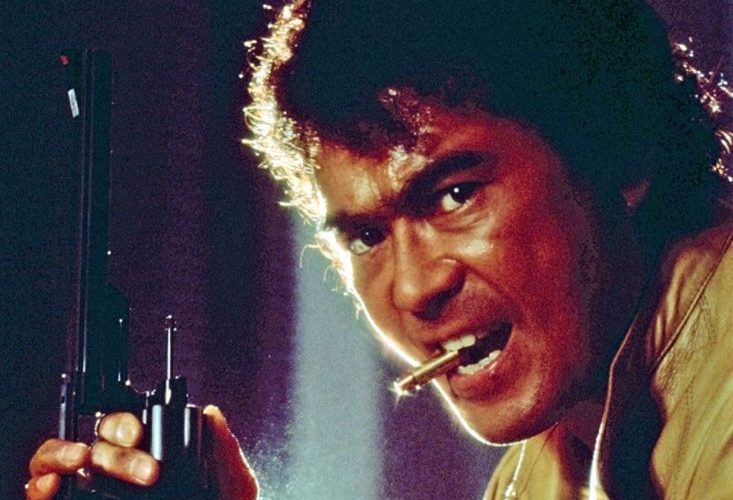 As spring begins to turn into summer, Arrow Video has some real treats in store for cult film fans, with a fantastic blend of horror and action in June.

First up, Arrow Video brings you the classic Madhouse, a terrifying bloodbath that is fantastically gruesome. Directed by Ovidio Assonitis (The Visitor, Piranha II: The Spawning) this Italian production was shot entirely on location in Savannah, Georgia and blended the OTT excesses of Italian horror with the traits of the US slasher movie trend. A must-view for fans of grisly cinema.

This month’s Limited Edition release comes in the form of Dario Argento’s acclaimed directorial debut, The Bird With the Crystal Plumage. This is the film that redefined the giallo genre and began Argento’s golden era of filmmaking. With the Dual Format release gorgeously showing off Vittorio Storaro’s sumptuous cinematography and Ennio Morricone’s seductive score, the film has never looked or sounded better as it does here with its brand new 4K restoration.

Last but not least is a treat for fans of Japanese cinema with the release of Kinji Fukasaku’s Doberman Cop. Never before released on video outside Japan, this oddity is based on a popular manga and was released just as the popularity of the yakuza movie was waning. Starring Shinichi “Sonny” Chiba, this American-style crime film is an action-comedy that’s one of Fukasaku and Chiba’s most enjoyable films as Chiba channels a Japanese Dirty Harry. A real missing link in 1970s Japanese cinema.

Released just as the popularity of yakuza movies was waning in Japan, and as the country’s film industry was undergoing some fundamental shifts, Doberman Cop is a unique entry in the career of director Kinji Fukasaku (Battles Without Honor and Humanity, Cops vs Thugs), and reunited him with star Shinichi “Sonny” Chiba (The Street Fighter, Wolf Guy) in an American-style crime movie that mixes gunplay and pulp fiction with martial arts and lowbrow comedy to create one of their most entertaining films. 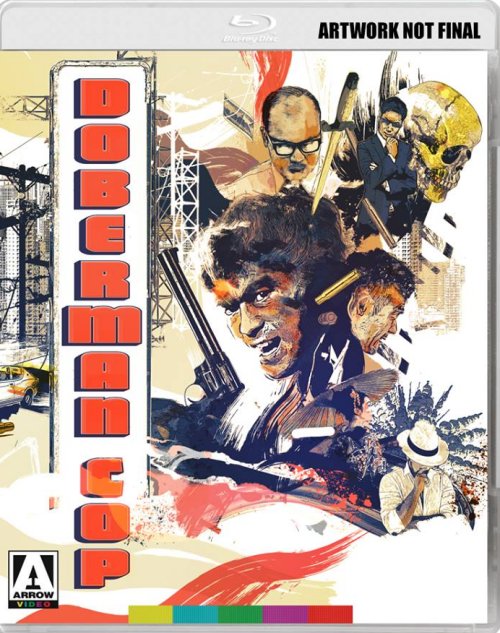 Based on a popular manga by “Buronson” (creator of Fist of the North Star), Doberman Cop follows the fish-out-of-water adventures of Joji Kano (Chiba), a tough-as-nails police officer from Okinawa who arrives in Tokyo’s Kabuki-cho nightlife district to investigate the savage murder and mutilation of an island girl who had been working as a prostitute. Initially dismissed as a country bumpkin (complete with straw hat and live pig in tow!), Kano soon proves himself a more savvy detective than the local cops, and a tougher customer than anyone expected. As he probes deeper into the sleazy world of flesh-peddling, talent agency corruption and mob influence, Kano uncovers the shocking truth about the girl, her connection to a yakuza-turned-music manager (Hiroki Matsukata), and a savage serial killer who is burning women alive.

Made to appeal both to the youth market with its biker gangs and popular music, as well as to old-time yakuza movie fans, Doberman Cop is an surprising oddity in Fukasaku’s career, his sole film adapted directly from a manga and never before released on video outside of Japan. Featuring Chiba at his charismatic best — channeling a Japanese Dirty Harry while doing all his own stunts — and Fukasaku at his most fun, deftly showcasing the combined talents of his “Piranha Army” stock company of actors and other regular players — Doberman Cop is a classic action comedy and a missing link in 1970’s Japanese cinema deserving of rediscovery. 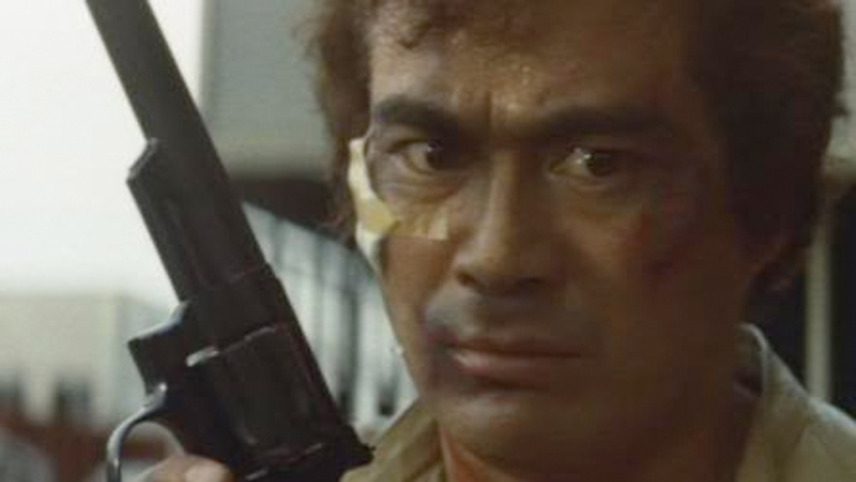