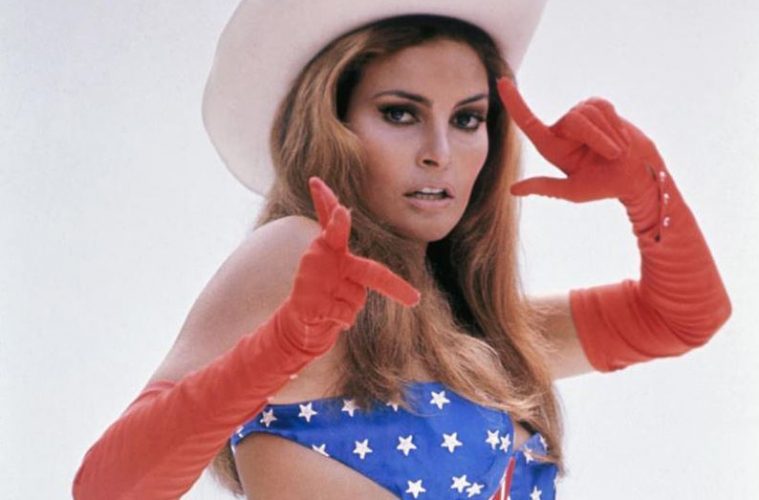 How can you argue with this patriotic pose? 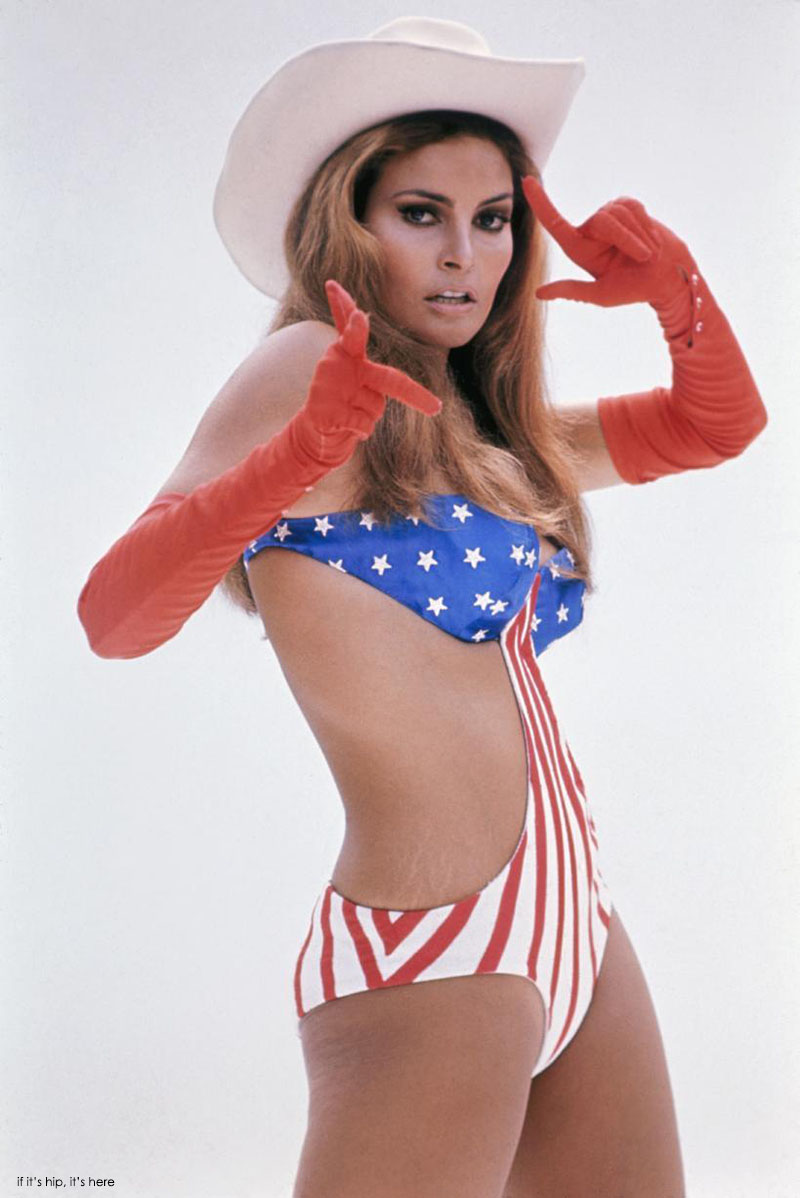 Raquel Welch knows how to celebrate the 4th, and I want to thank her for it!  This iconic Actress burst onto the movie scene in the mid-60’s with a popular film that resulted in the most iconic pin-up poster of the decade… 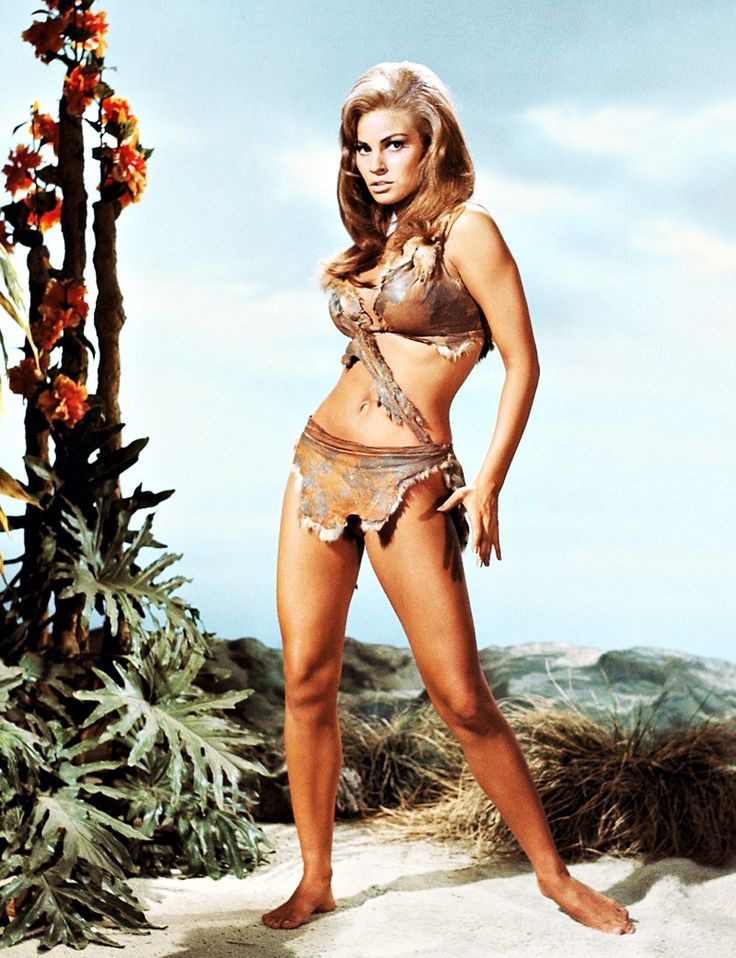 This image, of Raquel in an animal skin bikini, was the best-selling pin-up poster of the 60’s, and turned her into an international sex kitten – a picture that was taken originally from the set of her first movie, the smash hit One Million Years B.C.

I LOVE when the trailer proclaims, “Introducing Raquel Welch, the amazing star discovery of this, or any year!” Check it out:

Raquel also starred in the 1971 western “Hannie Caulder”, and as you can see, there wasn’t much of a wardrobe budget for the film! 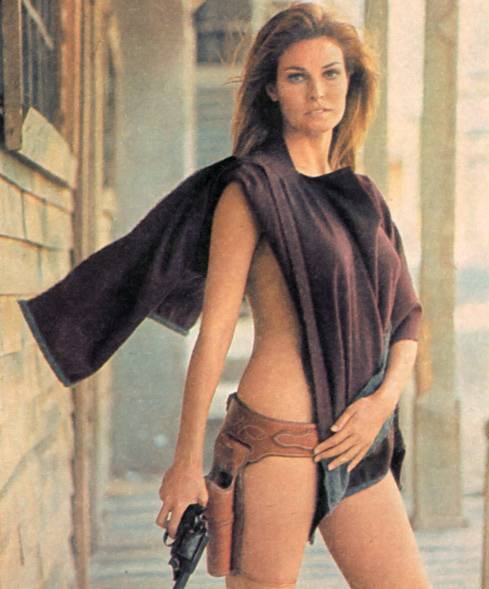 Welch was one of the world’s greatest sex kittens, but she’s also a great Actress – everything from comedies like Fuzz with Burt Reynolds to the great 70’s “whodunnit” The Last Of Shiela.

Here is a more in-depth at her career, especially her hilarious “Seinfeld” appearance!

Thanks for the holiday celebration Raquel!