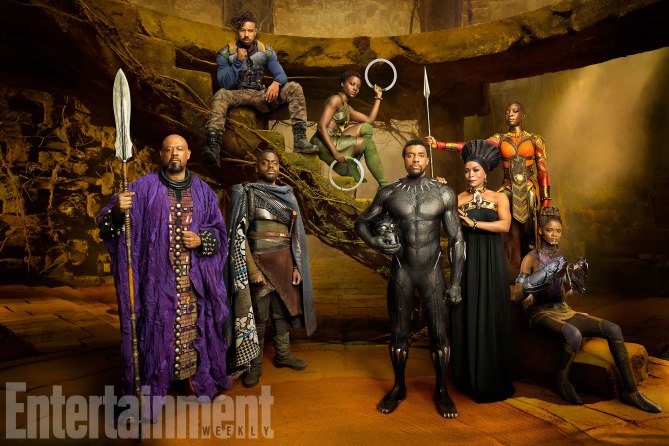 And Action!: Revel in the Power and Glory of Black Panther

I’m not going to say much. Nothing I can say can possibly capture the opulence, the decadence, the pure majesty of this film, Black Panther. Ryan Coogler — the young gawd of this film shit — along with the powerhouse that is Marvel Studios, blessed us with a teaser trailer last month during the NBA Finals. And that was just a month and some change after they wrapped production. Like, the CGI wasn’t even 100% and they gave us a teaser that had the entire internet on fire.

Well, if the teaser set these digital streets on fire then Entertainment Weekly hit us with them scorched earth tactics. San Diego ComicCon is next weekend, and EW released its preview of the event online and on newsstands Friday and who else graces the cover and is the cover story than Black Panther?

We have plenty of pictures and information to hold us over until ComicCon next week, and hopefully we’ll get another trailer. Peep the pics down below, courtesy of EW.com.

Can we just pause for a moment and admire what this photo is serving us?

Thanks again to Entertainment Weekly for the pictures. The stories are available online and will be available in print this Friday.