Boy this production has been through some ups and downs. First it was reported that star Channing Tatum wanted out and was threatening to quit. In the end the studio said the rumors were false and that he was starring. Then a few months ago, director Rupert Wyatt (Rise of the Planet of the Apes) quit the production, citing creative differences. Now it looks like the search for a director is over.

Several sources are saying that Edge of Tomorrow director Doug Liman is being lined up, even with Jeff Sneider of the Wrap stating that Tatum himself is trying to talk Liman into directing.

True that Channing Tatum has been courting Doug Liman to direct GAMBIT. We'll see if he goes for it though… 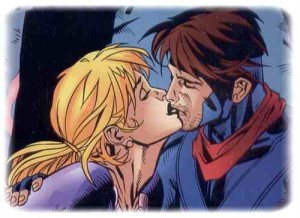 Gambit is one of the characters in the X-Men universe, in “X-Men Origins: Wolverine” Taylor Kitsch played the role. Tatum signed to take over the role in May of last year. Spectre Bond Girl Lea Seydoux is rumored to play Bella Donna Boudreaux. Currently Gambit has a release date set for October 7,2016 but that can always change.

Sources: NEW YORK DAILY NEWS | Chew Defense on Twitter | Action A Go Go on Twitter and Instagram | Be sure to leave your thoughts in the comments section!