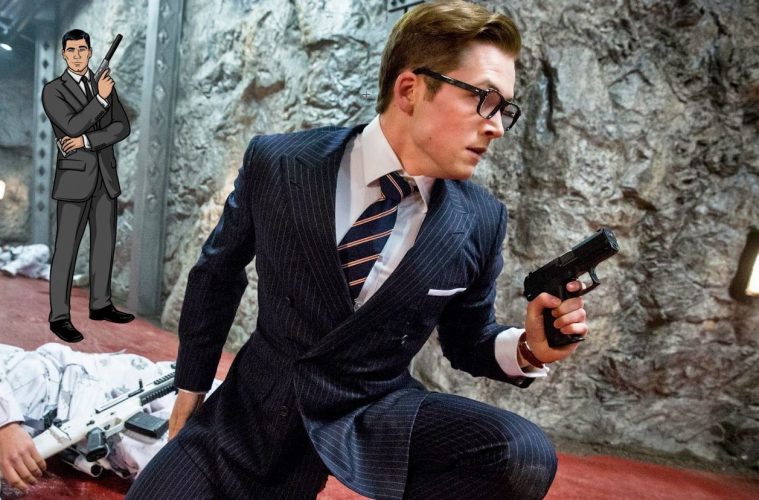 First up, there was the reveal of an all-new “red band” trailer to KINGSMAN 2: THE GOLDEN CIRCLE. I have to admit, I was on the fence after the last trailer, but after seeing the physical gags in this recent one…I’m in.

More after the action.

But I mentioned there was more. Sure enough, before showcasing the red band trailer, attendees in Hall H were treated to this amusing short where KINGSMAN’s Eggsy meets Sterling Archer of ARCHER…

Seeing how KINGSMAN and ARCHER have more in common than, say KINGSMAN and James Bond, I’m actually wanting a straight-up ARCHER/KINGSMAN crossover episode on FX.

Hey, Fox owns the rights to both. Why not?