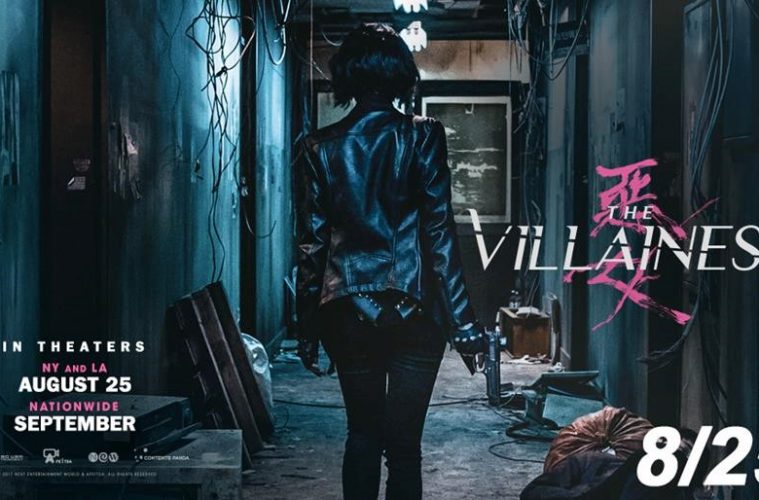 We have been working tirelessly over here at Well Go to bring our fans the best movies from around the world. This month we have new and exciting movies coming to theaters EVERY WEEKEND. Time to get off the couch and head out to a theater near you, Warriors, because we’re closing out the summer with a bang! – Well Go USA

5. The Legend of the Naga Pearls opens in theaters August 25th…

After being defeated by humans centuries ago, the Winged Tribe has lost their ability to fly.
Seeking vengeance, a royal descendant of the tribe has begun searching for the magical Naga Pearls, which he plans to use to destroy the humans. When the legendary pearls fall into – and out of – the hands of Heiyu, a wily human street punk, he must join a team of unlikely heroes as they race to prevent the destruction of their people in this magical fantasy adventure.

In this slick, high-stakes action-adventure, the world’s top thieves join forces to pull off the heist of a lifetime. But when they find themselves pursued across Europe by a legendary French detective (Jean Reno), they’ll have to take their game to the next level.

3. Once Upon A Time graces theaters August 11th…

Based on the best-selling fantasy novel Three Lives Three Worlds, Ten Miles of Peach Blossoms, ONCE UPON A TIME is a story of epic battles, deep passion, and the powerful forces that drive mortals and gods alike toward revenge, loyalty, and eternal love.
Bai Qian, a goddess and monarch from the Heavenly Realms, is sent to the mortal world to undergo a trial to become a High Goddess. There, she meets Ye Hua, with whom she falls in love and marries. When an old enemy reappears in her life, everything she holds dear is threatened.

“A Universal Story of injustice filled with rich characters, which is told with a character that is hard to resist.” Pierce Conran, Screen Anarchy
In this powerful true story set in 1980, a down-on-his-luck taxi driver from Seoul is hired by a foreign journalist who wants to go to the town of Gwangju for the day. They arrive to find a city under siege by the military government, with the citizens, led by a determined group of college students, rising up to demand freedom. What began as an easy fare becomes a life-or-death struggle in the midst of the Gwangju Uprising, a critical event in modern South Korea.

“Vixen-led vengeance doesn’t get much more exciting than this.” Kayln Corrigan, Bloody Disgusting
Bloody revenge is at the heart of this stylish, kinetic action-thriller that gives a welcome shot of adrenaline to the classic femme fatale story. Honed from childhood into a merciless killing machine by a criminal organization, assassin, Sook-hee, is recruited as a sleeper agent with the promise of freedom after ten years of service – and she jumps at the chance for a normal life. But soon enough, secrets from her past destroy everything she’s worked for, and now nobody can stand in her way as she embarks on a roaring rampage of revenge.