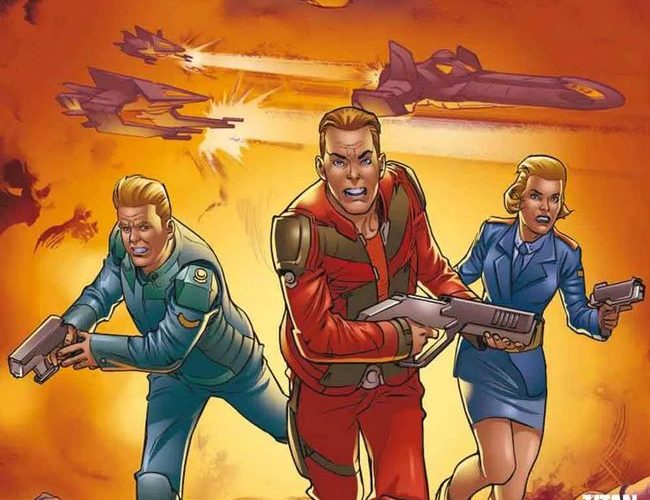 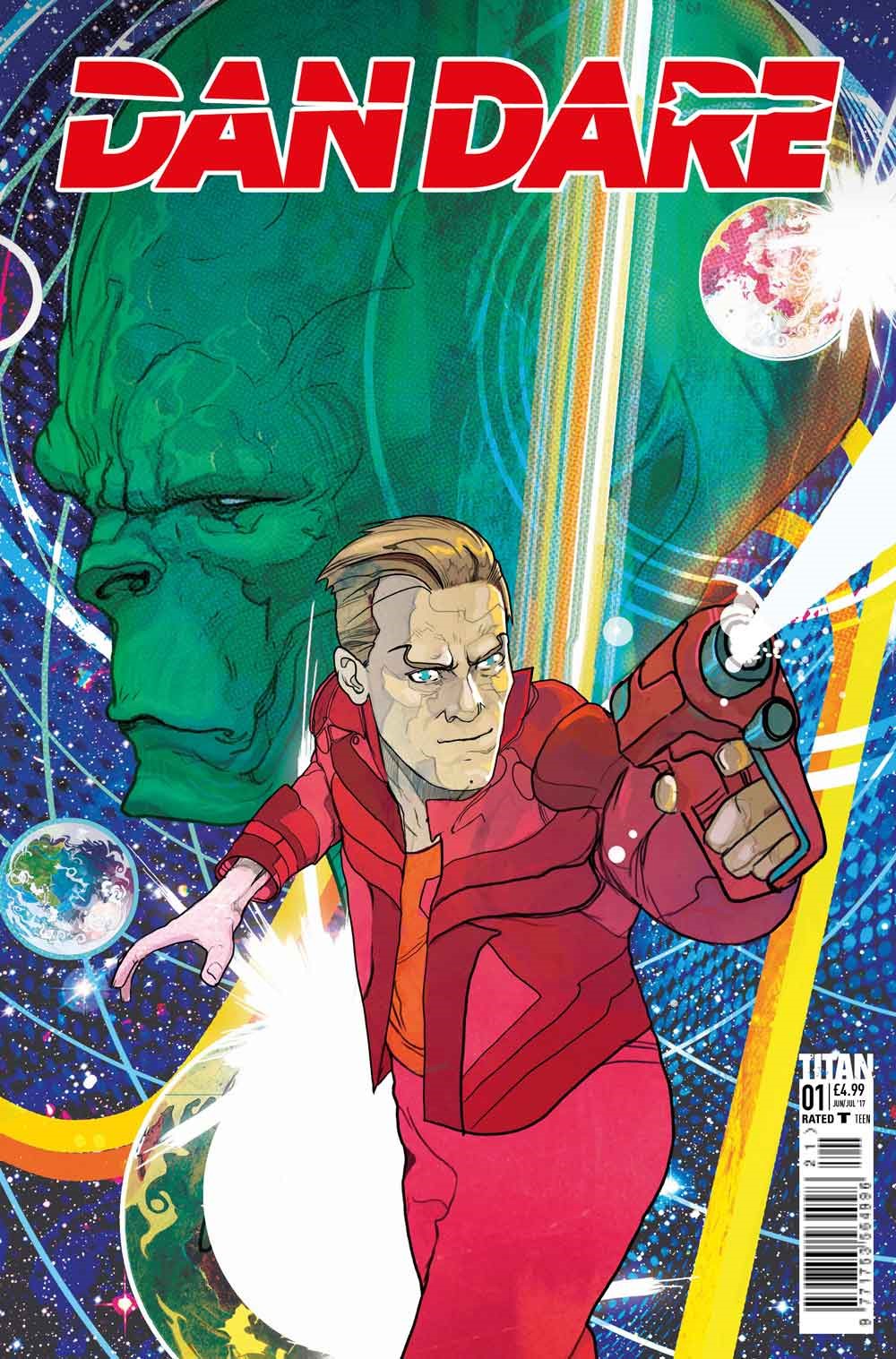 Since 2004, Titan has been re-publishing the entire classic back catalogue of Dan Dare. Titan Comics’ new series is set to jumpstart new adventures of the classic strip that originally ran in the iconic British publication, The Eagle from 1950 to 1967. 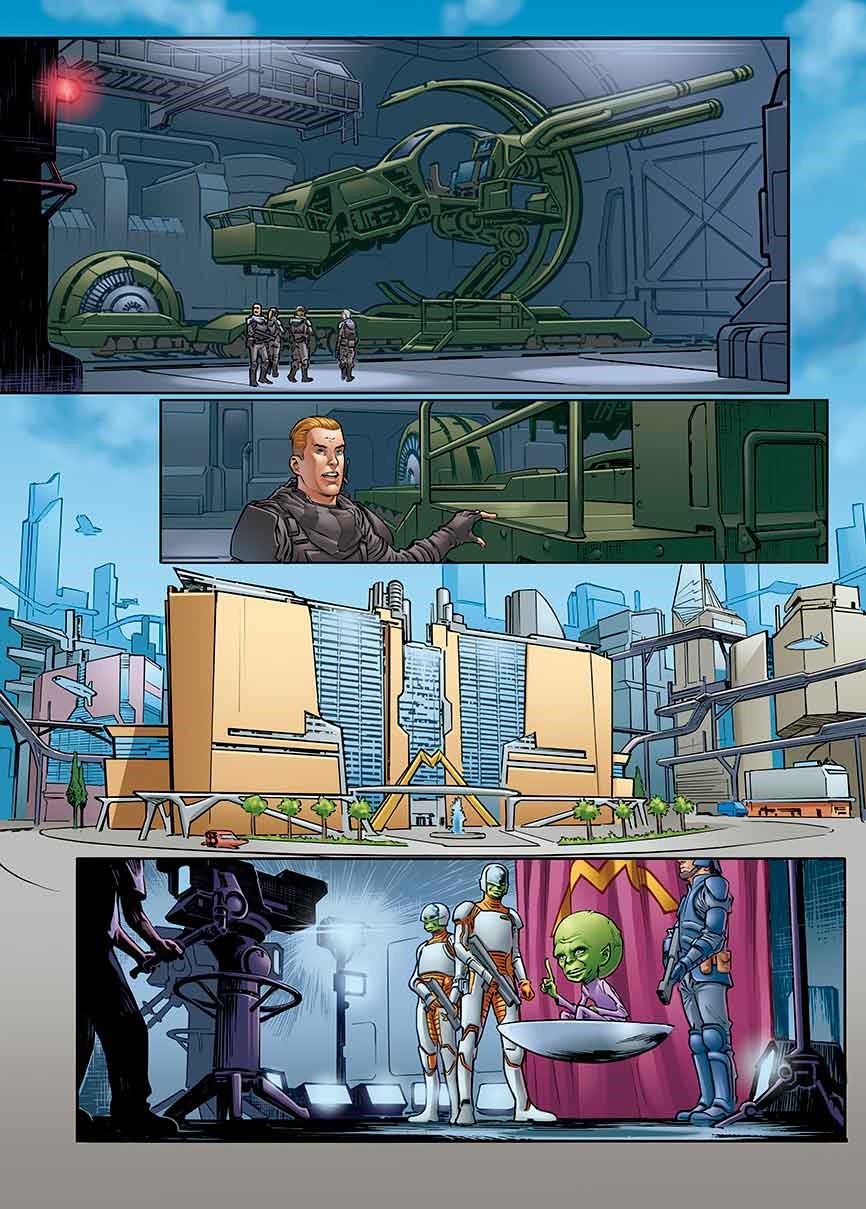 Dan Dare is one of the best known (and loved) British comic book characters. Originally created by the Reverend Marcus Morris and visionary illustrator Frank Hampson, Dan Dare thrilled audiences through its initial 17-year history with its epic, planetary sagas, rip-roaring high-adventure and beautifully illustrated comic-strip art by Hampson and a slew of legendary artists including Frank Bellamy, Don Harley and Keith Watson. 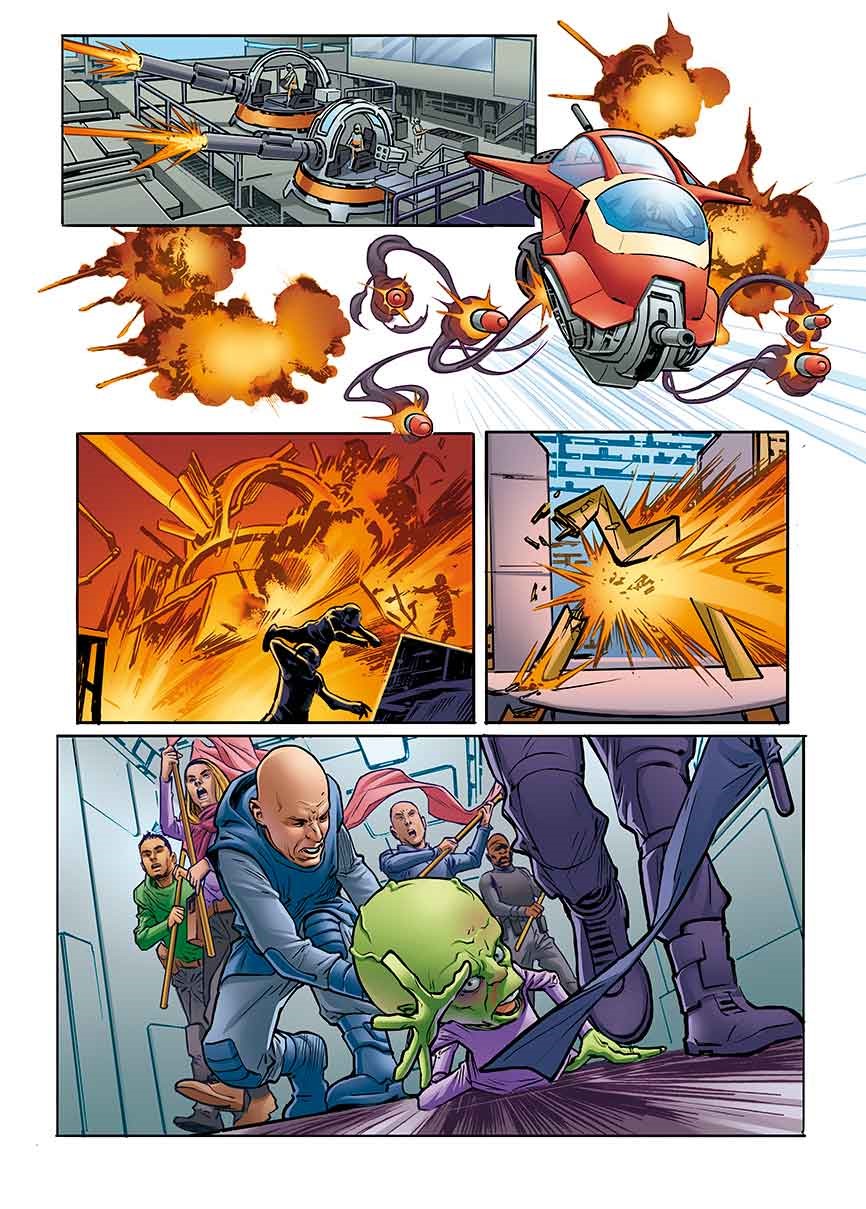 In this brand-new tale, the Sol System is at peace for the first time in human history and Dan Dare doesn’t know what to do with himself. When an unknown alien vessel of biblical proportions arrives in the solar system and obliterates a moon of Saturn in a show of strength, Dare finds himself thrust back into a new adventure that threatens not just Earth – but all life in the entire universe! 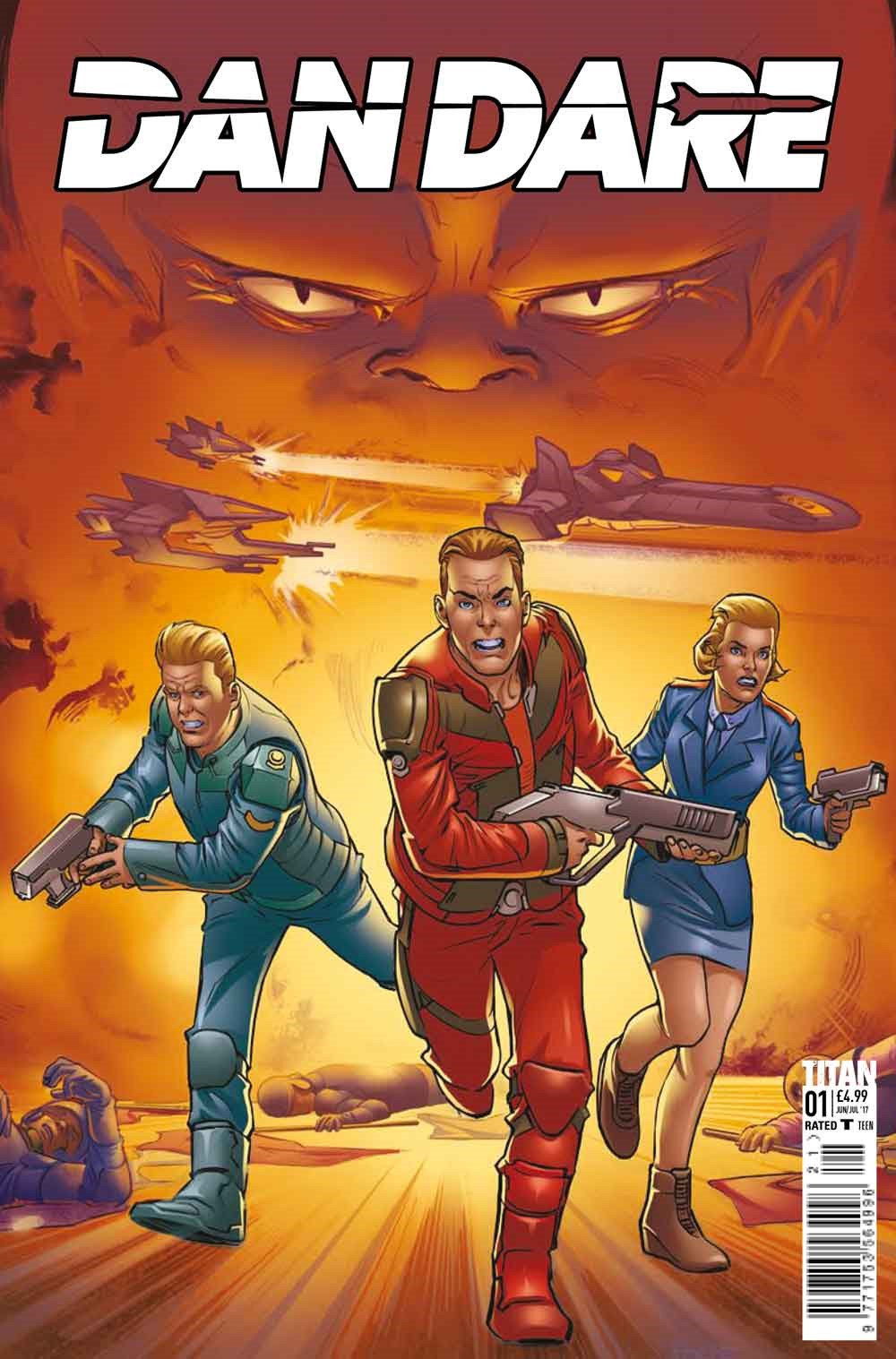 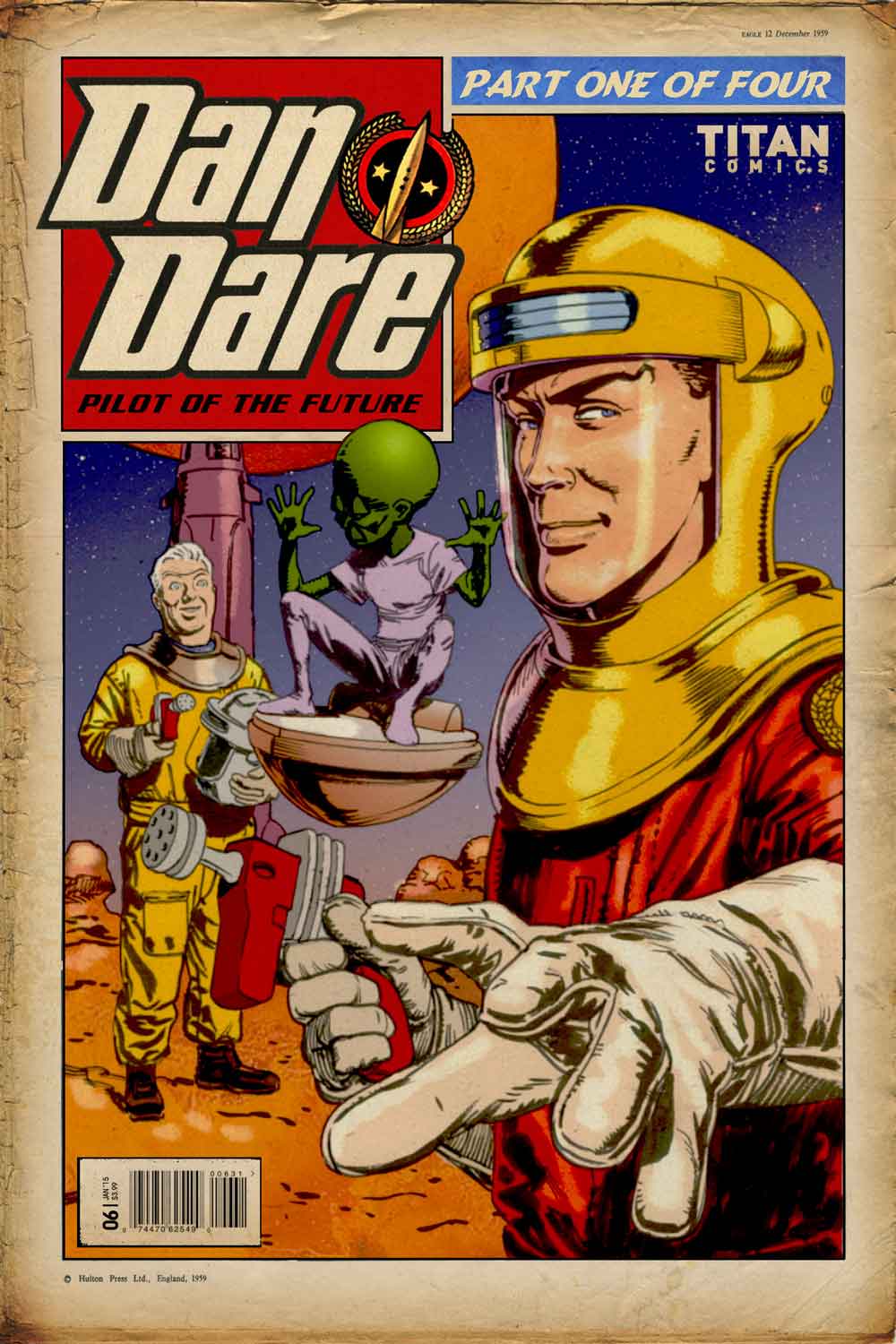 Dan Dare #1 will go on sale in comic stores on October 11, 2017 for $3.99. Fans can pick up three variant covers by top-tier artists working in the industry today including; Christian Ward, series artist Alberto Fouche and a retro variant by legendary artist Chris Weston (2000AD)!

On Sale at online and IRL comic shops on October 11!